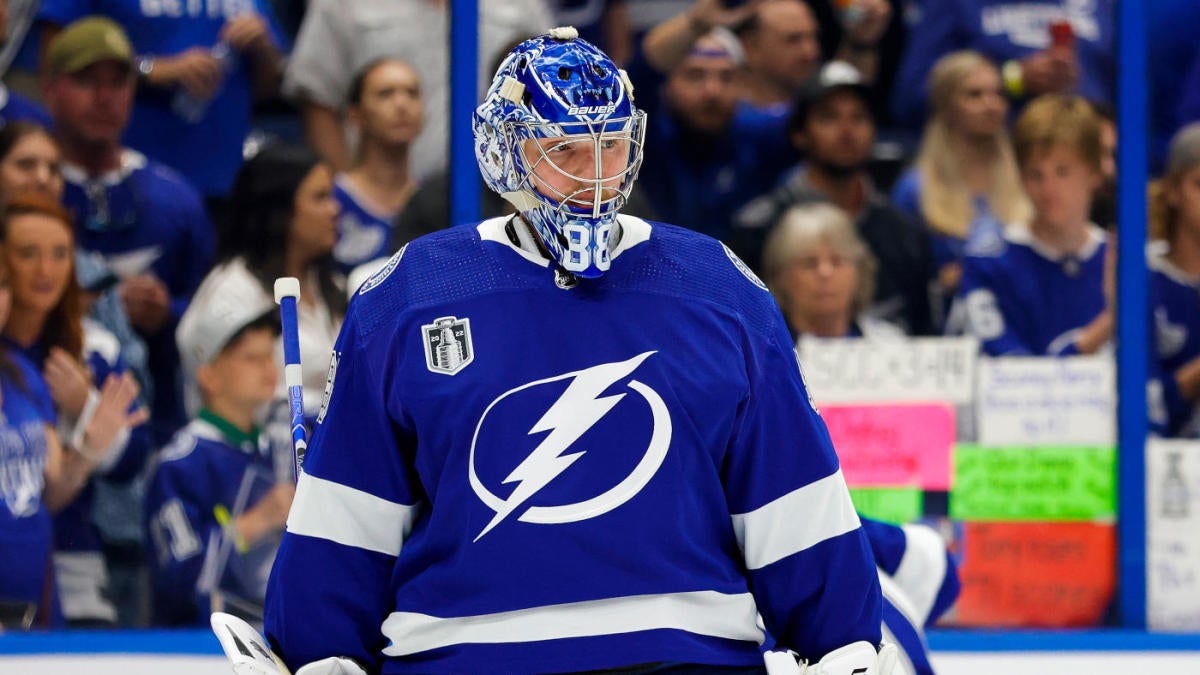 The eyes of the hockey world will be on Amalie Arena on Wednesday evening. The Tampa Bay Lightning host the Colorado Avalanche in a pivotal Game 4 matchup of the 2022 Stanley Cup Final. Colorado won the first two games, highlighted by a blowout Game 2 victory. Tampa Bay returned the favor in Game 3 by scoring six goals and avoiding a 3-0 series deficit.

Opening face-off is at 8 pm ET in Tampa. Both teams are listed at -110 (risk $110 to win $100) on the money line in the latest Avalanche vs. Lightning odds from Caesars Sportsbook. The over-under for total goals scored is six. Before making any Lightning vs. Avalanche picks, check out the NHL predictions from the SportsLine Projection Model.

The model simulates each NHL game 10,000 times. It enters the second week of the 2022 Stanley Cup Final on a 23-18 run on its top-rated NHL side picks. Anyone who has followed it has seen profitable returns.

Now, the model has its sights on Avs vs. Lightning. You can visit SportsLine now to see the picks. Here are the NHL odds and betting trends for Lightning vs Avs:

Why the Avalanche can win

Colorado’s offense is absolutely loaded. The Avalanche are averaging 4.59 goals per game in the Stanley Cup Playoffs, leading the league by a considerable margin. Colorado hasn’t lost two straight games in the entire playoffs, and the team’s talent is off the charts. The Avalanche finished the regular season with four of the top 20 players in the NHL in points and assists, and Nathan MacKinnon is due for a breakout.

The former no. 1 overall pick doesn’t have a goal in the series, but he finished No. 7 in the NHL in averaging 1.35 assists per game during the regular season. All-Star defenseman Cale Makar is the current betting favorite for the Conn Smythe Trophy, and he has 26 points in the postseason after an uber-elite performance in the regular season. Mikko Rantanen is No. 3 in the NHL with 19 playoff assists, and Gabriel Landeskog has the second-most goals (11) in the playoffs. That includes three games with multiple points over the last four contests, and Colorado can score in multiple ways.

Why the Lightning can win

Amalie Arena has helped Tampa Bay boost its defense in recent days. The Lightning have allowed two goals or fewer in six straight games at home, and Tampa Bay has allowed only 2.70 goals per game in the playoffs with a .920 save percentage. Tampa Bay’s defense was lights-out in Game 3, and Andrei Vasilevskiy found his groove at the goalie spot. The 2019 Vezina winner and reigning Conn Smythe winner saved 37 shots on Monday, and Vasilevskiy enjoyed an excellent regular season with an NHL-leading 39 wins in goal.

On offense, Tampa Bay was in the top 10 virtually across the board, including the No. 3 shooting percentage (11.2 percent) in the NHL this season. The Lightning also have high-end talent, headlined by Nikita Kucherov. The four-time All-Star averaged 1.47 points per game this season, No. 2 in the NHL. Kucherov did leave Game 3 with a late injury, but the game was in hand when it transpired, and he posted two assists. Kucherov is the leading scorer for Tampa Bay in the postseason with seven goals and 19 assists in 20 games, and Steven Stamkos tied for the NHL lead with 11 game-winning goals this season. Stamkos has 10 postseason goals, and defenseman Victor Hedman has 15 assists in the Stanley Cup Playoffs.

How to make Lightning vs Avalanche picks

SportsLine’s model is leaning over on the total, as the simulations have the teams combining for 6.5 goals. It also says one side of the money line has all the value. You can only get the pick at SportsLine.

Is a displacement between LUNA and the dollar about to happen?