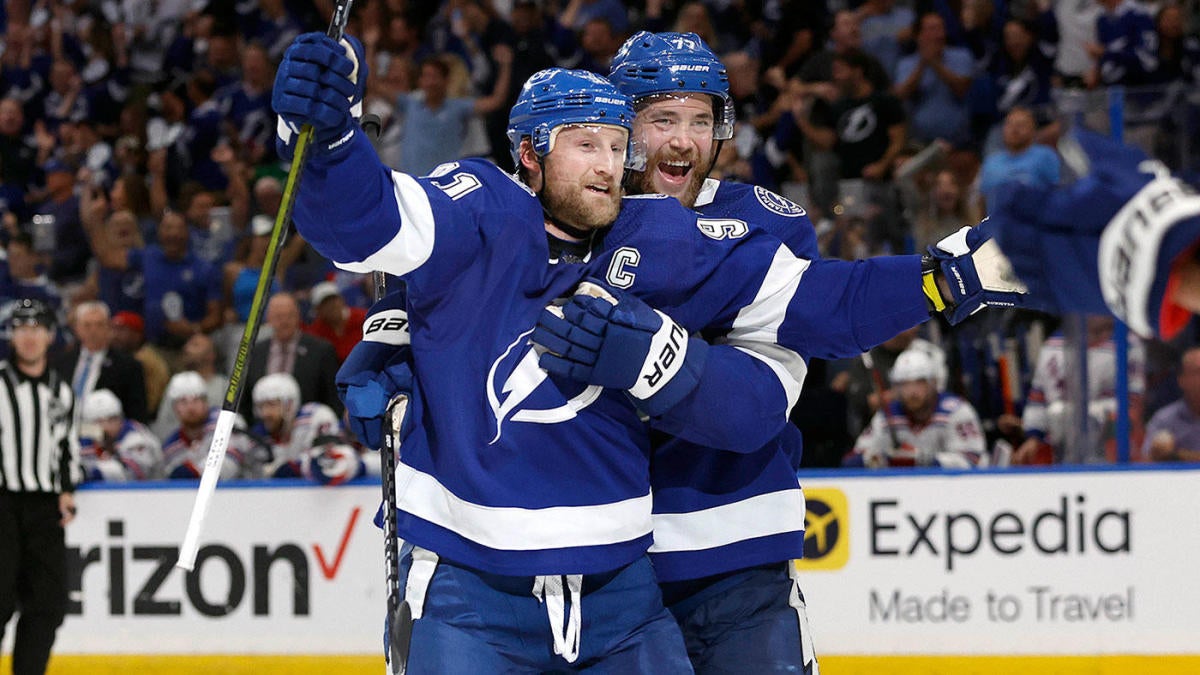 The 2022 Stanley Cup Final will continue on Sunday with Game 6 in Tampa Bay after the Lightning were able to force the series back to Amalie Arena with a 3-2 win on Friday. Ondrej Palat, Nikita Kucherov and Jan Rutta all scored for the two-time defending Stanley Cup champions in the Game 5 win and now the Lightning will look to pull off their third come-from-behind series win of the 2022 NHL Playoffs. But in order to become the first team to win three Stanley Cups in a row in 39 years, they’ll need two more wins over a dynamic Colorado Avalanche squad.

Opening face-off in Game 6 is set for 8 pm ET in Tampa. Caesars Sportsbook lists Colorado as the slight -115 favorite (risk $115 to win $100) in the latest Lightning vs. Avalanche odds. The over-under for total goals is set at six, the same it has been for the first five games in the series. Before making any Avalanche vs. Lightning picks, check out the NHL predictions from the SportsLine Projection Model.

The model simulates each NHL game 10,000 times. It enters the second week of the 2022 Stanley Cup Final on a 23-18 run on its top-rated NHL side picks. Anyone who has followed it has seen profitable returns.

Now, the model has its sights on Avs vs. Lightning. You can visit SportsLine now to see the picks. Here are the NHL odds and betting trends for Lightning vs Avs:

Why the Avalanche can win

Despite coming off a loss on Friday that denied them a chance to close out the Stanley Cup Final in front of the home crowd, the Avalanche continued to dominate the run of play in Game 5. They outshot the Lightning 37-29 in the loss and have now outshot Tampa Bay 181-140 for the series. Cale Makar continues to look like an offensive juggernaut from the blue line, as he’s followed up an 86-point regular season by piling up 29 points in 19 postseason games.

Makar leads an incredibly dangerous Colorado first power-play unit that also includes Nathan MacKinnon, Mikko Rantanen, Gabriel Landeskog and Artturi Lehkonen. And while Colorado was 0-for-2 on the power play in Game 5, it seems like a pretty safe bet to expect more productivity from the unit in Game 6 given its overall success this postseason.

Why the Lightning can win

Already this postseason, the Lightning were able to overcome a 3-2 deficit in the first round against the Toronto Maple Leafs and 2-0 deficit in the Eastern Conference Finals against the New York Rangers. After falling behind 3-1 in this series, the Lightning were able to send it back to Tampa Bay by finally winning the special-teams battle, holding the Avalanche without a power-play goal while going 1-for-4 with their own man advantages.

Lightning goalie Andrei Vasilevskiy turned away 35 of the 37 shots that he faced in the win on Friday and he has the potential to be the great equalizer against that dynamic Colorado offense. Vasilevskiy has a .921 save percentage in the playoffs and the two-time Stanley Cup-winning goalie has now won a staggering 48 playoff games in net the last three seasons.

How to make Lightning vs Avalanche picks

SportsLine’s model is leaning over on the total, as the simulations have the teams combining for 6.5 goals. It also says one side of the money line has all the value. You can only get the pick at SportsLine.

How to Buy Bitcoin in Switzerland in September 2022