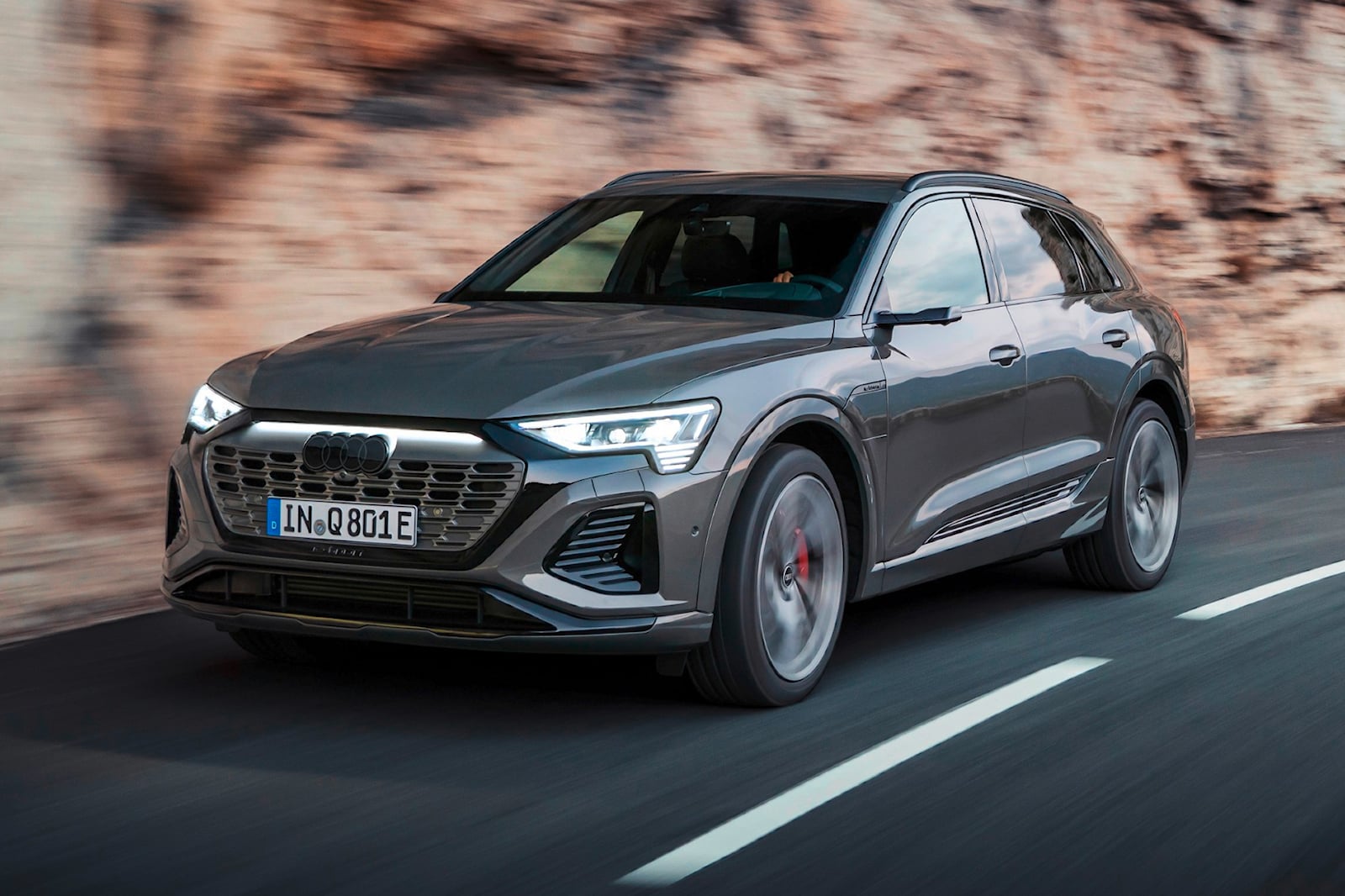 The Audi Q8 e-tron’s electric motors have the same specs as last year and still produce 355 horsepower and 414 lb-ft of torque in the Q8 55 e-tron, which will be the base US powertrain. This is momentarily increased to 402 hp and 490 lb-ft in boost mode. No 0-60 mph figures haven’t been published, but Audi has limited the top speed of these models to 124 mph. The potential weight increase is unlikely to be significant enough to have a noticeable effect on performance and the 2024 Q8 e-tron should match the 2023 e-tron’s 5.1-second 0-60-mph sprint.

The front motor stays the same, but the rear motor now has 14 coils generating its electromagnetic field, up from 12, which means it can generate more torque with the same electricity or the same with less electricity, helping increase efficiency.

We expect the Q8 e-tron’s towing capacity to at least match the older e-tron’s maximum of 4,000 pounds.

To drive, the Q8 e-tron should be even better than before. It has a standard air-spring suspension which has been retuned. Revised progressive steering, more rigid suspension bearings on the front axle, and other adjusted chassis control systems have been implemented for enhanced responsiveness.