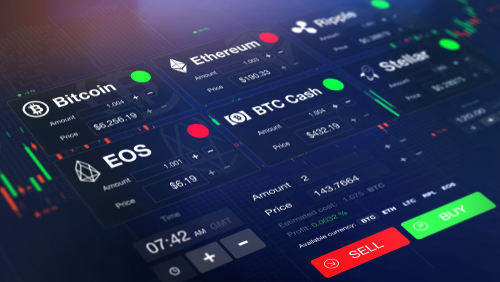 Cryptocurrency has faced a turbulent market this year thus far, with markets dropping sharply as the Fed turns hawkish on inflation concerns, the geopolitical climate worsens and investors flee for safe haven cash.

Sometimes, projects go under entirely. That is the nature of a start-up in any business, but it is especially true in an industry as risky and novel as cryptocurrency. Narrowing the focus to centralized exchanges, I was curious to see how many, and why, cryptocurrency exchanges have gone under to date.

Following 23 exchanges going under in 2018, this number exploded upwards by 252% in 2019, before increasing a further 17% in 2020. Remaining at the same level in 2021, this year there has finally been improvement, with a 55% reduction in failures if the rest of the year follows the first six months.

But wait until you see the reasons why they went under…

The reasons, however, are more intriguing. Amazingly, 42% of exchanges which failed simply disappeared without a trace. That amounts to 134 exchanges, highlighting quite how opaque the cryptocurrency industry can be. One of the most notorious of these vanishing acts, for example, was that of Singapore-based exchange CoinBene. Last November, users received an announcement out of the blue:

“Due to the maintenance of CoinBene global server, there is a problem of (being) unable to log in (to) the www.coinbene.com page. We are very sorry about this”.

It shows quite how suddenly these entities can go pear-shaped, and how far behind regulation is. The (former) exchange also ended up being included in a report to the SEC about exchanges and fake volumes.

Beyond vanishing without a trace, 9% of failed exchanges were outright scams – the most recent of which was Crex24 in February of this year, with posts suddenly appearing about wallets being drained of tokens and liquidity.

A further 5% of exchanges were hacked, while only 22% failed due to legitimate business reasons, while a further 8% shut their doors as a result of regulation.

While the chart above shows that the longevity of centralized exchanges is improving, which is to be expected as the industry matures, the numbers here show that this is a necessity. If cryptocurrency is to be taken seriously and fully establish itself, it needs to continue to clean up its image and leave damning statistics like the below behind.

While cryptocurrency has endured bear markets before, the environment now is different. This would be the first time a bear market had occurred while the wider market is also facing a bear market, as the macro sentiment is as bad as it has been since the Great Financial Crash, which occurred the same year that Bitcoin’s whitepaper was published by Satoshi Nakamoto.

Against the context of the current environment, I would therefore expect the above 22% figure for failed exchanges due to business reasons to increase, as would be natural in a period of economic slowdown. This would also hamper the forecasted 55% fall in failures overall this year.

With regards to the amount simply vanishing into thin air, one could expect this to lower – regulation is still far behind, but it has at least made progress and should make it more difficult for exchanges to vanish without a trace.

The same logic holds for scams, while it will be especially interesting to see how many exchanges close due to regulatory reasons going forward. Regulation should be encouraging innovation, not stifling it, so one hopes that, exchanges should be closing due to law changes, it is for a good reason.

As with everything in crypto, however, it is difficult to predict with certainty should this turbulence turn into a prolonged macro bear market – there is no precedent.