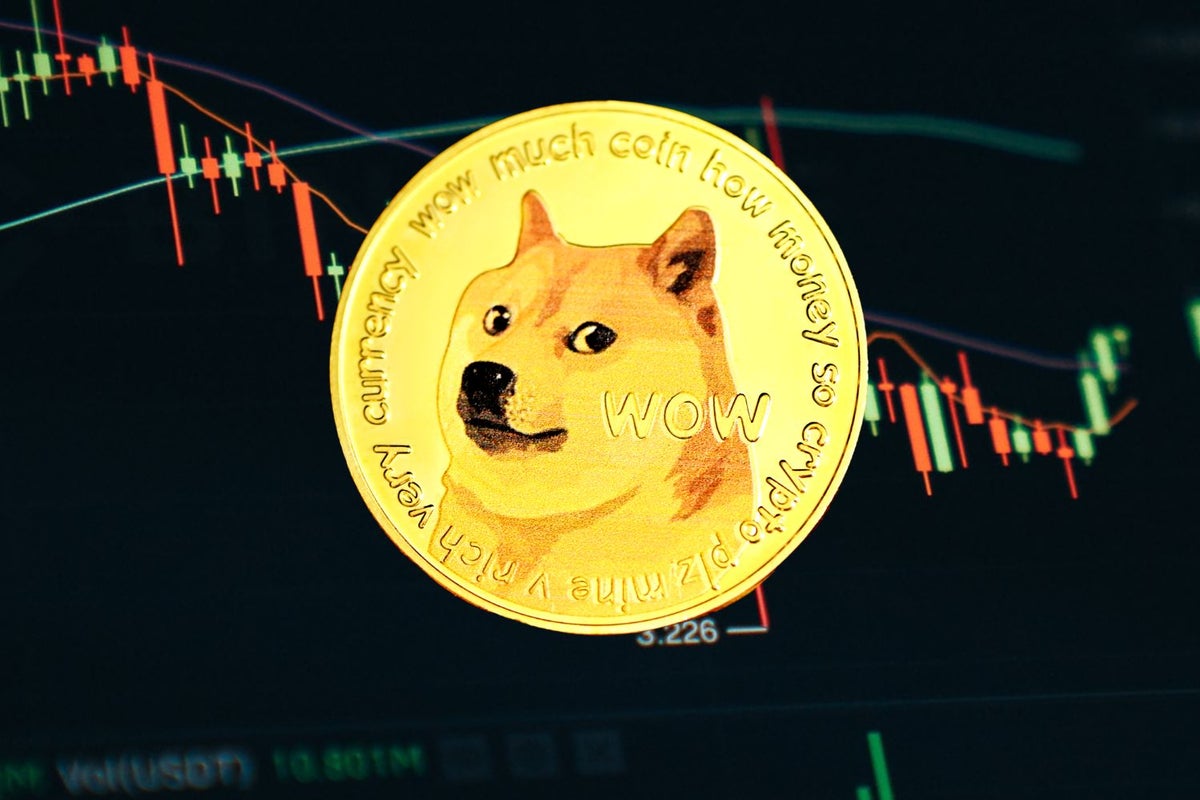 Dogecoin DOGE/USD was sliding over 5% lower during Monday’s 24-hour trading session, desperately trying to hold above the 200-day simple moving average (SMA) on the daily chart, which the crypto regained following news that Elon Musk’s Twitter acquisition would close.

The bears briefly dropped the crypto under the important level on Monday afternoon, but bulls came in and bought the dip.

The Dogecoin Chart: A stock or crypto is unlikely to bust up through or break down under the 200-day SMA on the first try, but the more times the area is tested, the weaker it becomes. Bullish traders will want to see Dogecoin close above the level, with a lower wick, which could indicate a bounce is on the horizon for Tuesday.