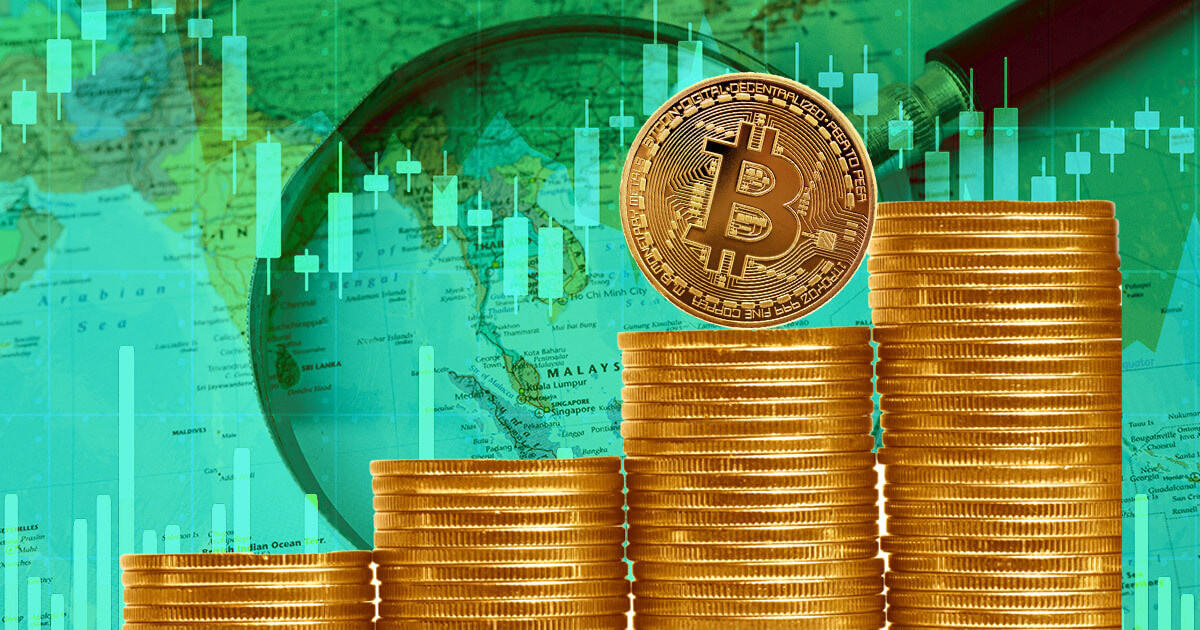 Asia’s Bitcoin (BTC) supply reached its all-time high (ATH) and currently accounts for 7.3% of all Bitcoin supply, while the US and EU Bitcoin reserves are in negative year-over-year supply.

The chart below demonstrates the size of Asia’s Bitcoin supply since 2010. Except for brief periods in 2016-2017 and 2020, the region has been struggling with negative supply levels. 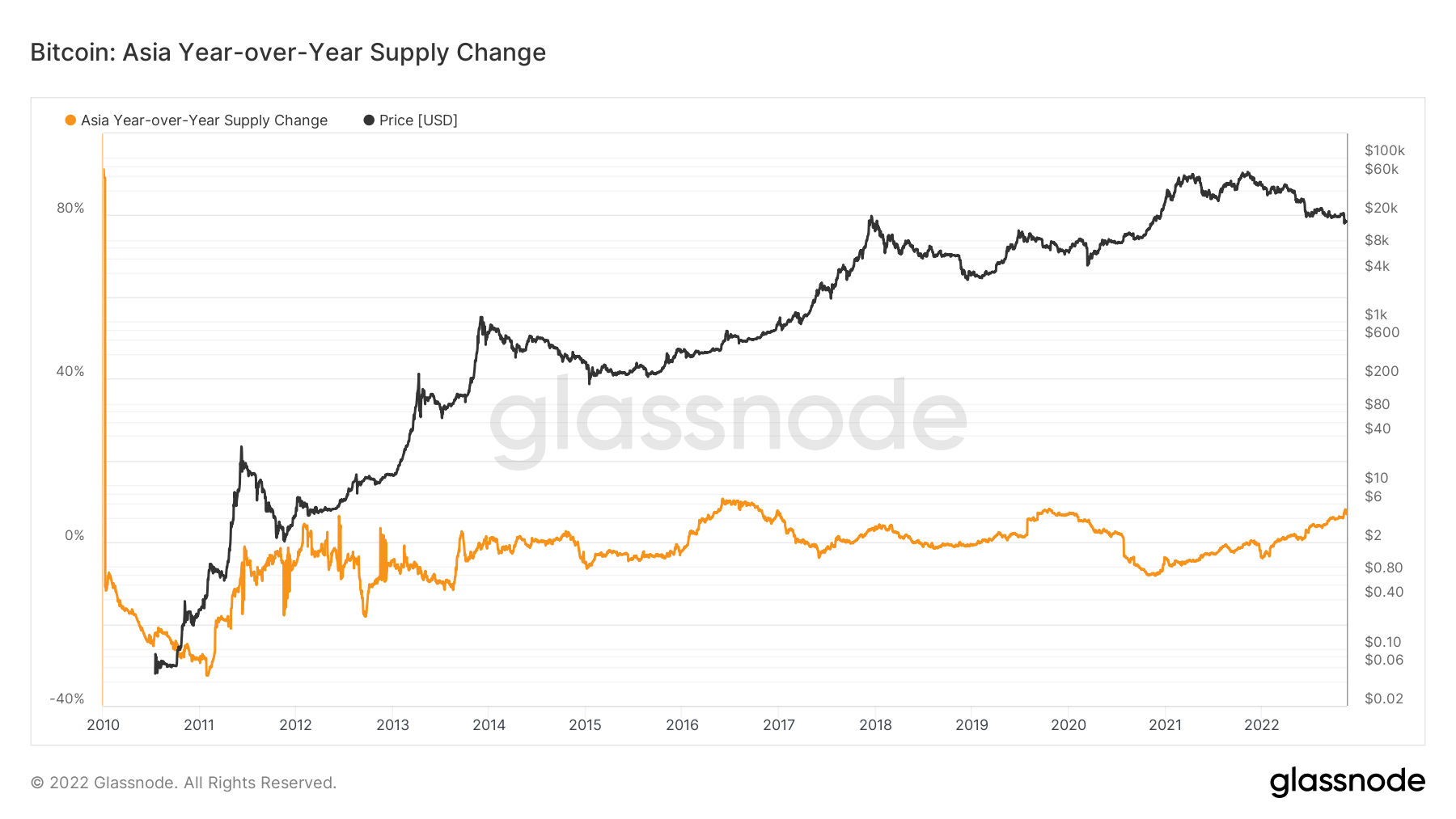 Asia’s Bitcoin reserves started to rise above zero at the start of the year and reached its ATH as of November. The region currently holds 7.3% of the total Bitcoin supply, which equates to 1,402,330 Bitcoins.

The US and the EU

While Asia has been accumulating, the EU and the US kept losing Bitcoins.

The chart below shows the growth of EU’s Bitcoin reserves since the beginning of 2010. While the region also struggled with below-zero supply levels like Asia, it did relatively better until late 2019. 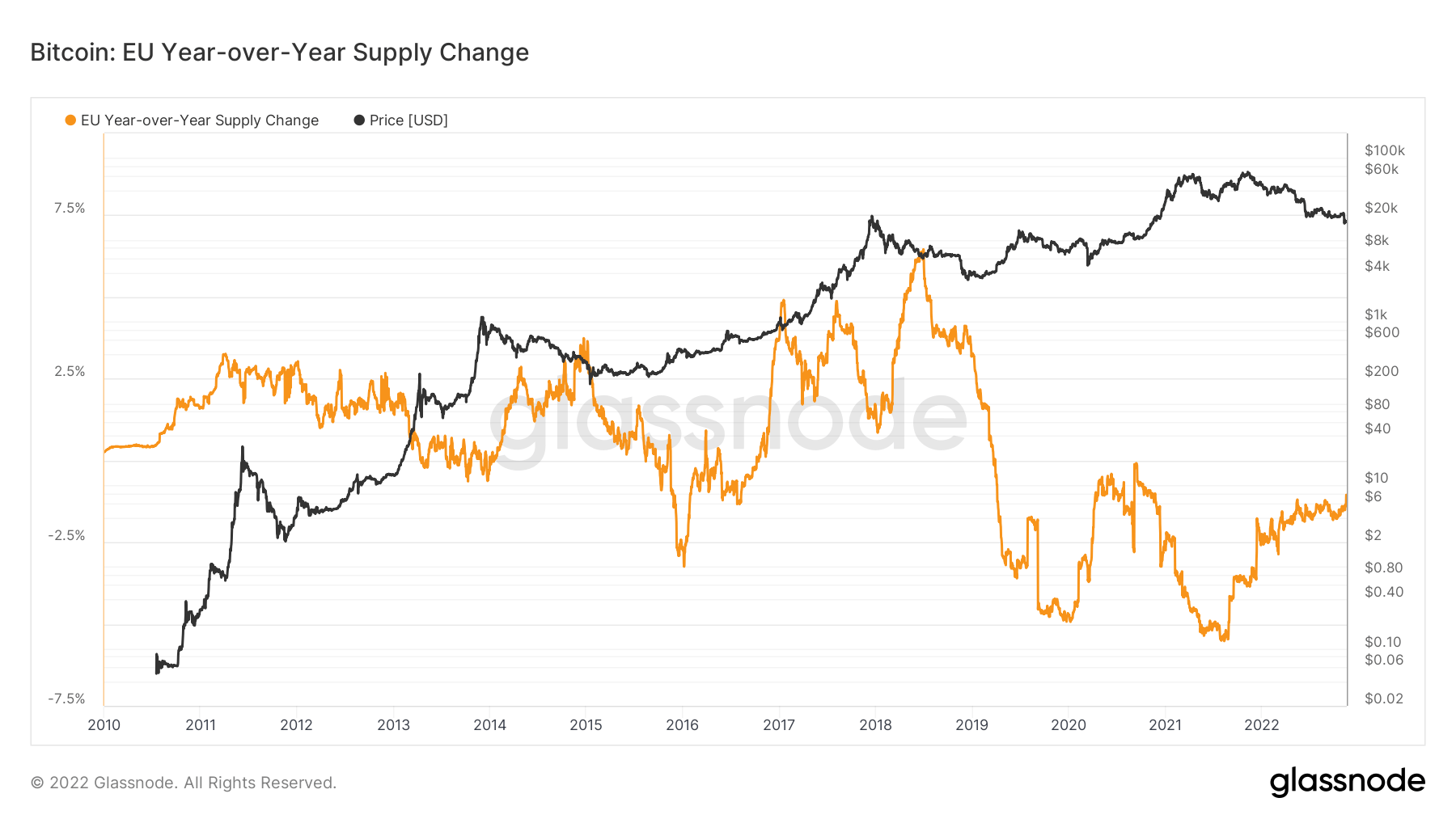 The EU reserves recovered to reach zero in mid-2020 before falling back to negative 5% by mid-2021. Currently, it is on a recovery trajectory but remains at around negative 1.25%.

Unlike Asia and the EU, the US recorded a worsening scenario with its Bitcoin reserves. As can also be seen from the chart below, the US Bitcoin reserves were above zero for the most part between 2010 and 2016.

After it fell below zero in early 2016, it struggled to increase to the positive side until the end of 2020. However, even though it recovered above zero in 2021, the US Bitcoin supply has been shrinking. 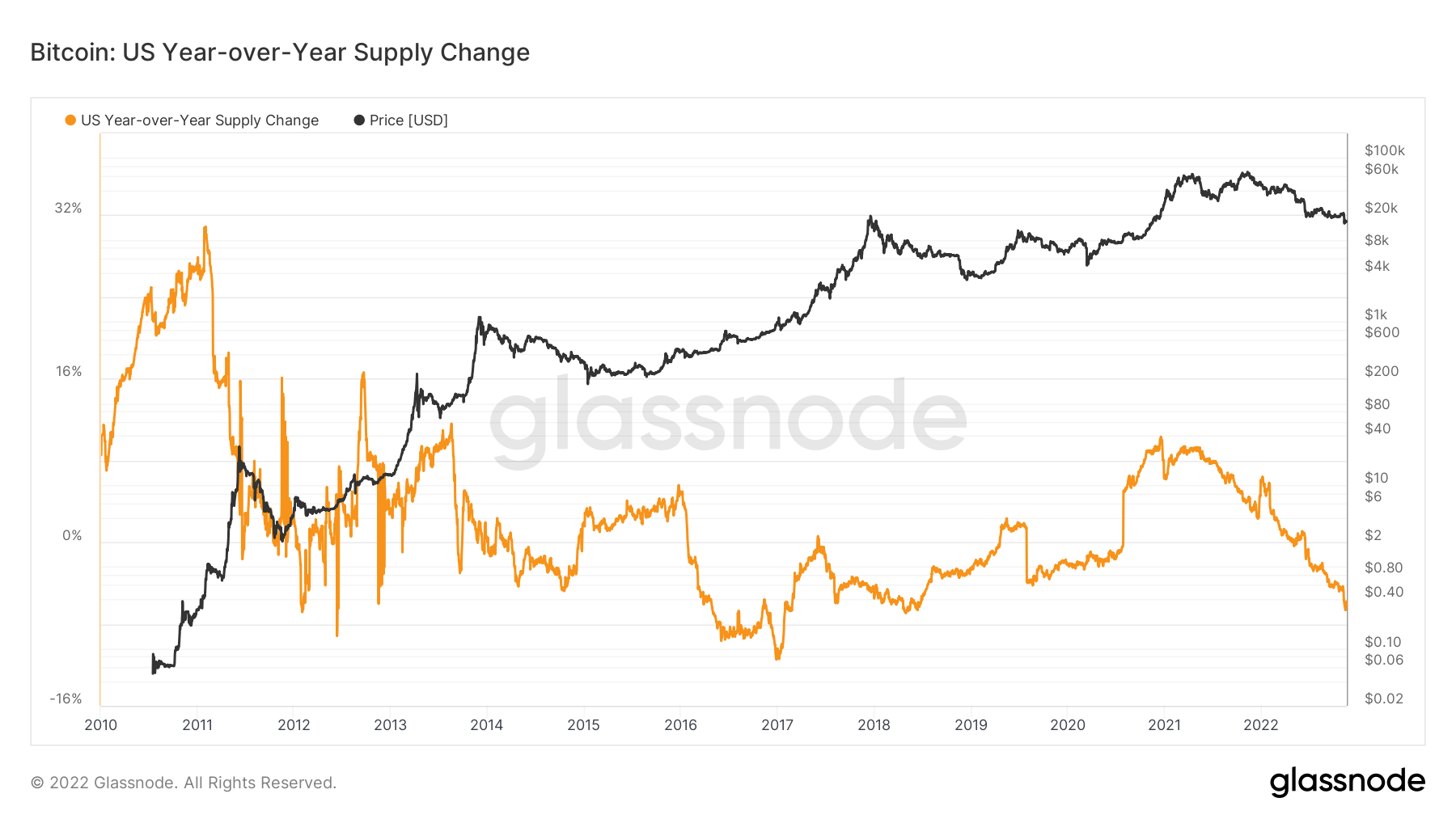 The US Bitcoin supply ATH was recorded in 2011, accounting for nearly 30% of the whole supply. However, the US failed to maintain the positive supply level it recovered to in 2021 and fell below zero in early 2022. Currently, the US Bitcoin reserves account for almost negative 8% of all Bitcoin supply.

Recent studies turned the eyes on Asia regarding increasing crypto adoption in the region. A study by HSBC and KPMG revealed that a quarter of 6472 start-ups operating in the region are crypto-related businesses. Another report from July 2022 also concluded that mass crypto adoption is expected in Asia Pacific.

Japan has been making decisions to further increase adoption by softening regulatory obligations and tax burdens and composing better KYC rules and money laundering precautions to create a healthy environment for investors. In addition, the country has been practicing with Central Bank Digital Currencies (CBDC) and the Metaverse to push adoption higher.

China, on the other hand, may remain averse to crypto, but Hong Kong’s recent initiatives made the community question if China will utilize Hong Kong to catalyze the crypto market.

In July 2022, Hong Kong Monetary Authority said that crypto would likely integrate with traditional finance soon. Hong Kong has also been preparing for that future by experimenting with CBDCs and issuing policy statements to regulate crypto usage.

Singapore comes forward as another crypto-hub of the region. The country has been crypto-friendly for years and has established a strong base of crypto companies and enthusiasts. Even though it decided to tighten its crypto-related rules following the collapse of Three Arrows Capital, the country remains one of the largest crypto hubs in the world. Similar to Japan and Hong Kong, Singapore also participates in CBDC and Metaverse projects while enhancing regulations to promote crypto adoption.

In addition to these countries, Vietnam, Philippines, India, Pakistan, and Thailand are among the top ten countries with the highest crypto adoption, according to Chainalysis’ most recent adoption report. Furthermore, Vietnam and the Philippines emerged as the world’s first and second most crypto-adaptive countries.

Fincrip – A Metaverse Platform Similar To The Solana Blockchain Network