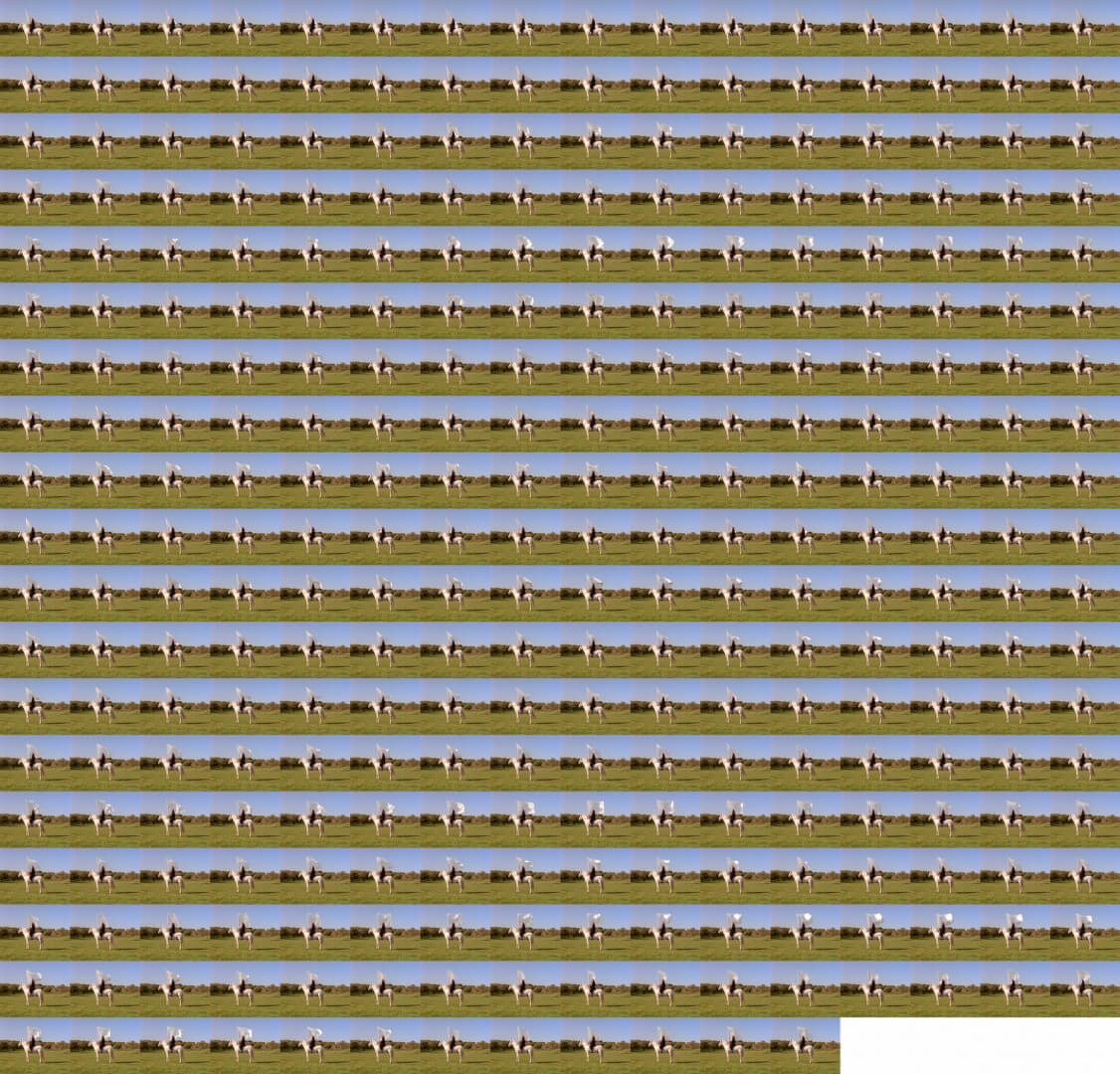 Disclaimer: This is a sponsored press release. Readers should conduct their own research prior to taking any actions related to the content mentioned in this article. learn more ›

LONDON, UK, 22nd June, 2022, Chainwire — At Art Basel, world renowned performance artist Marina Abramović announced in a panel discussion that she will launch her first ever NFTs titled The Hero 25FPS on the energy-efficient Tezos blockchain July 25th, 2022. This one-of-a-kind performance on the blockchain, presented in collaboration with the Cultural Institute of Radical Contemporary Art (CIRCA), depicts the figure of a steadfast woman astride a white horse holding a white flag that is waving gracefully in the wind, over the expansive landscape of trees and sky in Spain . The Hero 25FPS (frames per second) offers an opportunity to collect time and holds a symbolic charge as it is set against today’s backdrop of global instability, escalating conflict and climate breakdown.

For this performance on the blockchain, Abramović is revisiting one of her most personal and autobiographical works titled The Hero (2001), which is appearing every evening this summer across the CIRCA global network of screens in London, Seoul, Milan, Berlin, Japan and New York City (Times Square). Originally filmed at 25 frames per second, never before seen footage commissioned by the Fundación NMAC showing the artist holding a white flag astride a white horse has been separated into thousands of unique single frames to create The Hero 25FPS NFTs, with each frame dramatically influenced by the changing wind.

This July, Abramović will invite the public to experience time through collecting either single unique frame NFTs (.JPG) or multiple unique frame NFTs (.GIF) on the Tezos blockchain. Expanding the concept of time-based media for a Web3 audience, this collaborative performance will engage thousands of NFT collectors with the once-in-a-lifetime opportunity of owning an affordable NFT by one of the world’s most famous performance artists, whilst also supporting the wider Web3 community.

The work will be part of an unprecedented three-month CIRCA presentation, and a global call for courageous heroes at a pivotal moment in our collective history.

“Our planet needs uncorrupted heroes with morality, who embody courage and bring real change. Every day in this world is a shaky, uncertain, constantly changing landscape. For CIRCA 2022, we have this white horse. This white flag. This beautiful country. We need heroes that can bring new light to illuminate us. Heroes that can inspire us to be better, and to work together, not against each other. Heroes who care,” said Marina Abramovic.

This performance of co-creation between Marina, CIRCA and NFT collectors on the Tezos blockchain will provide thousands of people with the once-in-a-lifetime opportunity of owning accessible NFTs by one of the world’s most famous performance artists, while also supporting creators around the world.

Marina has highlighted the importance that her NFTs be both accessible and environmentally friendly, which is why she chose to mint The Hero 25FPS on the Tezos blockchain: “Energy consumption is really important. I don’t want it to be” said Abramović when speaking about NFTs at Art Basel.

Tezos’ energy-efficient design, low costs for minting and collecting NFTs, have attracted a diverse, global community of artists, collectors, and builders. Tezos is the home of major NFT platforms such as fx(hash), objkt.com, teia.art, and versa.xyz leading more artists to choose to create and collect on Tezos than ever before.

“I didn’t do NFTs for a while, because I needed to find for myself the right content that really works” said Marina. Pushing the boundaries between audience and artist, this July Abramović will invite the public to experience time through collecting either single unique frame NFTs (.JPG) or multiple unique frame NFTs (.GIF) to co-create and determine how The Hero 25FPS is minted on the Tezos blockchain.

What’s more, Marina Abramović has also partnered with CIRCA to create the HERO Grant, a new initiative that aims to support and amplify the work of activists and changemakers in the Web3 community. A percentage of the funds raised from The Hero 25FPS NFTs will be circulated back into the Tezos Web3 community in the form of grants from this initiative. Candidates are invited to complete the application form here to apply.

“I want to just talk about something that is so interesting about the Web3 space, and this young generation of people who work with NFTs. In the beginning, the older generation of artists likes to ridicule them and likes to think that this is nonsense, this is just bullshit. Same would happen to me in the 70s” said Marina Abramovic. “Say to the young kids in Web3, just don’t give up, because you’re the future, you have the vision.”

Expanding on the HERO Grant dedicated to heroes in the Web3 space at Art Basel, Marina Abramović said: “We need people with a vision that can bring new light, that we can really look up to and look at their morality and be inspired. We need real heroes right now”.

Visit nft.circa.art to register interest and be the first to receive news of the NFTs straight to your inbox.

ABOUT MARINA ABRAMOVIĆ
Marina Abramović is one of the first performance artists to become formally accepted by the institutional museum world with major solo shows taking place throughout Europe and the US over a period of more than 25 years. In 2023, Abramović will be the first female artist to host a major solo exhibition in the main galleries of the Royal Academy of Arts in London. Her first European retrospective ‘The Cleaner’ was presented at Moderna Museet in Stockholm, Sweden in 2017, followed by presentations at the Louisiana Museum of Modern Art in Copenhagen, Denmark, Henie Onstad, Sanvika, Norway (2017), Bundeskunsthalle, Bonn, Germany (2018), Center of Contemporary Art, Torun (2019), and concluding at the Museum of Contemporary Art Belgrade, Serbia (2019). In 2010, Abramovic had her first major US retrospective and simultaneously performed for over 700 hours in “The Artist is Present” at the Museum of Modern Art in New York.

CIRCA is a digital art and culture platform with purpose. We stop the clock on global media spaces every evening at 20:22 and mobilize the world’s greatest creative minds to broadcast unique works that consider our world today, circa 2022. The funds we generate from artist print sales drive the #CIRCAECONOMY – a circular model that supports our free public art program and creates life-changing opportunities for the art and culture community.

Tezos, an open source, energy-efficient blockchain is helping re-imagine the digital canvas for artists. Tezos’ energy-efficient design and low costs for minting and transacting NFTs have attracted a diverse global community of artists, collectors, and builders. With Tezos home to major NFT platforms such as fx(hash), Objtk.com, and Teia.art, more artists are choosing to create on Tezos than ever before.

In the spotlight at this year’s Art Basel in Basel was the groundbreaking exhibition – Chance Encounters in New Mediums: Generative Art, Presented by Tezos. This unique interactive exhibition from Tezos, an energy-efficient blockchain, transformed generative art into a living artistic process, where the element of chance was celebrated, and etched onto the blockchain.