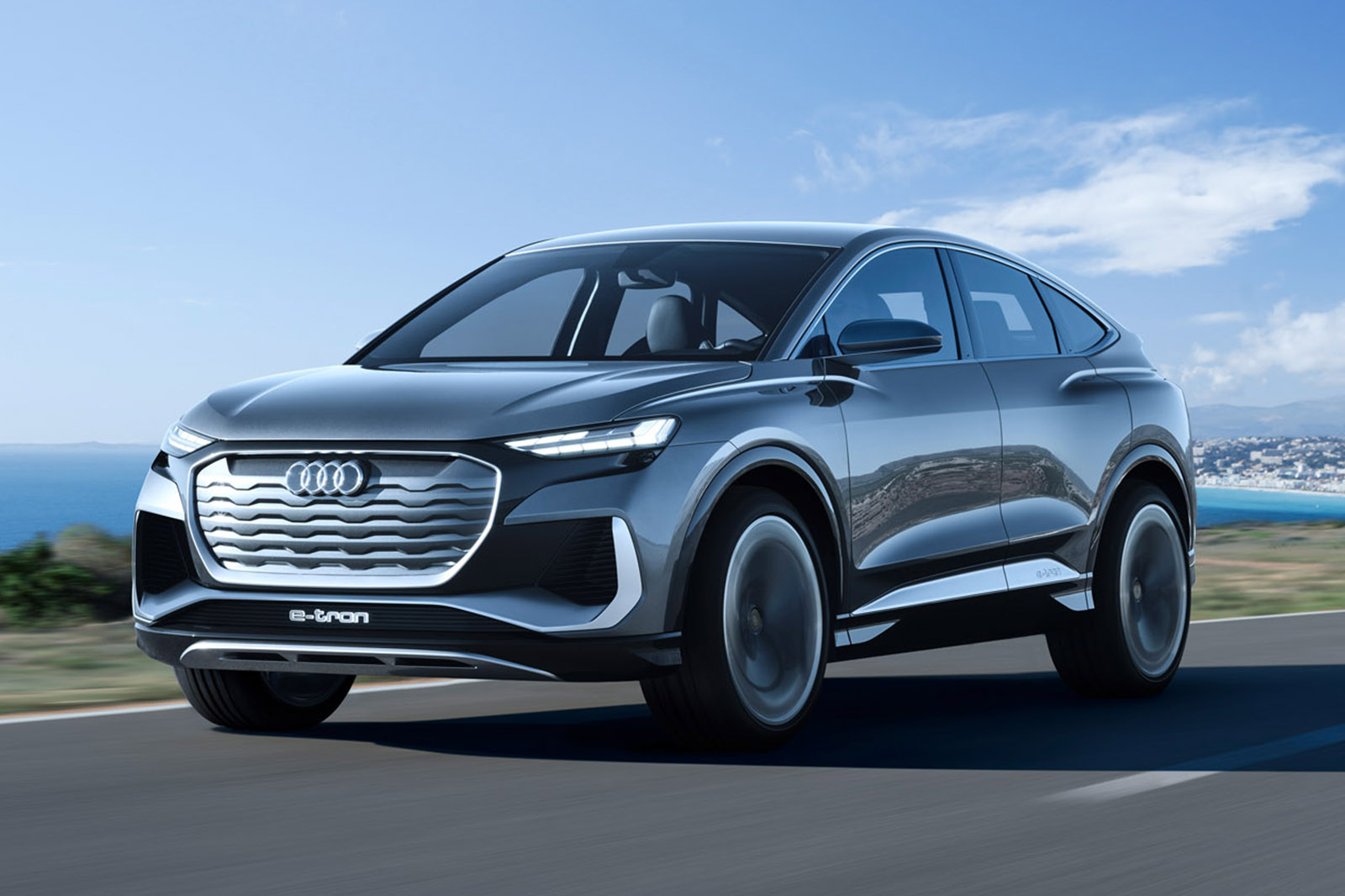 The Q4 Sportback E-tron is mechanically identical to its Q4 E-tron sibling, unveiled at the Geneva motor show last year. Both models will arrive at the same time, with the SUV version predicted to be more popular.

The model, along with its sibling, is the first Audi to use the Volkswagen Group’s MEB platform. A spokesman said the platform is the “cornerstone of Audi’s electric campaign,” adding: “We are using it for the high-volume electric segment. The synergies in the Group make EVs ready for the mass market.” It is one of four electric platforms Audi is using, two of which are co-developed with Porsche.

The dimensions of the two Q4 models are almost identical, giving it a slightly smaller footprint than the Audi A3. At 4.6m long and 1.6m high, the Q4 Sportback is 1cm longer and lower than the Q4. Width remains the same at 1.9m with a wheelbase of 2.77m.

While both the Q4 Sportback pictured here and the already-seen Q4 are concepts, next year’s production versions will be very similar. Talking about the Sportback, its exterior designer Amar Vaya said: “It’s 90% there – we have made the concept a bit wider and a bit lower – and some bumper details will change. There will be door handles [rather than the concept’s flush handles].”

On the biggest design challenge on the car, Vaya commented: “The section around the A-pillar was the hardest. The wheels are really pushed out to the corners which is great for designers. But the A-pillar is so far forwards, at first we were troubled that it almost had a mini-van silhouette. We created this sculptured shut line from the bonnet to the wing mirror to give the appearance of a long bonnet.”