Avalanche turn page to Game 6 after failing to eliminate Blues 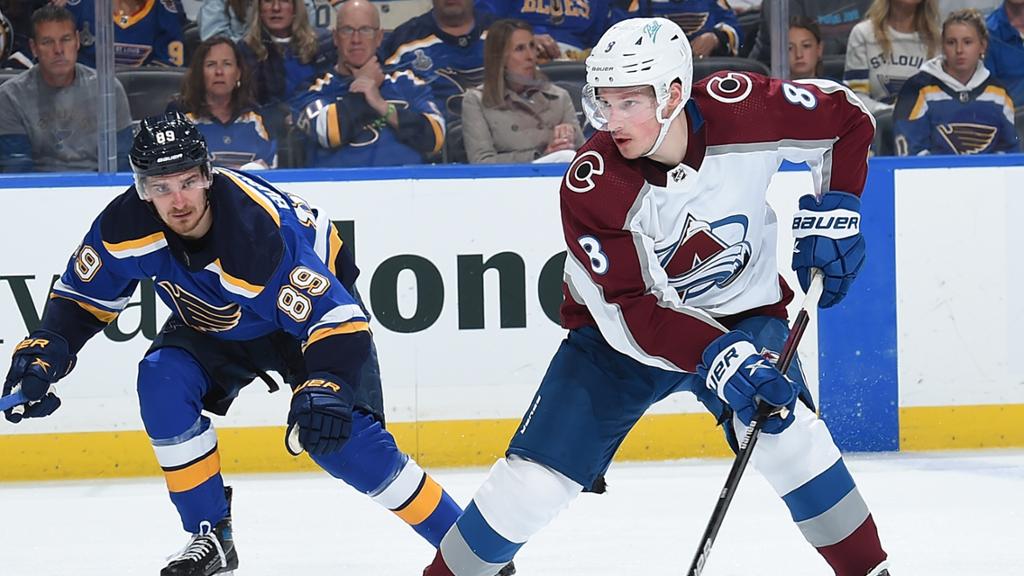 DENVER — The Colorado Avalanche say they believe they remain in control against the St. Louis Blues in the Western Conference Second Round despite a disheartening loss in Game 5 here Wednesday.

“We’re still in a great spot right now,” defenseman Cale Makar said Thursday, hours after the 5-4 overtime loss. “That’s all that is in my head.”

“We’re still in a good spot, we’re still up in the series and have the ability to close it out now again,” Makar said. “You just can’t take for granted those opportunities to end a team’s season.”

The Avalanche said they played on their heels and failed to intelligently manage the puck in the second half of Game 5, allowing the Blues to rally from 3-0 in the second period and 4-3 with 2:46 remaining in the third period. St Louis tied it with 56 seconds left and won it on Tyler Bozak‘s goal at 3:38 of overtime.

“We’ve given them some life now, right?” Colorado coach Jared Bednar said. “They’re going to come [hard] and we knew they were going to come anyway. St Louis is a proud hockey team.”

Teams that lead 3-1 hold an all-time series record of 296-31 (90.5 percent) in a best-of-7 series. The Blues have trailed 3-1 in 14 series in their history and have come back to win twice. The Avalanche are 11-2 in series they’ve led 3-1, but each loss came in a series that started at home like this second-round series did.

The team that advances will face the Edmonton Oilers in the Western Conference Final. The Oilers eliminated the Calgary Flames with a 5-4 overtime win in Game 5 of their second-round series Thursday.

For more hope, St. Louis needs to look no further than the first round of this postseason, when the New York Rangers advanced after losing three of the first four games against the Pittsburgh Penguins.

“Everybody thinks you always can come back, but you’ve got to go out there and perform and do it which we did last night, and so you move on from that game,” blues coach Craig Berube said. “That one’s over with and we’ve got to focus on Game 6. You’ve got to do things right again. It’s just doing it all over again.”

Forward Robert Thomaswho tied it 4-4 on Wednesday, said afterwards that the Blues will approach Game 6 the same way.

“I think [it’s] just desperation,” Thomas said. “We had nothing to lose, throw it all out there and I think we had some chances early, but not enough and we just kept at it. I think that’s the whole story for our team tonight in that game, just keep at it and keep working and find a way.”

And recent history could weigh heavily on the Avalanche, who have lost in the second round each of the past three seasons and haven’t advanced to the Western Final since 2002.

But they pushed back on that narrative Thursday, saying that they’ve learned from past failures and disappointments to recover from this latest setback.

Makar said he forgot about the Game 5 loss the minute he stepped off the ice after overtime. Bednar said he reviewed the game once but turned his attention to Friday.

“I mean, you have no choice really at the end of the day, right?” Bednar said. “It’s about belief. The biggest thing for us is absolutely about belief. We believe that we are a really good team.

“You know our belief is the only team that can beat us is ourselves. True or not, I like that attitude. We put a lot of pressure on ourselves to be the best we can be. It’s not always going to be perfect. We have different people stepping up to get us wins most nights and, last night, we didn’t get it late in the game. We have to move on.”

Bednar said he would consider tinkering with the lineup for Game 6 but said mental fortitude, not tactical adjustments, will carry the day Friday and, if needed, in Game 7 on Sunday.

He said he would spend the short flight to St. Louis hammering that message home to his players, but it appears many have already absorbed it.

“So long as you stay mentally strong and make sure that aspect of nothing else matters, other than the group that is surrounding you in the room, that’s kind of the way we have to look at it and go into this next game,” Bednar said.