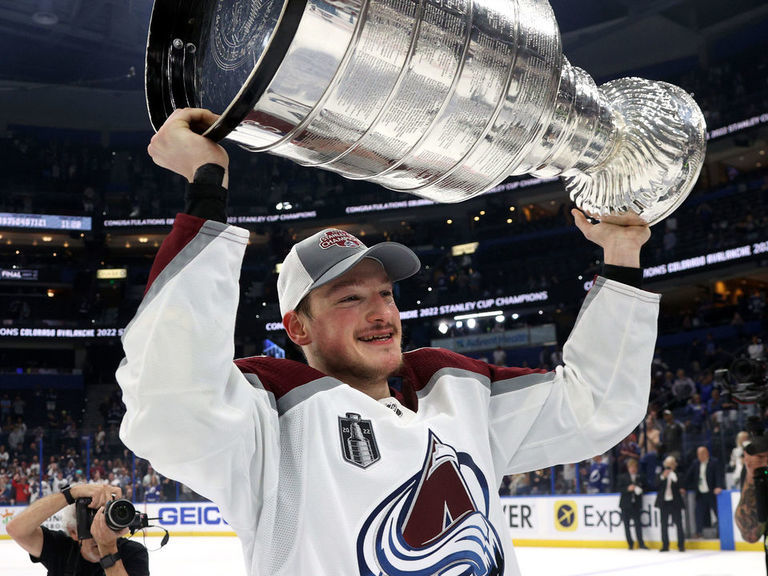 Can the Colorado Avalanche continue their reign of terror and become back-to-back Stanley Cup champions?

Defensive dynamo Cale Makar says the team sure believes so.

“We know that we have the capability of potentially doing it again,” he said Monday during an appearance on “Tim and Friends.” “It goes back to the competitiveness, I feel like everybody makes it here because they have a certain edge of competitiveness.

We have so much of that on our team, especially (Nathan MacKinnon). … Any time you have competitive guys together, it makes you want to play even better, and that’s kind of the way our team rolled.”

Makar noted he isn’t too focused on his personal accolades heading into the 2022-23 campaign, though he added quite a few of them to his resume last season, including the Norris Trophy and Conn Smythe Trophy.

When asked about the secret to the Avalanche’s success in 2021-22, Makar gave much of the credit to the newbies in town.

“I think for us this year, one of the key things was our trade-deadline acquisitions,” he said. “Bringing in (Artturi) Lehkonen, (Andrew) Cogliano, (Josh) Manson, and (Nico) Sturm, just absolutely incredible pieces that, honestly, helped us bring home the championship.”

He added, “I felt like that was definitely a turning point for us, and we just knew at that point (that) we needed to win it all. … Everybody on our team was so driven, and that’s why it was so cool to see.”

Lehkonen, Cogliano, and Manson all signed new deals to remain with the Avalanche this summer, while Sturm joined the San Jose Sharks as an unrestricted free agent.

If the Avs are going to run it back, they’ll have to do it without the likes of Nazem Kadri, Andre Burakovsky, and Darcy Kuemper, who all left as free agents.

Makar is entering the second season of a six-year pact with a $9-million cap hit. The Calgary native potted a career-high 28 goals and 58 assists in 77 regular-season contests and went on to log 29 points in 20 playoff games.

Ethereum Gains Likely Overstated Ahead of the Merge – 24/7 Wall St.