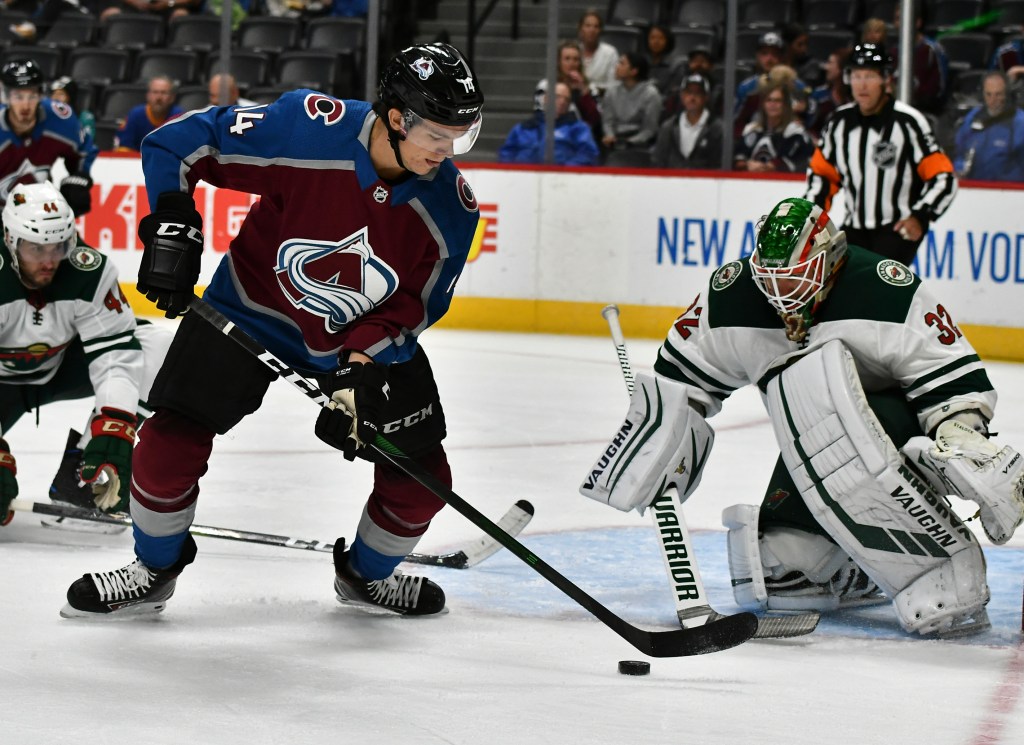 By his fourth year of professional hockey with the same cloud hanging over him, Shane Bowers wasn’t so worried about the timing of his NHL debut anymore. He mostly just wanted to be prepared enough to stick around whenever the moment came.

Being inadvertently prepared for the call-up is a good start.

Bowers is from Halifax, Nova Scotia, on Canada’s eastern seaboard, but his parents happened to be in Colorado on Wednesday night for his AHL game in Loveland. The Eagles were preparing to show off the Stanley Cup in a pregame ceremony — a reminder of the Avalanche’s success that Bowers has hoped to taste since 2017, when Colorado traded for the first-round draft pick.

His parents didn’t get to see him play Wednesday night. Instead, they were conveniently located for his long-awaited NHL debut Thursday.

“It was just good timing that they happened to be here,” Bowers said. “I’m glad they don’t have to make the trip and try to rush here.”

The 23-year-old was called up to play fourth-line center for the Avalanche against Nashville, a move prompted by the injury bug that has sidelined forwards Gabriel Landeskog, Valeri Nichushkin and Darren Helm.

Bowers, selected no. 28 overall by Ottawa, was the last first-round pick from the 2017 draft class to appear in an NHL game. And in full-circle fashion, his debuted during a matchup against Predators wing Matt Duchene, who Colorado traded to acquire Bowers and other pieces.

“Just pure excitement,” Bowers said. “It’s something you dream of, like every kid. And once you actually hear the news, it’s pretty exciting. Your heart starts to beat.”

Avalanche coach Jared Bednar told him after training camp to prove himself as a consistent impact player in Loveland. Bowers is a “natural center,” he says — that was his primary position at Boston University — but the Eagles stationed him at wing more than usual to start the season. He tallied six points in the first seven games.

“Let’s face it: He’s had a tough go of it down there for the last couple of years,” Bednar said. “Lots of injuries. In and out of the lineup. As soon as he gets his game in order he seems to be out again with another injury. … I’m really happy for him.”

Eagles coach Greg Cronin broke the news to Bowers after he arrived at the rink for a pregame meal. Teammate Sampo Ranta had already been recalled to the NHL roster — he practiced in Denver on Wednesday — so there was little reason for Bowers to expect a call-up, even when Cronin asked him to talk privately.

“I just thought it was going to be about the game (the previous night),” Bowers said. “I really had no clue.”

He called his parents, who are staying at an Airbnb in Fort Collins. They drove him an hour south to Denver, dropping him off at Bo Byram’s place. Then they left with his car.

Which left one obstacle blocking Bowers from his NHL debut Wednesday: “I’ll try to find a ride to the rink today from someone else.”