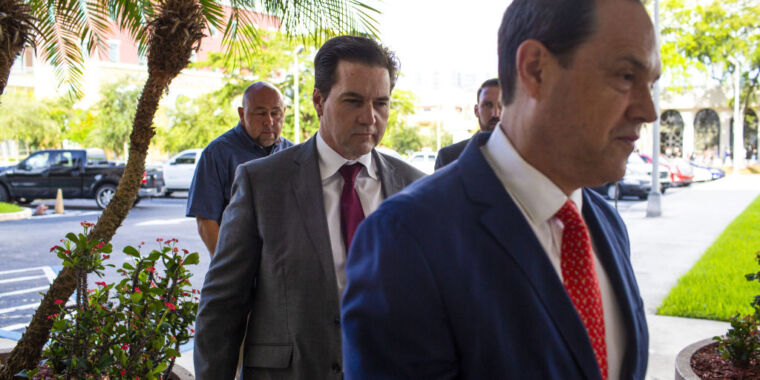 In 2016, when Craig Wright promised to provide “extraordinary proof” that he is bitcoin creator Satoshi Nakamoto, he was met with a lot of skepticism. Some had doubts when Wright fabricated evidence, and many weren’t surprised when he failed to bring forward the supposed proof he promised. Instead, he apologized for lacking the “courage” to share any real evidence. Then, in 2018, he committed perjury, further inflaming public perceptions that he could be a fraud.

By 2019, Wright began fighting back at critics by threatening to take them to court for defamation. Among Wright’s most vocal skeptics is bitcoin expert Peter McCormack, who became the first target of Wright’s litigiousness. In 2019, Wright sued McCormack for libel for tweeting things like “Craig Wright is a fucking liar, and he’s a fraud; and he’s a moron; he is not Satoshi.” Wright expected that a successful libel lawsuit against McCormack would finally prove he founded bitcoin.

This week, a verdict was delivered by a UK high court—where Justice Martin Chamberlain wrote that “the identity of Satoshi is not among the issues” determined. The libel lawsuit, in the end, was a victory for Wright; he was awarded damages for the “serious harm” McCormack caused to his reputation. But it also proved that, once again, Wright is not being forthcoming about evidence in his public fight to be acknowledged as bitcoin’s creator.

In the lawsuit, Wright claimed that McCormack’s tweets, as well as a YouTube video discussion, had done serious damage to Wright’s reputation. He said he had accepted academic papers and then rejected, revoked invitations to conferences, and spoiled his chances of becoming a magistrate in Surrey. But he once again was found to have given false evidence for his claims, and a UK judge decided it would be “unconscionable” to award Wright anything but nominal damages for harm done to his reputation. For all that time in court, Wright was awarded just £1 yesterday, and The Guardian reports that he will walk away with an even more tarnished reputation.

Despite the scant damages collected, the lawsuit could serve to silence more critics who don’t have the time and resources to go to court over their social media posts, which McCormack claimed in the disputed tweets was Wright’s actual motivation for suing.

The judge is still deliberating how much to award to cover the costs of both legal teams. Wright’s legal team did not immediately respond to Ars’ request for comment. McCormack’s legal team told Ars that they’re “very pleased with the findings that the judge has reached.”

McCormack tweeted that he was also “very pleased” with the court’s findings, thanking his lawyers and the judge. He said he would have more people to thank once the case is officially closed.

Wright has not tweeted any response as of this writing. The Guardian reports that Wright responded with this statement: “I intend to appeal the adverse findings of the judgment in which my evidence was clearly misunderstood. I will continue legal challenges until these baseless and harmful attacks designed to stop little my reputation.”