On the evening of December 19, the Bank of Japan (BOJ) announced it had increased its cap on 10-year bond yields from 0.25% to 0.5%, while keeping short- and long-term interest rates unchanged.

The cap at the 0.25% level had been suppressing global bond markets with the use of an unlimited money printer for Japanese debt. This in turn caused a significant deterioration of the yen against the dollar, while the BOJ used its immense pile of Treasurys to occasionally defend the currency against speculators. 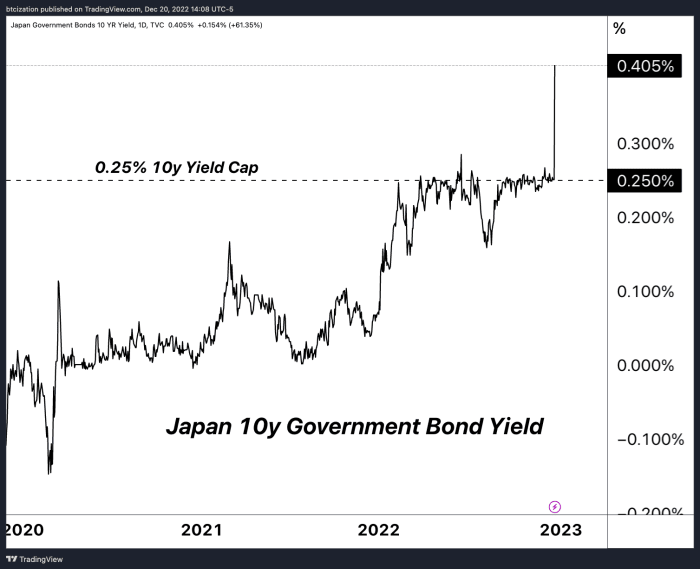 While absolutely massive in its change for market dynamics, the move still leaves the BOJ far below its peers in terms of policy rate, which is mainly due to the demographics of Japan and its debt-to-GDP statistics. 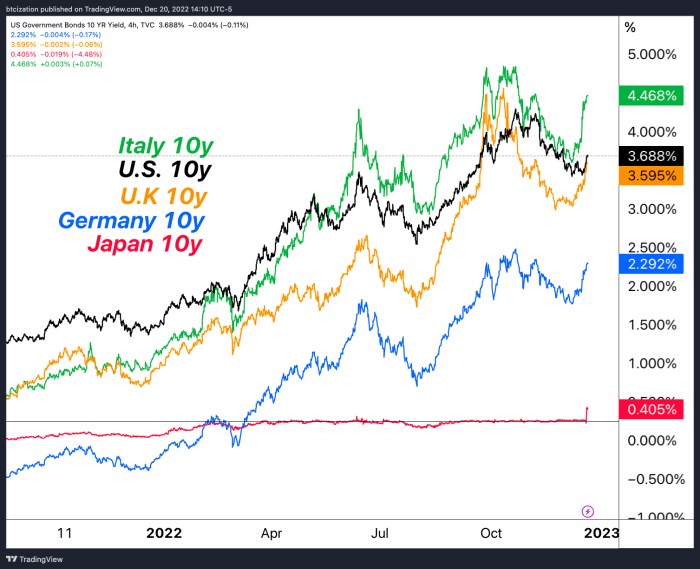 This yield-cap increase, which was unexpected by economists, caused an immediate jump in the yen and a slide in global government bonds, sending shockwaves through global financial markets. It also led to a surge in Japanese bank stocks, as investors anticipated improved earnings for financial institutions. 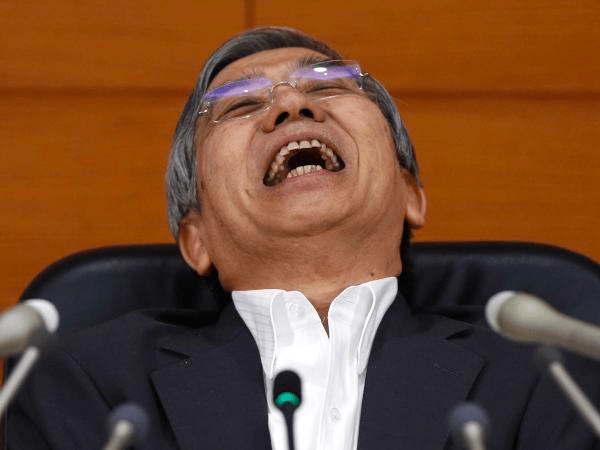 Bank of Japan Governor Haruhiko Kuroda laughing as he hikes rates for the world. 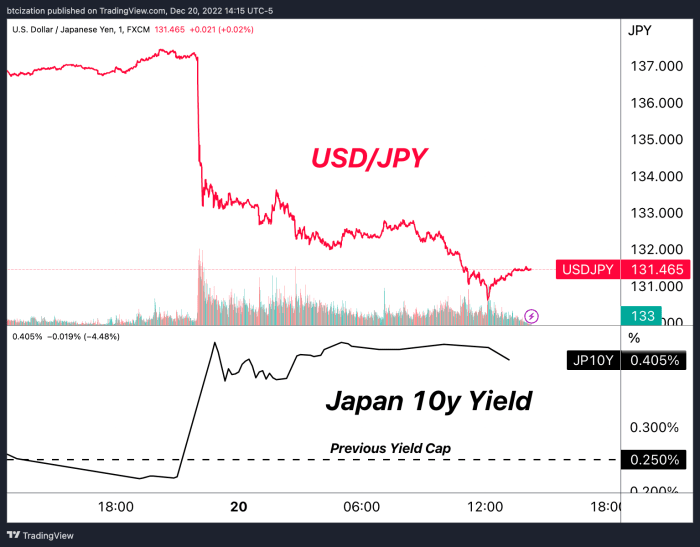 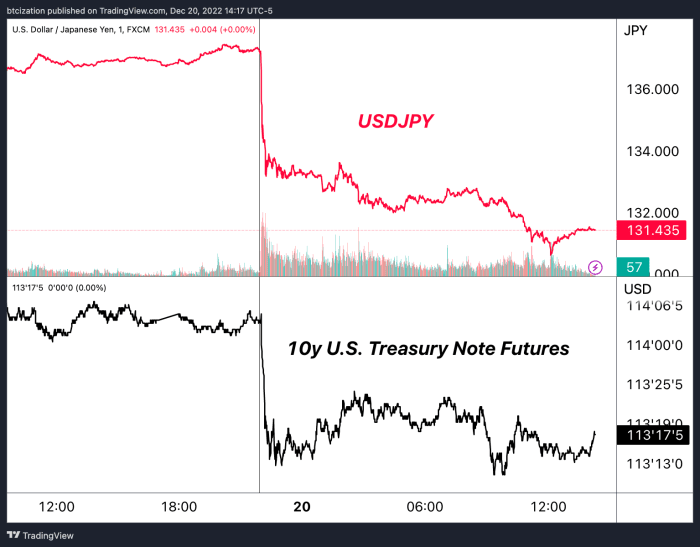 As the BOJ tightens policy, Japanese debt becomes relatively more attractive and the yen appreciates. This causes rates to tighten in US markets, but causes the dollar to weaken relative to foreign exchange markets.

As bond yields remain at elevated levels far above recent years, asset valuations based on discounted cash flows fall. While many market participants are waiting for the return of 2021-like conditions for various financial markets, understanding how the change in debt markets affects all other liquid markets and relative valuations is key.

A historic interest expense shock is occurring in tandem with the largest absolute drawdown in asset prices ever. We expect the turbulence only picks up from here.

While the bitcoin market has had a massive deleveraging of its own already, the “pain trade” (as many think of it) could simply be an extended period of sideways consolidation as the legacy market dominos start to fall at an increasing frequency.

We expect the next secular bull market to be spurred by accommodative monetary policy responses to the conditions that are developing now. Global financial market liquidity conditions, credit worthiness and asset price valuations likely fall further from here — until the fiat monetary overlords decide to start debasing. For better or worse, this is the name of the game on the fiat monetary standard.

We are firmly in step three. Steady ladies.