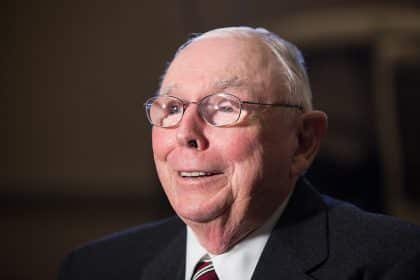 Charlie Munger remains unapologetically skeptical about crypto, especially with the recent happenings around the collapse of the crypto exchange FTX.

Charlie Munger, the vice chairman of American multinational conglomerate company Berkshire Hathaway (NYSE: BRK.A), has reiterated his bearish stance on BTC and other cryptos. The businessman is one of the prominent names that believe cryptocurrencies are less advantageous than people portray them. Earlier this year, Charlie Munger referred to BTC and others as a “venereal disease.” In his verbal attacks, he compared crypto assets to a virus. He also mentioned that he has no regrets about not investing in crypto but is rather “proud that he did not. Also, the billionaire said Bitcoin had become a tool for kidnappers, tax evaders, terrorists, extortionists, and co.

According to Charlie Munger, the US should have banned BTC, and other crypto assets like China did. He said he admired the Chinese government for its action against crypto.

The entrepreneur remains unapologetically skeptical about crypto, especially with the recent happenings around the collapse of the crypto exchange FTX. In addition to liking crypto to a virus, Charlie Munger linked Bitcoin to child trafficking. Speaking to CNBC, the vice chairman referred to some popular investors that ventured into crypto, noting that “there are people who think they’ve got to be on every hot deal that’s hot.” Charlie Munger added that such action is crazy as these investors do not worry if they are supporting BTC or child prostitution. Adiditoankly, he mentioned the pains he feels with seeing prominent names across various industries support crypto. The billionaire said they have made a “huge mistake” with their relationship with such “scumball promotions.”

“You are seeing a lot of delusion, Partly fraud and partly delusion. That’s a bad combination… Good ideas, carried to wretched excess, become bad ideas. Nobody’s gonna say I got some s*** that I want to sell you. They say – it’s blockchain!”

Following his rants on BTC and other cryptocurrencies, Charlie Munger revealed that he remains a fan of the traditional central bank model. He stated that “by and large I like central bankers. By and large, I hate Bitcoin promoters.”

However, he made an exception regarding his feelings about Bitcoin promoters. Munger separated Elon Musk and Tesla from his expression, adding that:

“I do not equate Tesla with Bitcoin. Tesla has made some more real contributions to the civilization.”

The businessman has always expressed his dislike for Bitcoin. He said in an interview in May that he hates “the Bitcoin success.”

For a coin that has gotten to an ATH of over $60,000, Bitcoin has seen a lot of bad days since the year started. The cryptocurrency has shed more than 60% this year and is continually declining. At writing, BTC trades down 0/79% to $16,756.

Ibukun is a crypto/finance writer interested in passing relevant information, using non-complex words to reach all kinds of audience. Apart from writing, she likes to see movies, cook, and explore restaurants in the city of Lagos, where she resides.

What is Ethereum Classic Crypto and its Advantages and Disadvantages