Bitcoin And The Impulse For Social Justice 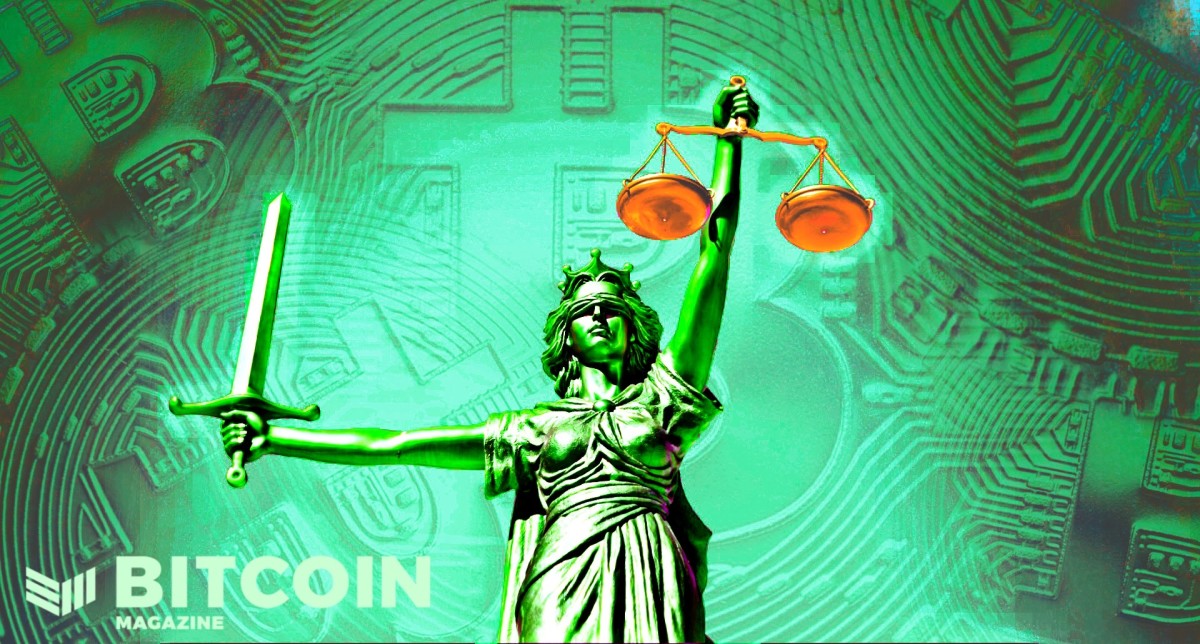 In recent years, controversy around critical race theory (CRT) has sparked fierce political debates across America. On the education front, surrounding issues of teaching history, the country has been divided.

CRT is an academic theory that is taught in graduate-level courses. It supports an analysis that positives racism as a systemic part of the country’s legal, political and social institutions. While educators argue that CRT itself is not taught to school children, it has been largely influencing how the younger generation thinks about race.

Couched under the diversity, equity and inclusion (DEI) programs, this reflective assessment sees “whiteness” as an essential part of the power structure penetrating the fabric of our society. On June 25, 2021, President Joe Biden signed a wide-ranging executive order to promote diversity training for federal hiring. Under the banner of diversity and inclusion, companies are setting up DEI training courses and schools are organizing diversity-steering committees.

The spread of DEI has created a right-wing backlash. From the Republican governor in Tennessee to the Florida senate, lawmakers across many states have passed bills that ban teaching of structural racism in public schools.

As legislative efforts for and against DEI programs fuel a growing cultural war, a call for a ceasefire is emerging on the internet. The invention of Bitcoin provides a peaceful alternative for us to tackle the issues of social justice.

The goals of the DEI initiatives are allegedly to cultivate awareness of difference, such as race, gender, religion and sexual orientation, and create fairness.

The DEI plan is centered on a concept of equity. Earlier, on Jan. 26, 2021, the President signed executive orders on “Advancing Racial Equity and Support for Underserved Communities Through the Federal Government.” In his speech, Biden explained his administration’s systemic approach:

“I believe this nation and this government need to change their whole approach to racial equal-equity. We need to open the promise of America to every American. And that means we need to make the issue of racial equity not just an issue for any one department of government; it must be the business of the whole government.”

Defining the term “equity” as “the consistent and systematic fair, just, and impartial treatment of all individuals,” the White House outlined concrete measures to increase racial justice.

This includes setting up of working groups that would gather data disaggregated by race, ethnicity, gender, disability, income and sexual and gender identity, etc. By identifying and assessing barriers for people of color and other underserved groups, the agencies are directed to develop Policies and programs to allocate federal resources and close the gap in wages and housing.

Here, fairness is measured by equal outcomes, such as equal wages and distribution of wealth. In the words of Vice President Kamala Harris, “Equitable treatment means we all end up at the same place.” With a motto of “No person of color left behind,” the administration pushes the equity mandate to achieve justice in the form of creating an equitable economy.

The Value Of Freedom

While some embrace this approach, many are not quite on board with this government’s racial justice agenda. Some opponents of DEI argue that, contrary to their stated objectives, the initiatives would generate “reverse racism,” creating unfairness toward white people.

One critique called CRT underlying such programs a “divisive discriminatory ideology” that places race at a center — instead of viewing each person as an individual. The argument was made that under the “CRT’s victimization ledger,” every white person becomes branded as a racist and all people of color as a victim. Some critics argue that this top-down, systemic approach enforces group identity and destroys the agency of individuals.

Here, we need to critically examine the idea of ​​social justice. When we talk about fairness and equality, what do we really mean by that?

In the words of Thomas Jefferson in the Declaration of Independence, “All men are created equal.” For the Framers of the Constitution such as Jefferson, the idea of ​​equality is deeply intertwined with the ideal of freedom. This freedom is based on a principle of consensus: a moral standard which holds that no one is good enough to govern others without their consent. This tenet was a necessary foundation that could secure (and protect) “certain unalienable rights” that include “Life, Liberty, and the pursuit of Happiness.”

From the outset, this principle of consensus has been egregiously violated within the American constitutional republic. The oligarchic class, which controls the money supply, has created a system of enslavement in order to enrich themselves. Their exclusive economy has denied the rights of the indigenous population, women and people of color as was shown in the dark history of slavery, segregation and redlining against Black and other minority groups.

The impulse for the social justice movement that was built in this country was deeply rooted in the American people’s aspiration for equal freedom. From women’s suffrage to the civil rights movement, ordinary people fought to realize the ideal of equality in the form of equal rights, but not for an equality of outcome as is now being pushed by the government under a slogan of racial equity.

It was with his commitment to this liberty of each individual that Dr. Martin Luther King Jr shared his dream of one day living in a nation where his little children will not be judged by the color of their skin but by the content of their character.

Now, as the state’s racial equity policy increasingly threatens civil liberty, Bitcoin offers a new approach to address the issue of justice. The core of the invention is a consensus algorithm known as proof of work. It places freedom at its core value to ensure equality, securing the rights of all people.

The heart of Bitcoin is mining — a process involved in the creation of money and the settlement of transactions. In a transparent and decentralized network where rules are applied to everyone evenly, computers around the world (called miners) compete to find the next Bitcoin block.

The game has clear and strict sets of rules, including the total quantity of bitcoin that can ever be created (the code caps the monetary base at 21 million bitcoin), a predictable issuance rate and automatic adjustment for mining difficulty. In order to successfully compete in mining blocks, all participants have to follow network rules and use their precious resources to do the work. Incentives that reward honesty, by aligning everyone’s self-interests, enforce the rules of the consensus without making anyone act against their will.

Relying on cryptographic proof rather than trust in a central authority to eliminate counterparty risk in a transaction, Bitcoin has solved the problem of the built-in unfairness of the existing fiat system.

Bitcoin is the most inclusive financial network of all times. It is borderless, welcoming everyone regardless of their culture, nationality, gender and religion. Unlike the US dollar supremacy monetary system that creates an unfair advantage for those who are close to money printers, Bitcoin enables a level playing field.

Bitcoin’s open-source protocol provides fairness through a merit-based system that acknowledges each person’s differences, their skills, talents and contributions. The network that self-regulates through algorithms operates free from bias or favoritism. In this system, in which one participates voluntarily, everyone is judged by the content of his or her character; being rewarded for playing by the rules and being punished for trying to cut corners.

Now, with increased inflation breaking down the economy, the Cantillionaires are trying to launch stakeholder capitalism to maintain their control behind the scenes.

As the state-sponsored divisive racism implicit in CRT initiatives drives a nation apart, Bitcoin reignites the impulse for social justice movement. Technology is bringing people together from diverse backgrounds.

Bitcoin’s decentralized public ledger begins to dismantle the oppressive mechanism that separates us from one another. By providing people a tool to empower themselves, the coders who steward the development of this protocol make sure that no one is left behind.

Through sovereign individuals associating with one another on the basis of equality, a new economy can be built that cultivates the uniqueness of each person to enrich the whole society.

This is a guest post by Nozomi Hayase. Opinions expressed are entirely their own and do not necessarily reflect those of BTC Inc. or Bitcoin Magazine.

A Beginner’s Complete Guide To EOS