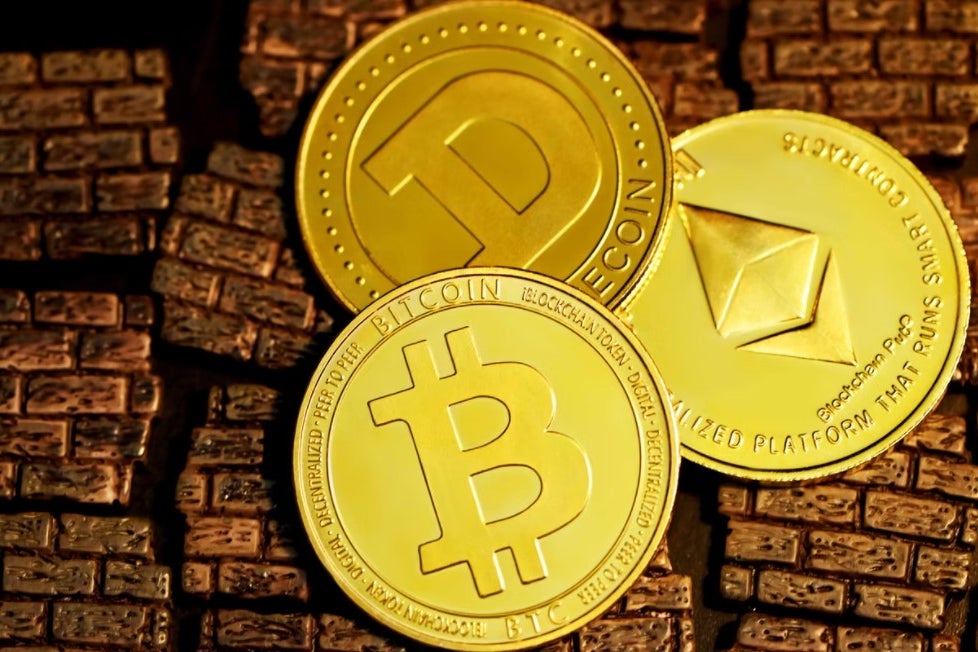 Bitcoin BTC/USD was declining just 1% lower on Friday in bullish opposition to the S&P 500which rejected an important psychological level at $4,000 and slid about 0.08%.

The three cryptos, although not enjoying a bullish cycle, have shown strength compared to the general markets recently. Ethereum has been the most bullish, rising over 11% since Aug. 29. Bitcoin and Dogecoin have been trading mostly sideways, both near important support and resistance levels.

The behavior of Bitcoin and Ethereum, specifically, will be watched closely over this weekend by both crypto traders and those who play the stock market because when the general markets are closed, the apex crypto’s movements sometimes indicate the possible direction the stock market will move.

With the stock market being closed Monday for Labor Day, the crypto sector will have three 24-hour trading periods to flash signals.

The Bitcoin Chart: Beginning Aug. 28, Bitcoin made a series of lower highs and higher lows, which has settled the crypto into a symmetrical triangle pattern on the daily chart. Bitcoin is set to meet the apex of the triangle on Sept. 6 and traders and investors can watch for the crypto to break up or down from the triangle on higher-than-volume average to gauge future direction.

The Ethereum Chart: Ethereum began trading in a rising wedge pattern on Aug. 29, making a series of higher highs and higher lows with the pattern’s uptrend. The pattern is bullish in the short-term, but often becomes bearish before a stock or crypto meets the apex. Ethereum will meet the apex of the wedge on Sept. 6, the same day that Bitcoin will meet the apex of its triangle.

The Dogecoin Chart: Unlike Bitcoin and Ethereum, Dogecoin hasn’t developed any strong visible patterns on the daily chart. Dogecoin has been consolidating sideways since Aug. 27 on declining volume, which indicates both a lack of direction and a lack of interest from traders and investors.

Why and How To Withdraw Your Bitcoin From Exchanges – Bitcoin Magazine

The Battle between Gold and Bitcoin