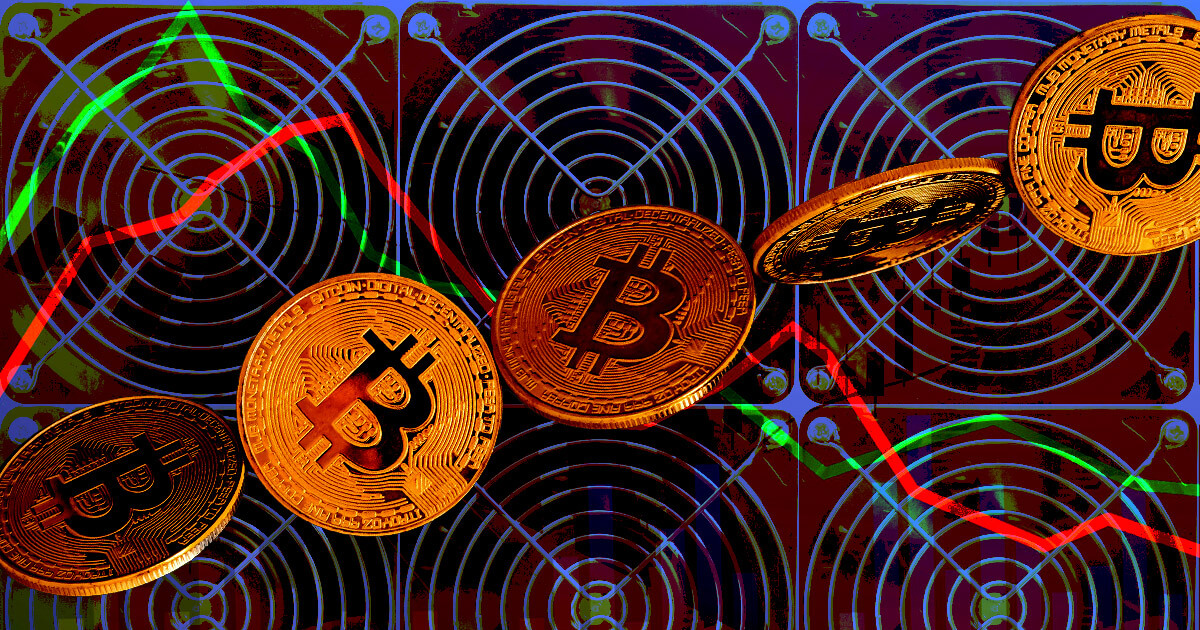 The biggest news in the cryptoverse for Nov. 23 includes Bitcoin hash ribbon metric’s indication of an upcoming miner capitulation, on-chain data revealing investors taking advantage of the low prices, and Bitcoin and Ethereum consisting of 91% of Bitfinex’s total reserves.

Bitcoin (BTC) miners have been selling at the most aggressive rate over the last two years, which indicates that the upcoming hash rate adjustment will be negative in the next epoch.

Currently, the hash ribbon convergence signals that the end of this capitalization period is nearly over, and an upwards turn in the market is likely.

After the FTX collapse, Bitcoin has been struggling to recover to its bear market price of around $20,000. Especially over the weekend of November 19-20, Bitcoin remained below $16,000.

While this may be a bearish price, it was seen as a major buying opportunity for many. On-chain data shows that the number of wallets that hold Bitcoin has been increasing while the number of addresses with non-zero balances is decreasing. Crypto exchange Bitfinex’s reserves of Bitcoin and Ethereum (ETH) account for 91% of its total holdings. This percentage is 63% for Coinbase, 15% for Binance, and 52% for Crypto.com.

US Senators Elizabeth Watten and Sheldon Whitehouse composed a letter to the US Department of Justice (DOJ). They requested DOJ to hold FTX executives “accountable to the fullest extent of the law” of the FTX collapse.

Referring to the relationship between the SEC and SBF, Emmer said that the SEC was working with SBF and gave him a special treatment that other exchanges weren’t getting.

Over the past 30 days, 136,882 Bitcoins were withdrawn from the exchanges, which equates to 0.7% of the total circulating supply. 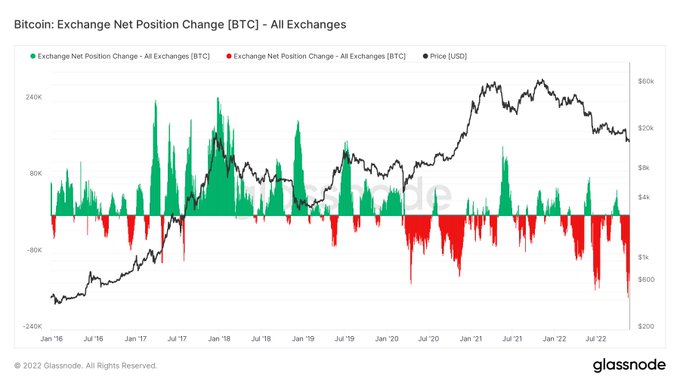 the chart above also demonstrates massive Bitcoin outflows since 2016 and marks the current outflow levels as the highest. Even at the peak of the Terra (LUNA) crash contagion, around 120,000 Bitcoins had left exchanges.

Mango Market’s exploiter Avraham Eisenberg transferred $40 million worth of USD Coin (USDC) into Aave (AAVE) with the purpose of borrowing Curve DAO Token (CRV) to short. This strategy is known as Eisenberg’s “highly profitable trading strategy,” which he previously exploited the Mango Market with.

First, he came for Mango, and I did not speak out, for I am not an investor

Then he came for USDT, and I did not speak out, for he did not pose a risk

Now, he tries to hunt the loan of one of the godfather’s of DeFi and that’s when the foot is put down to defend pic.twitter.com/feV78YPtq0

However, in the case of the CRV token, Eisenberg’s plan didn’t go accordingly as the community rallied behind the CRV token and caused it to spike 46% in the last 24 hours.

Fenbushi Capital’s general partner Bo Shen was attacked by malicious actors, who stole $42 million from his personal wallet on Nov. 10.

Shen revealed the attack on Nov. 23 via his personal Twitter account. According to blockchain security firm Beosin, the hack resulted from a private key compromise.

Latest mining rigs & up difficulty to zone out competition

#Bitcoin mining profitability by @LuxorTechTeam says it all..
Antminer S19 XP is 3+ times superior to previous gens 💰
2022 Miners putting difficulty through the roof while trying to send competition out of business. pic.twitter.com/g5akp0RXjf

News from around the Cryptoverse

Genesis CEO published a letter informing Genesis clients that the executive team is meeting with potential investors to come up with a solution to fix the illiquidity problem of the lending services. The letter said that Genesis is expecting to decide on a course of action in the coming days.

Apple to buy rights of book on SBF

Famous author Michael Lewis had spent six months with SBF before the exchange collapsed and will write a book that sheds light on SBF’s crypto empire. The book is expected to turn into a feature film, and Apple is close to inking a deal for the book rights with Lewis, according to MacRumors.

Onomy protocol raised $10 million from investors like Bitfinex and Ava Labs during its private funding round. The protocol aims to converge DeFi and the Forex markets.