Bitcoin Mining In The 22nd Century 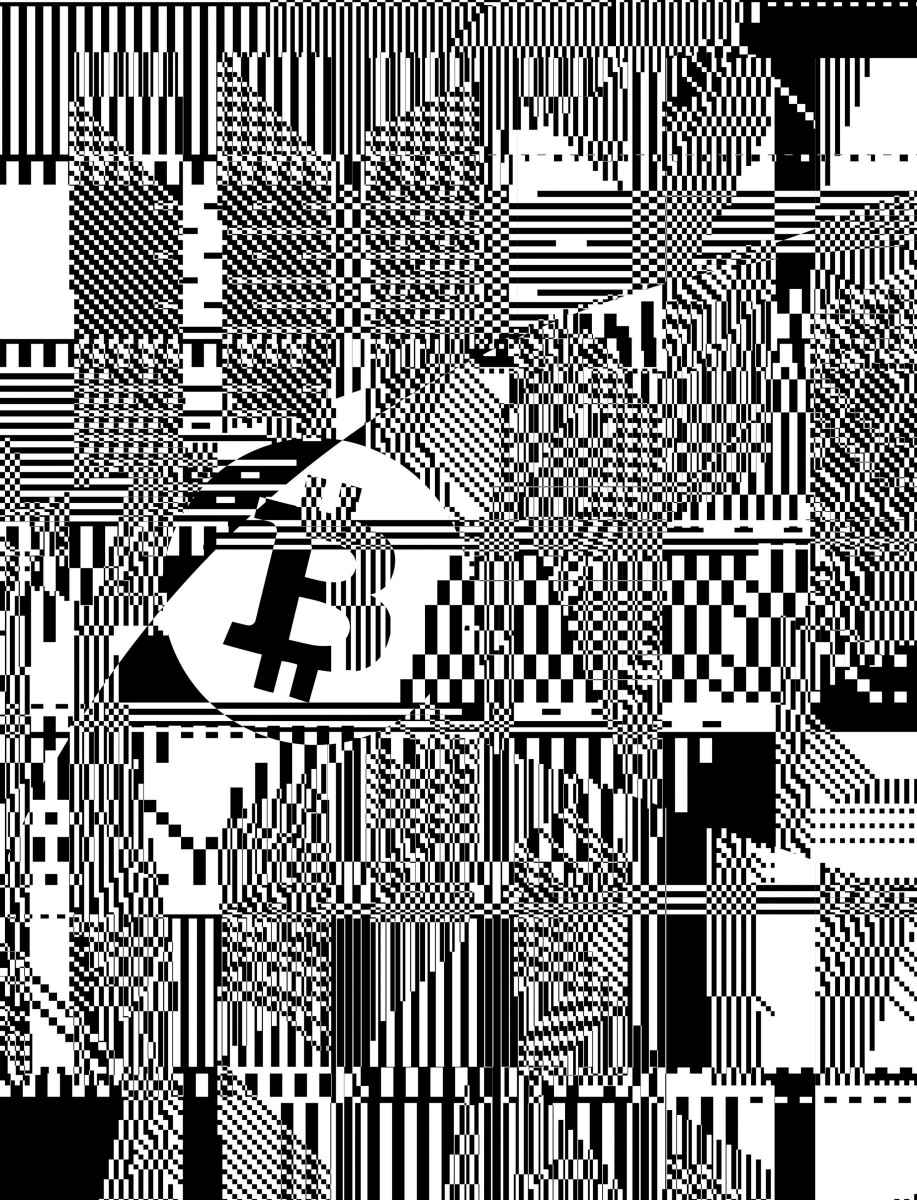 This article originally appeared in Bitcoin Magazine’s “Moon Issue.” To get a copy, visit our store.

Greetings from the deep future! It is block height 4,830,001, and we have just had an interplanetary 23rd halving party. It is the year 2100, or as we now know it, the year 91 AB (After Bitcoin). Luckily for all of you, time travel has been discovered, and I can share the good news with all of you! The first half of the 21st century was beset by financial crises, war, poverty, inequality, environmental destruction and a COVID-19 pandemic, which caused international rolling lockdowns for over a decade, until the collapse of the global fiat economy necessitated a move away from “lockdownism,” profligate spending and inflation, and a return to monetary and economic, and hence, environmental, sustainability. To start, I’ll give you a decade-by-decade look at how we arrived at our halving party.

While the world’s major economies were busy destroying themselves in the 2020s, smart money started migrating to Bitcoin, which created tremendous opportunities for Bitcoin miners, leading to more miners entering the market, increasing competition, and importantly, dramatically increasing innovation. By the end of 2029, every semi-industrial Bitcoin miner in the world was using low-energy cooling technologies, with just one 40-foot container full of immersed and overclocked mining rigs able to provide 5 megawatts (roughly one-third of an exahash ) of portable, profit-generating electrical load, anywhere on the planet. By the end of the 2030s, all of the world’s flared gas was piped into Bitcoin containers, and customers were found for all of the world’s curtailed energy. Inflation was going at around 20% a year since the time you’re reading this, so the $5.65 Big Mac you ate in 2021 would set you back about $300 in 2039. Luckily for you, bitcoin was worth $5,000,000, and fiat death was only about a decade away at this point. Unfortunately for billions of people on Earth, however, wage inflation was only 2%, and many hundreds of millions of people died due to famine and scarcityinduced conflict and social collapse in impoverished locations waiting for the fiat system to collapse under its own weight in 2050 Anyone who saved some sats during the 2020s and 2030s were themselves saved when economic judgment day arrived.

Further, the 2030s and 2040s saw the Bitcoin mining industry being the go-to buyer of first resort to prove remote nuclear fusion, solar, wind, hydroelectric and geothermal projects. While fusion had famously been “30 years away” for a century at that point, thanks to Bitcoin, fusion was finally proven by 2049. Thanks to Bitcoin, a sustainable energy revolution took place, and humanity finally succeeded where international governments and agencies like the United Nations (UN) and World Economic Forum (WEF) failed consistently on their targets for several generations. The end of the 2040s was marked by mega-mergers between the world’s largest publicly listed energy companies, semiconductor design and manufacturing companies, and Bitcoin mining, consumer product and service companies.

In 2050, these quadrillion-dollar mega entities could design and build their own ASICs, mass-manufacture them, mine at large scale with energy they produced, and also offer customers the full suite of Bitcoin hardware, software and financial services. There were around 10 of these international megacorps that served about 80% of the market, with a booming open-source ecosystem of thousands of private, free, decentralized options serving the other 20% of the market. Competition in the Bitcoin mining space at this point was summed up as absolutely cut-throat with profit margins approaching zero, where the only way to remain alive was by competing on either cost or innovation.

With the price of bitcoin in 2050 being around $10,000,000, and now only growing at around 3% per annum due to its maturity and market saturation, silly novelties like physical metals have been completely demonetized. That $300 Big Mac you ate in 2039 was a cool $1,000 now, too. While gold was performing strongly at $10,000 per ounce in 2040, about 10 Big Macs, smart investors were growing impatient still holding gold over bitcoin after missing 1,000,000% upside over the past 30 years. People started becoming offended at being offered jewelry instead of satoshis.

As a result, by 2050, gold, and all other “precious” metals were selling by the ton rather than the gram or ounce, which allowed humanity to take advantage of the miracle of gold, silver, platinum and others as building and industrial materials . Previously prohibitively costly technologies and innovations were unlocked due to plummeting material costs. Due to gold’s specific durability and anti-radiation properties, we could finally look to space. While most people were accustomed to a 10 Gbit/s internet connection in 2050, 1 Mbit/s satellite internet was free and ubiquitous around the world by then.

While the Bitcoin blockchain was now about 3 terabytes in size, the largely Bitcoin-driven revolution in semiconductor manufacturing meant that you could be up and running with your own synced up Bitcoin full node for the cost of a Big Mac. The Bitcoin-driven energy revolution also meant that “at-home” fusion reactors were now only 30 years away from proving out at this time. The EU, US and China have collapsed, alongside the UN, and there are now 2,000 independent states that compete for the world’s best talent through responsible policy. War is not possible under a finite monetary system, and world peace has been achieved.

“We choose to go to the moon in this decade and do the other things, not because they are easy, but because they are hard.” A hundred years on from JFK’s famous speech and several of the world’s free independent states have established bases on the moon. Due to the sheer amount of satellites and relays in space, moon miners were not at a large disadvantage, and all energy not dedicated to terraforming the moon is going toward Bitcoin mining. On Earth, 25% of the world’s energy is dedicated to mining bitcoin, and due to the largely Bitcoin-driven intense competition in the energy markets, regular people effectively had access to very low-cost, if not free, energy. By the end of the 2070s, no one on planet Earth was without energy or electricity, and it’s all cheap and clean, thanks mainly to Bitcoin. The energy revolution enabled unprecedented opportunities for individual sovereignty and self-sufficiency, and major advancements in 3D printing and materials over the past half a century has made the “Star Trek replicator” dream one step closer to reality. Who ended up “building the roads”? Thanks to the Bitcoin monetary stack, micro and nano payments enabled a road network where users can pay competing private road operators for road use, even in “per meter traveled” increments, and even allow payments between vehicles themselves. This may sound strange but paying a few extra sats for all of your services still ends up being far, far cheaper than suffering through inflation and paying income, sales and land taxes.

The 2080s and 2090s saw a fairer global wealth distribution than that presented by Credit Suisse in its “2021 Global Wealth Report.” Back then, the top 1.1% of the population held 45.8% of global wealth, with the next 11.1% holding another 39.1%, and the bottom 55% only owning 1.3% , with the bottom 80% holding a far healthier 20%. Although this isn’t necessarily “equal,” this is far more in line with natural power laws (ie, “the 80-20 rule”). Indeed, with the ending of the fiat delusion of “finite resources, infinite money” and the market- and society-distorting practice of mass money printing, humanity was able to return to a more natural path. In the old fiat days, the top 1% could gamble, get bailouts from the government if the bet went sour, and off to the casino they went again.Now, the people who sell or spend their bitcoin know just how difficult they are to earn back.Once it’s spent, it’s spent forever.No reprints .Importantly, with terraforming of the moon well underway, and Mars also becoming a tourist destination, the world’s people were culturally ready to usher in a new century of reaching for the stars.

And finally we arrive to now, the year 2100. There are still 10 megacorps that provide 80% of the mining hash rate, products and services, but none of the 10 megacorps that were around in 2050 are still in business. Competition is so fierce that it is unlikely that the current crop of Bitcoin megacorps will survive this century. The world’s wealthy are now mining at home on their own fusion mini-reactors, and at-home mining is generally responsible for 20% of the hash rate. A third of the world’s energy is dedicated to mining, and the world’s grid is emissions free. Of note is that humanity now uses a full 50 times more energy than we did a century ago — all clean. Although people generally know what Bitcoin is, there are now so many layers and abstractions, bitcoin is just “money” to earth- and moon-bound people. Almost no individuals use baselayer Bitcoin to transact, and very few even use Layer 2 either, with most people using Layer 3 or above for day-to-day activities. Unfortunately though, the speed of light is too slow, and Bitcoin’s 10-minute block time is too fast, for bitcoin to be an effective money across the entire universe. The Martians have bootstrapped their own local proof-of-work-based monetary system, and a healthy UnEx (universal exchange) Market is forming. Although we still have another 40 years or so before the mining reward ends, the “not enough fee revenue” risk failed to materialize. Base-layer blocks are full, 24/7, just under a million transactions per day, with each of these million transactions themselves settling hundreds of thousands of other transactions per day on higher layers. While a base-layer transaction costs the equivalent of $1,000 in 2021 money, the total value settled per transaction is closer to $10 million, making the effective fee rate 0.01%.

Some parting advice from deep into the future: Take good care of your keys and hold onto them for dear life. Now it’s time for me to head back to the future. I have a lunch date with my grandfather, The Friar himself, at a fighting-fit 114 years old, who’s fresh out of hospital with a new set of 3D-printed stem-cell lungs. He’s on his second 3D-printed heart, and third 3D-printed liver — indeed, HODLing was not easy. 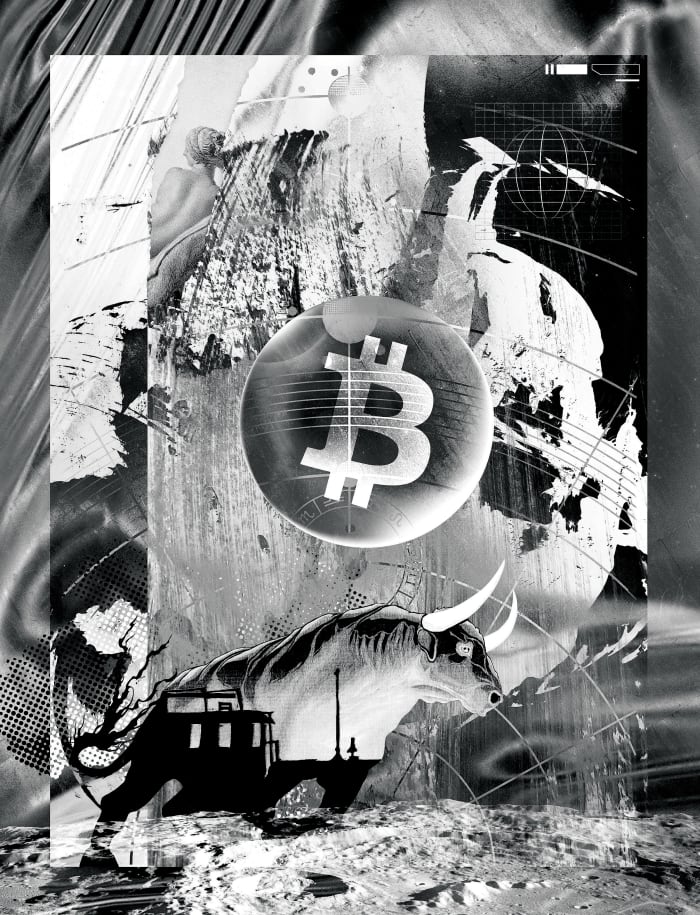