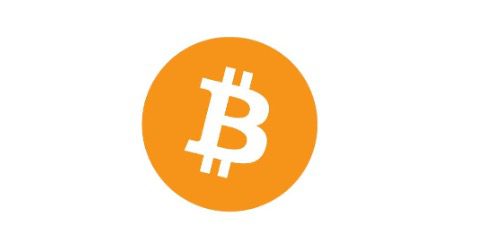 The Outlook for Bitcoin is Positive

Crowd Poll Forecast for August: 41% believe BTC will rise above $30k in August (This is up 12% from yesterday)

Crowd Poll Forecast: 74% believe it is a good time to buy Bitcoin

Detailed predictions and analysis of how Bitcoin gets its value, why is it volatile, what is its performance track record, and most importantly, is it the right time to invest in Bitcoin?

Since the bottom of June 18th, Bitcoin has been making higher highs and higher lows. However, the potential is huge as Brent Crude (a surrogate for Inflation has fallen 18% since June 8th), Bitcoin price is trading 24% below June 8th. Given the high negative correlation, BTC will rise way higher.

The BTC Price Prediction 2022 is $36,851. This will change depending on the size and nature of any recession.

In 2022, Bitcoin price was in the mid $30k levels when the Fed announced it would reduce its balance sheet. It then fell far more steeply than in 2017 given that investors have a much wider range of options now than in 2017. A 100% rise from the bottom of 2022 could take Bitcoin to about $35k.

So Will Bitcoin rise again above $30k this year? The odds are quite high that Bitcoin will rise to anywhere between $28k and $35k by the end of the year. The biggest risk to this forecast is a deep recession Globally.

Bitcoin momentum is likely to sustain in 2025 as economies recover. However, regulations are likely to increase as well. The aggregated Bitcoin Price Prediction 2025 at $95,220. This is almost 4.1 times higher than Bitcoin price today.

However, we expect a substantial bump between 2025 and 2030 when many middle-income countries are likely to invest substantial pools in the Bitcoin economy. The aggregated Bitcoin Prediction in 2030 is $524,319. This is 22 times higher than today.

When will Bitcoin go back up?

While the crash in prices would be a dampener in the short run, the long-run demand will continue to push the prices higher. Particularly so as the supply of Bitcoins being mined will fall by half in 2025, just 2 and half years from now. With reduced supply, the volatility is likely to diminish.

Bitcoin has delivered positive returns for most of the last 10 years. 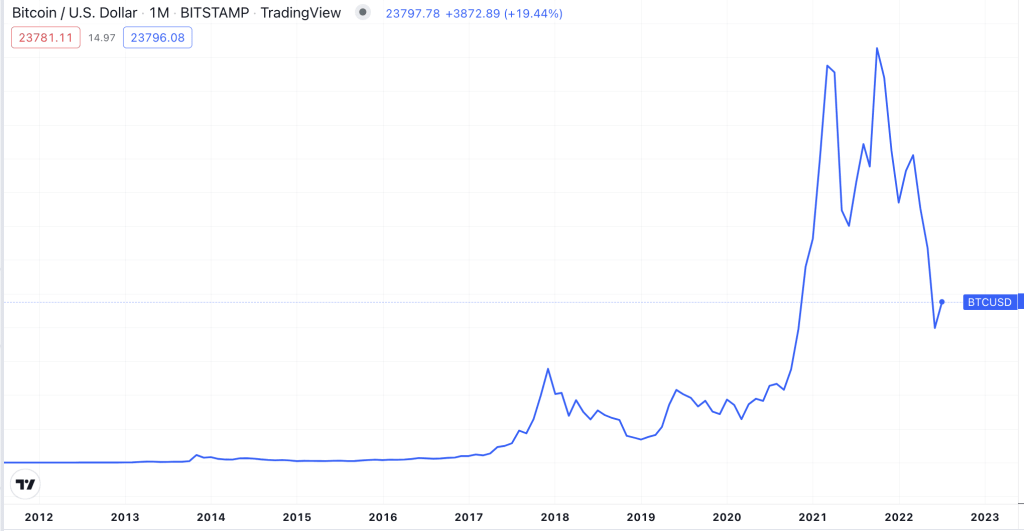 That said, there could be short-term instability: Unpredictable turn related to the Russian Invasion of Ukraine, a New Geopolitical Crisis not seen at the moment, new food-related supply chain issues, unpredictable weather conditions impacting food supply, Political gridlock or showmanship in the US owing to the November elections.

The Crypto market is easily affected by any geopolitical events happening around the world. Here are some factors that affect the price of Bitcoin:

Crypto news from around the world has affected the price of Bitcoin widely. Any good news about crypto like its adoption, or increased interest of the investors has led to a surge in the price of Bitcoin. At the same time any news regarding the ban of crypto in any country, and regulation against cryptocurrencies have led to a Bitcoin price crash.

Non-crypto news has also played a very important role in the price movement of Bitcoin. In early this year, Russia attacked Ukraine, this event turned out to be a Waterloo for Cryptocurrencies. The market started to crash since then and there has been almost no recovery. Along with it recently US Fed hiked the interest rate, this hike in interest rate led to the crash of the crypto market. Bitcoin price tumbled after the rate hike. 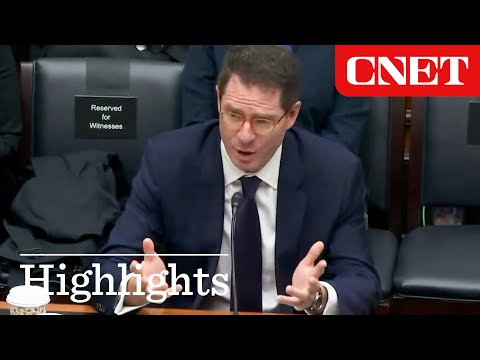 Investopedia: Why do Bitcoins have value?

The crypto market is yet to recover. Bitcoin has fallen over 50% this year. However, the predicting Bitcoin crash or the market crash may not be wise as the crash depends upon several factors and the most important factor has been the decision of the US Government. In order to tackle inflation, the US government has taken several decisions including the increase in the Fed’s rate. Now, if the economy does not recover and the inflation remains high, the US Fed may take a few more harsh decisions which may impact not just the crypto market by also the commodity market. If there is an increase in the rate once again, the Bitcoin crash is inevitable.

It is often believed that one should buy low and sell high. But many times this theory may not work as often none knows what is the low and what may be the high. Therefore, for a cryptocurrency like Bitcoin that has the potential to rise higher, it is advisable to hold longer even if you have made some profit when the price has fallen or are at a loss because you brought BTC when the price was high.

Bitcoin is known to yield higher returns when an investor has stuck to it for a longer time. Profit in short term could merely be luck. It is advisable to hold on to the Bitcoin investment as the price may rise once the market condition starts to improve.

Why is Bitcoin Valuable?

There are many who think Bitcoin is actually of zero value. However, given its limited supply and increasing usage for payment, it does have value

How to Invest in Bitcoins?

Getting Bitcoins has been made easier by the day. There are multiple exchanges offering Bitcoin and other cryptocurrencies. Hew is steps to how to get Bitcoins:

The very first step to investing in Bitcoin is to choose an Exchange. There are multiple exchanges in the market. The most popular ones are:

Subscribe to our Newsletter by sharing your e-mail address. No Spam!

Note: Crowdwisdom360 collates Predictions and data from all over the net and has no in-house view on the likely trends in the Index or Individual Stocks. Please consult a registered investment advisor to guide you on your financial decisions.