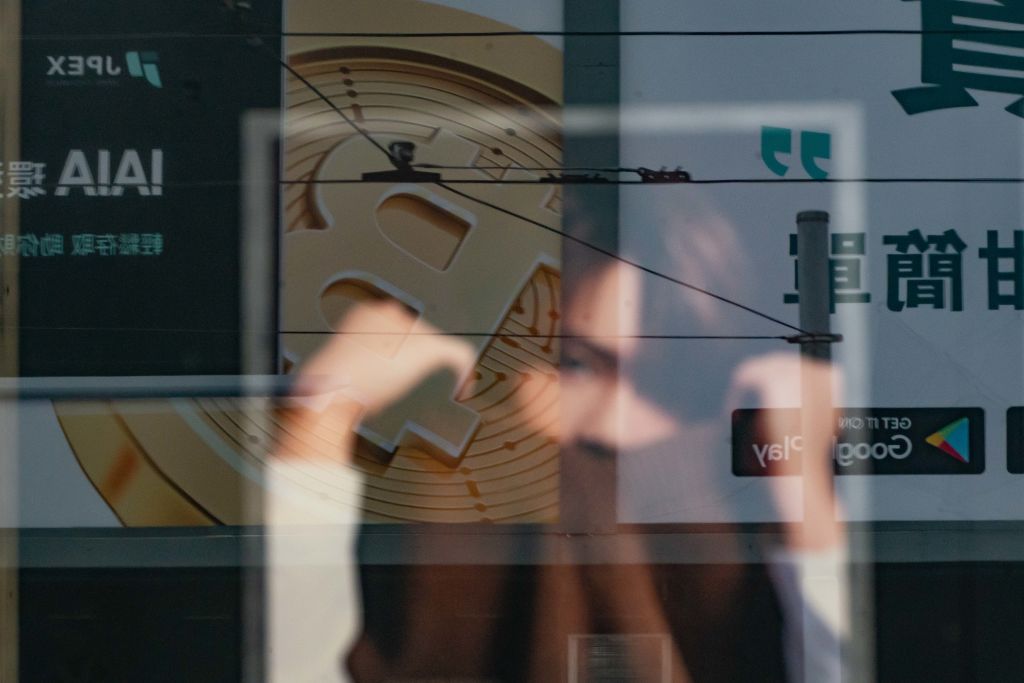 (Photo : Photo by Anthony Kwan/Getty Images) HONG KONG, CHINA – FEBRUARY 15: Reflection of an advertisement displaying a Bitcoin cryptocurrency token is seen on February 15, 2022 in Hong Kong, China. Cryptocurrencies are gaining popularity worldwide as investors seek to diversify into the new asset class despite wild swings in the valuations of assets like Bitcoin and Ethereum in the first weeks of the year. Buying and selling crypto is becoming common in many places, like Hong Kong, where regulators have so far avoided using a heavy hand to manage crypto platforms.

Bitcoin (BTC) and the whole cryptocurrency market went through wild price fluctuations in the past few weeks. These movements brought more panic and uncertainty to the market, prompting new warnings from Economic Daily, a newspaper directly under the Chinese Communist Party.

Bitcoin is Nothing More Than a ‘String of Digital Codes’

According to the newspaper, Bitcoin holds no intrinsic value apart from being a mere “string of digital codes” which only generate profit based on price movements. It also adds that in the years ahead, two scenarios are possible. Either investor confidence in Bitcoin collapses or sovereign countries declares it illegal. Both scenarios, however, will only drive Bitcoin to its “original value, which is utterly worthless.”

The newspaper was also reported to have published content amplifying the crackdown of the Chinese government on cryptocurrencies. It used Luna and its terraUSD stablecoin to justify China’s stance on crypto trading.

Anti-western statements also populated their publication. The newspaper said that the crypto market is over-leveraged due to the lack of regulation in Western countries. It is “full of manipulation and pseudo-technology concepts,” according to their report. It is this market element that brings more uncertainty and greater volatility to BTC.

China’s Colorful Past With Cryptocurrencies

Fairly recently, China took further steps in regulating cryptocurrencies and their trading. It also cracked down on mining, spreading more fear, uncertainty, and despair (FUD) in the global crypto market. Some members of the crypto community pointed to China lashing out at crypto as one of the reasons for the earlier market meltdowns.

BTC and other cryptocurrencies have recovered slightly from the market’s deep plunge recently. While BTC has returned to the $20,000 level since dropping past $18,000 this week, China is not about to give the market a breather.

A government agency in China, the Financial Regulatory Bureau of Shenzhen, published a warning of similar nature recently. According to the bureau, crypto trading and its speculative nature significantly drive down the public’s security for their property. They added as well that cryptocurrencies only breed criminal behavior while it disrupts the stability of the current financial order.

To further justify the bureau’s take on cryptocurrencies, they cited the Central Bank of China’s notice, declaring cryptocurrency transactions illegal. They also echoed sentiments that offshore exchanges targeting mainland Chinese users will have to face legal consequences if found guilty.

Despite the unified crackdown on crypto, however, China’s cryptocurrency believers are still finding ways to circumvent legal restrictions. This information brought stricter responses in Guangdong, prompting them to take stronger actions against decriminalizing cryptocurrency activities. Reports from OKX, a cryptocurrency exchange platform, say that despite government restriction, nine (9) percent of its web traffic on Wednesday were from users in China.

The crackdown on cryptocurrencies is nothing new, however. Investors and retail traders who have been in the market long enough find these are the birth pains of any new financial innovation faces. This is especially true for technologies designed to disrupt the current centralized order of the traditional financial world.

ⓒ 2021 TECHTIMES.com All rights reserved. Do not reproduce without permission.

Bitcoin and the current market challenges

LUNA 2.0 Off To A Rocky Market Debut — Do Kwon’s Resilience In Making Terra Whole Again Is Questioned ⋆ ZyCrypto