Bitcoin Regains the $20K Mark, Is BTC in a Recovery Mode?

The liquidation price has decreased significantly from 12K to 5K, which means there will not be enough sellers to sell their stake, reducing the probability of a crash in BTC price. In recent times, the higher range of liquidation is 24K.

There is a high probability of forming a bottom in 2022, around 18K, and a lower probability of a further crash. Analysts who were bearish for the short term have turned bullish. Besides that, the CEO of the Binance Exchange announced that Bitcoin could be used in banks, which may help the BTC price bounce back.

However, there is a flip side. If Bitcoin goes below $19K, there will be a high probability of further downside, which is why you should read this price analysis before investing. 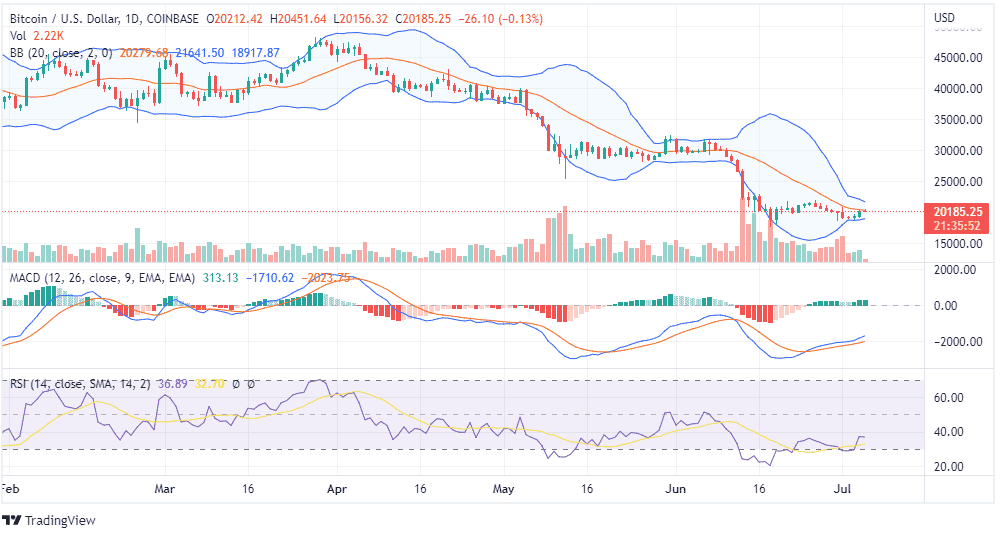 After the two-year rally, many analysts predicted that the price would touch the $100K level. On the other hand, some bear analysts predicted the downtrend of Bitcoin. Today, BTC is trading around $20,185, which has broken the last support of $28K, and previously it broke the level of $38K.

The good news is Bitcoin has bounced back over $20K. On the daily chart, the MACD indicator is bullish with green histograms, and RSI is 40. Moreover, candlesticks are forming around the baseline, suggesting a bullish market reversal. However, it is not the right time to invest for the short term until it crosses the $23K level.

Since November last year, BTC has been in a downtrend after reaching the $68K level. Even after forming higher lows and lower lows, it is in a downtrend, and retail investors are selling their stocks out of panic, whereas big investors are accumulating the coin for the long term. 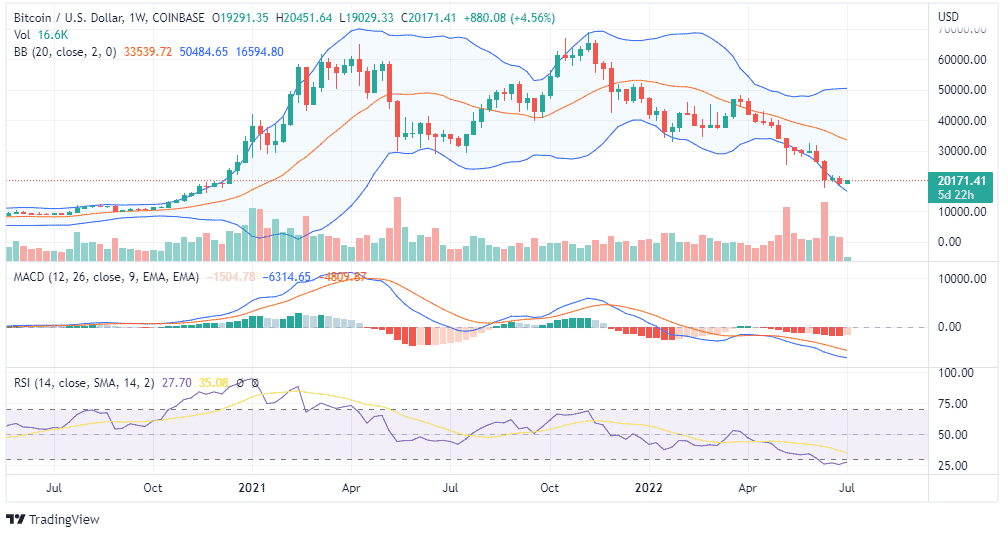 On the weekly BTC chart, RSI is in the oversold zone, and MACD is bearish with red histograms- just the opposite scenario of the daily chart. It means the chart is still in the bear’s grip, also reflected by Bollinger Bands. If it turns bullish for the short term, $30K will be a strong resistance level.

All the major indices are down if you check the global scenario. However, inflation is under control, and the risk of unrest in European countries is all included in the price action.

Indeed, it is an asset to invest in for the long term. You should accumulate the BTC coin, but we do not suggest investing for the short term until it crosses the level of $30K.

Cardano (ADA) Among the Top 10 Cryptos Bought By BSC Whales