As Bitcoin (BTC) struggles to keep its head above the $20,000 level amid bearish times in the cryptocurrency market and wider macroeconomic troubles, crypto experts are analyzing its recent price action to try and determine its future movements.

According to one of these analyses, Bitcoin can expect “some bullish momentum,” as long as it breaks the resistance area of ​​$20,100 – $20,340, the crypto consultancy platform Eight Global stated in a tweet on October 3. 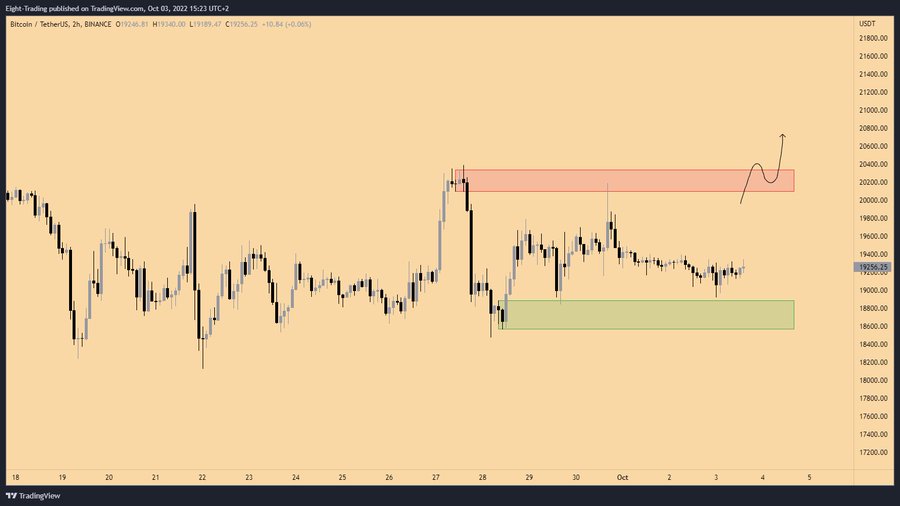 The consultancy platform also noted that:

“Looking at the overall price action for BTC, we can see that we are actually consolidating for quite some time now.”

Meanwhile, Bitcoin’s supply on exchanges has fallen to a four-year low, which indicates that more market participants are willing to buy the cryptocurrency rather than to sell it.

At the same time, analysts are looking at Bitcoin’s behavior during past bear markets in October, noting that the flagship digital asset has performed poorly during these periods, as Finbold reported earlier.

On a more positive note, Bitcoin mining power has recently reached an all-time high of 240.208 million TH/s, as miners of the maiden cryptocurrency remain unmoved by unfavorable microeconomic concerns.

Moreover, Bitcoin’s trading volume has hit a three-month high – the highest since mid-June – and stood at $42.68 billion on October 1, as investors ditch fiat in record numbers and flock to the largest cryptocurrency and its runner-up, Ethereum ( ETH).

As things stand, Bitcoin is currently trading at $20,048, up 4.53% on the day – at the same time as the global cryptocurrency market capitalization has grown by 3.61%. However, the price of Bitcoin is still down 0.75% compared to the previous seven days. 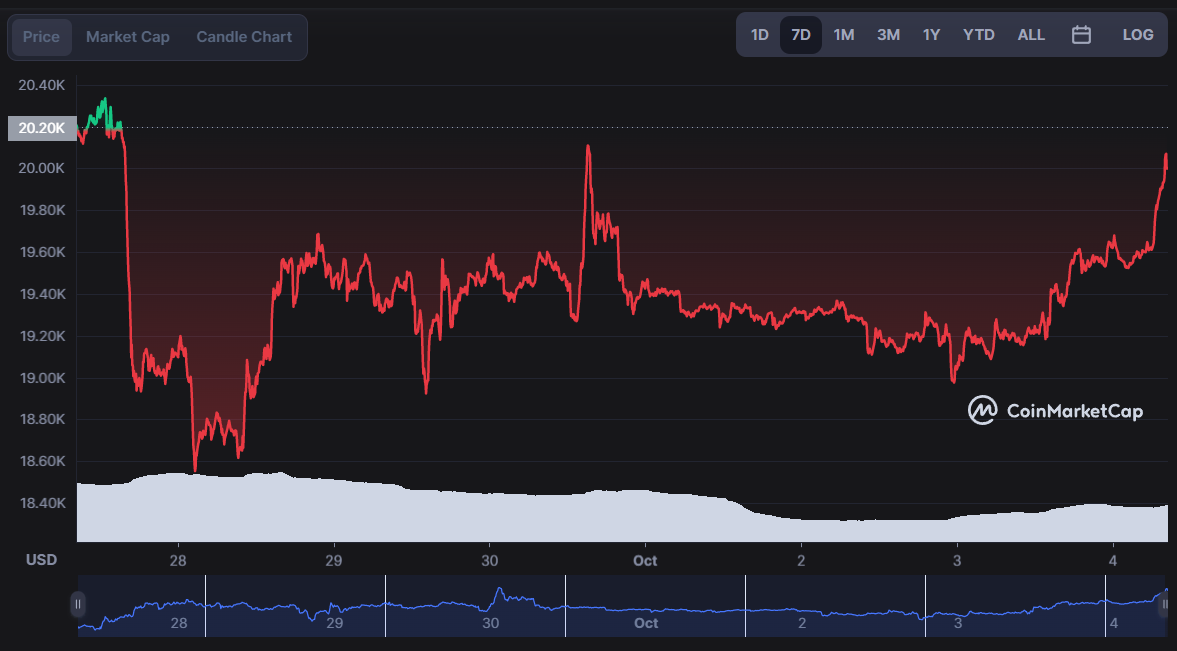 In the meantime, the market cap of the largest cryptocurrency by this indicator at the time of publication stood at $384.29 billion, as per CoinMarketCap data.

Disclaimer: The content on this site should not be considered investment advice. Investing is speculative. When investing, your capital is at risk.