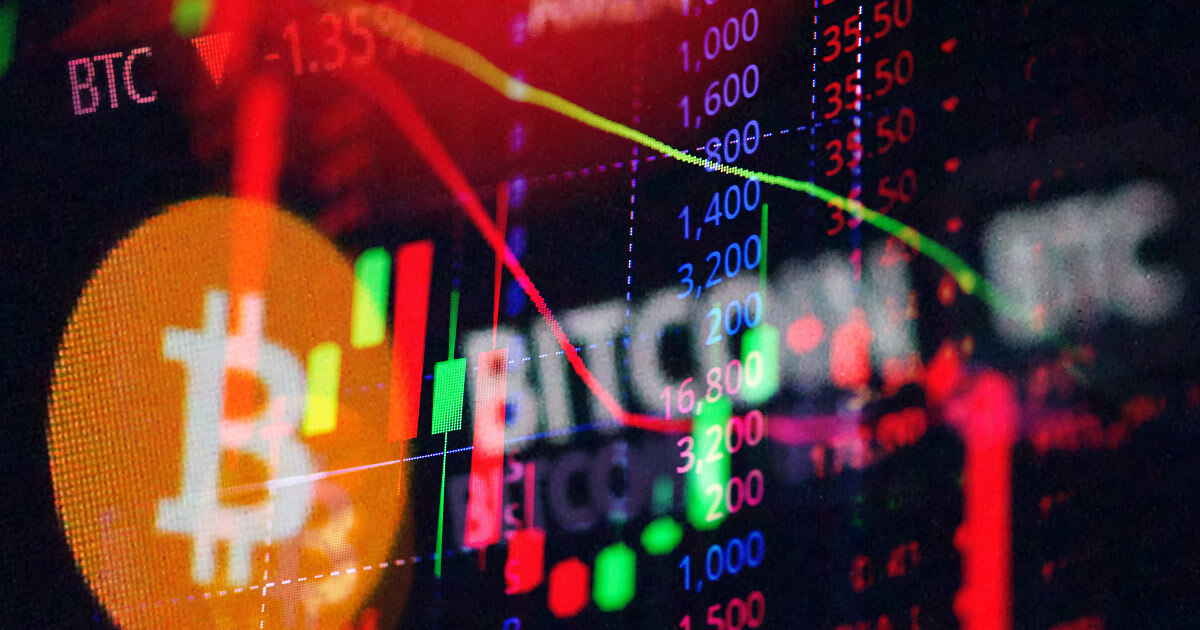 CryptoSlate’s analysis of Glassnode charts showed that Bitcoin’s (BTC) realized losses in 2022 were almost twice the size of realized profit.

According to the chart, Bitcoin had a realized loss of $195 billion in 2022. This means that several holders sold their BTCs for less than they bought them. Most of these losses occurred in February, May, June, and November. 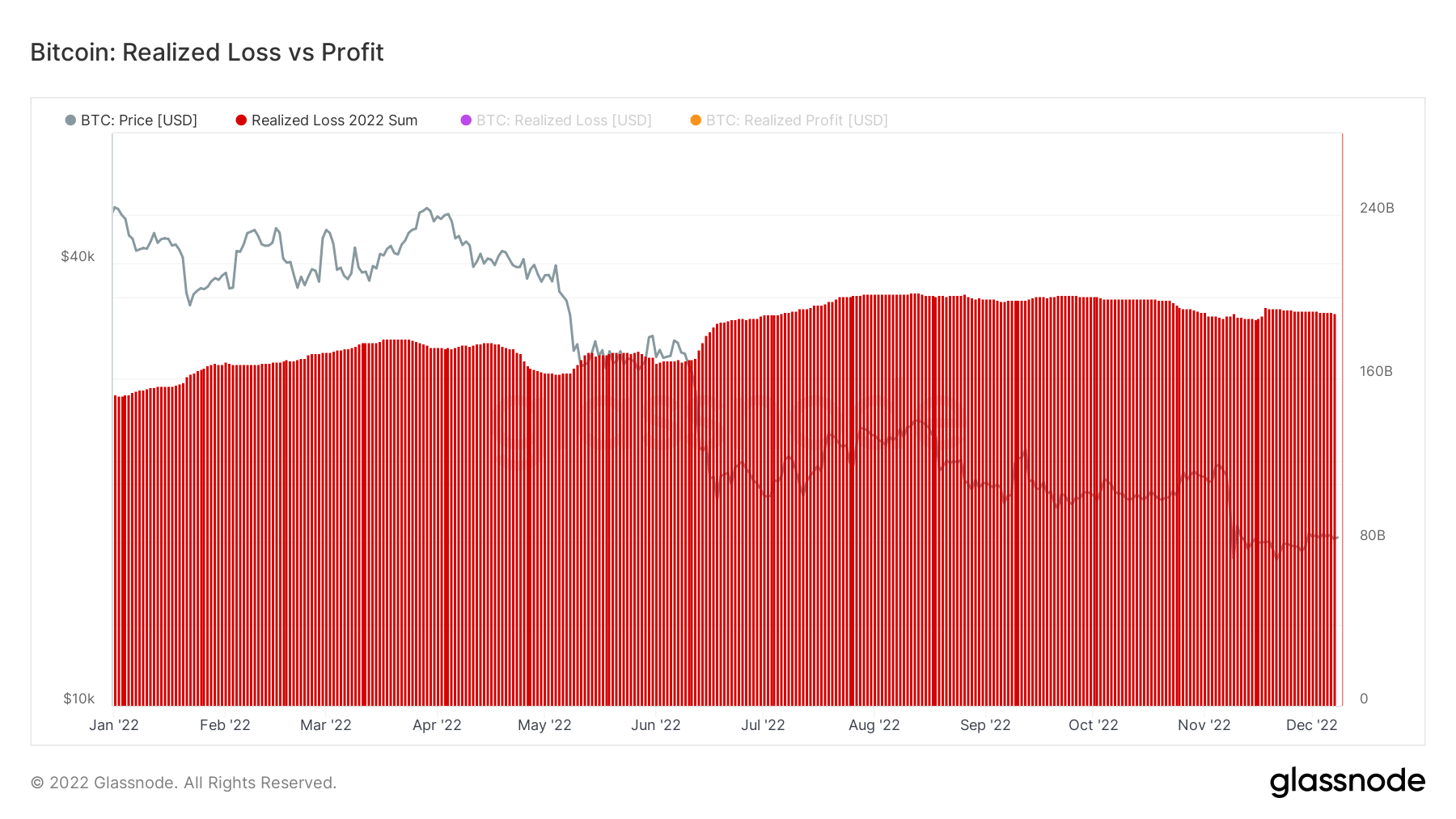 These periods are significant as various events ranging from the Russian-Ukraine war to the failure of crypto projects like Terra’s UST, led to massive sell-offs resulting in these losses.

The two highest capitulations in 2022 happened during Terra’s implosion in May and June. Investors lost over $14 billion and $20 billion, respectively.

Bitcoin experienced its worst month during this period, as it shed around 40% of its value within 30 days.

Meanwhile, the FTX collapse in November also led to a record loss of over $10 billion in seven days for BTC holders -this was the third-largest capitulation in the year. This event led to a massive withdrawal of the flagship digital asset from centralized exchanges as investors began to favor self-custodial services.

CryptoSlate reported that investors suffered more realized losses from the FTX fallout than they did from the collapse of Luna. 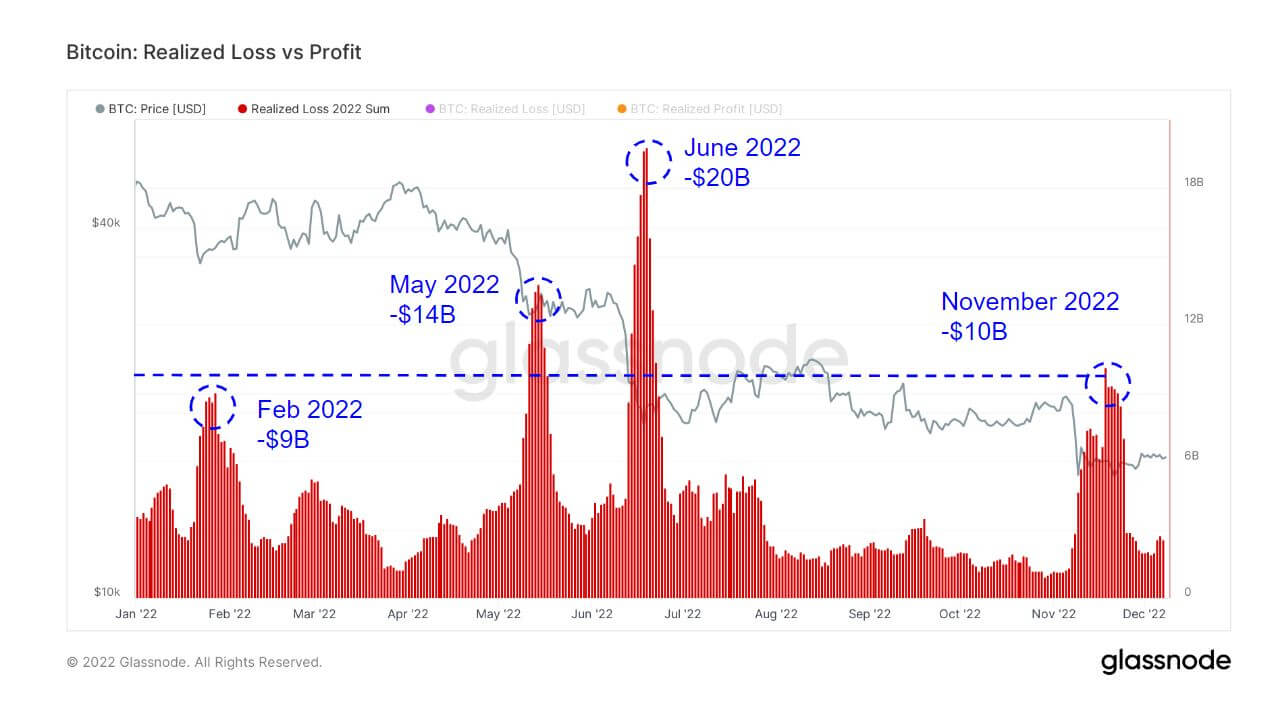 The fourth major capitulation happened in February after Russia invaded Ukraine. Sell-offs at the time resulted in over $9 billion in losses. Reports emerged that Bitcoin traded at a premium as high as $20,000 on Russian exchanges.

In summary, BTC investors’ capitulation in 2022 resulted from macroeconomic and industry-specific factors that don’t speak exactly to the value of Bitcoin.

Meanwhile, investors still realized profits of $105 billion in 2022, most of which came from long-term holders holding BTC for over 18 months. 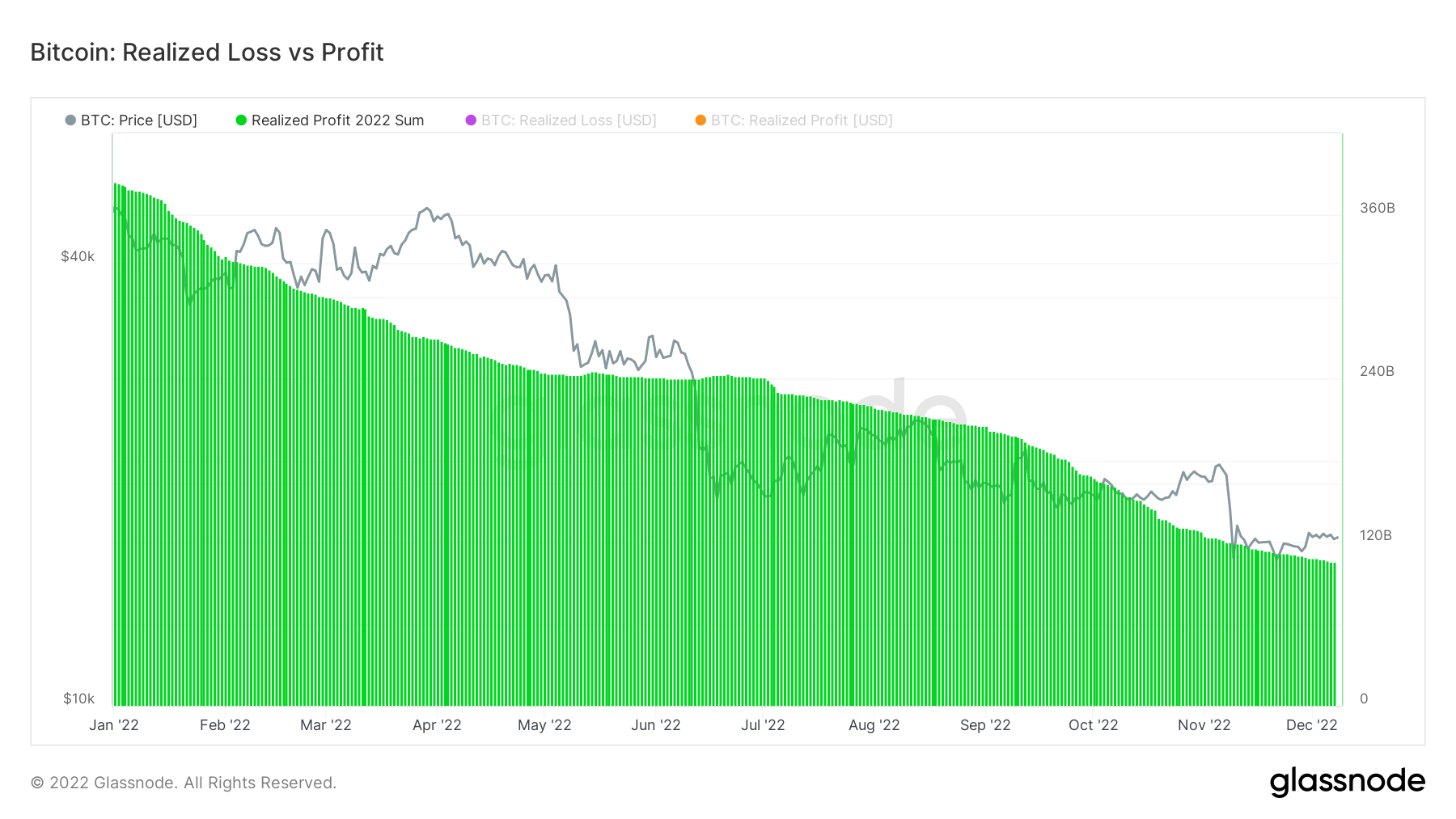 Notably, the realized profits decreased as the year progressed due to declining prices. BTC’s realized gains peaked in February and April when investors that sold made over $7 billion in profits. Bitcoin traded around $40,000 in both months.

With the price declining in subsequent months, profits for investors that were selling also reduced. The lowest realized gains in 2022 was $500 million recorded in December 2022, when BTC mostly traded below $17,000. 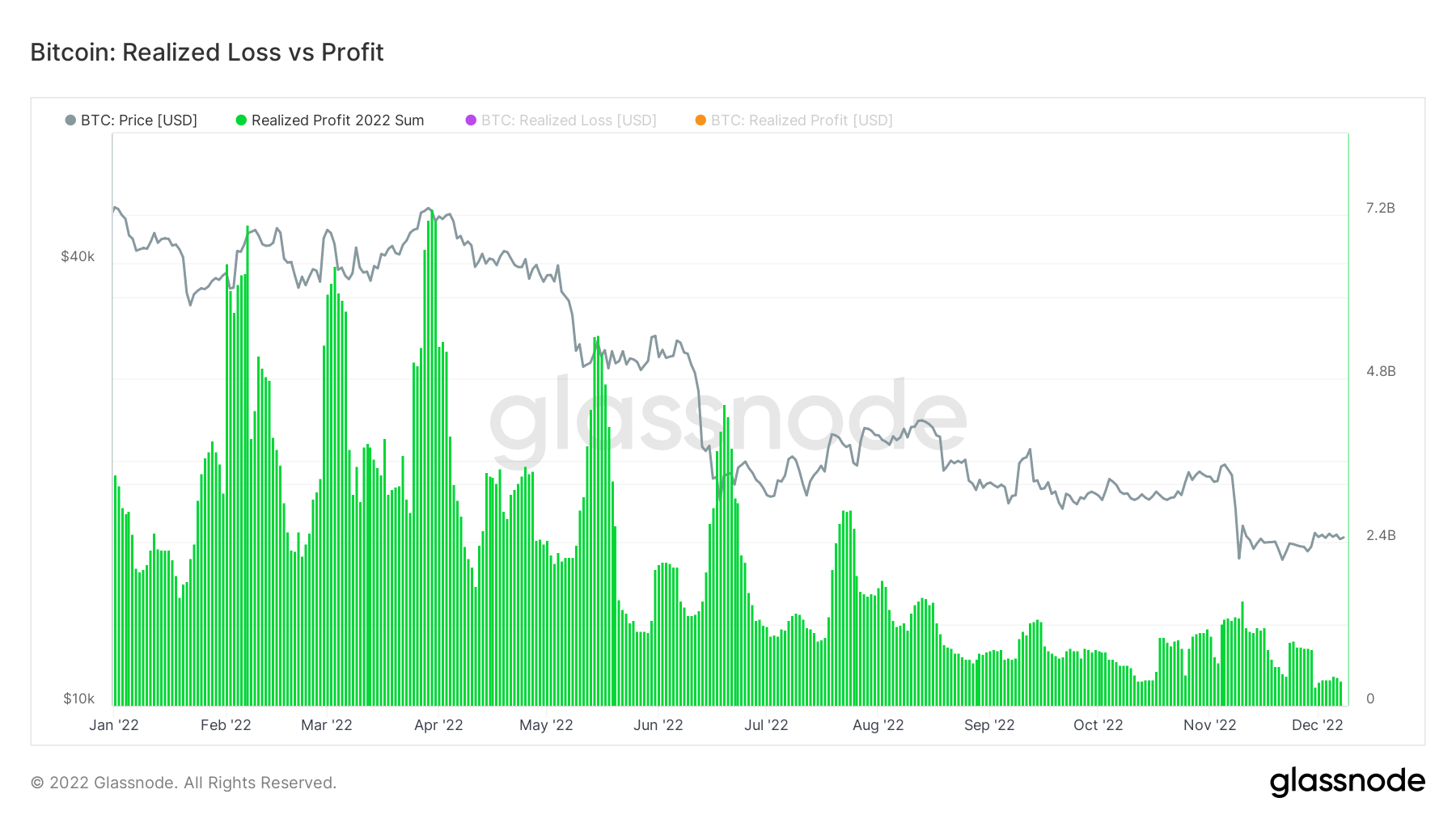 Ethereum unlock in March worth tens of billions of dollars