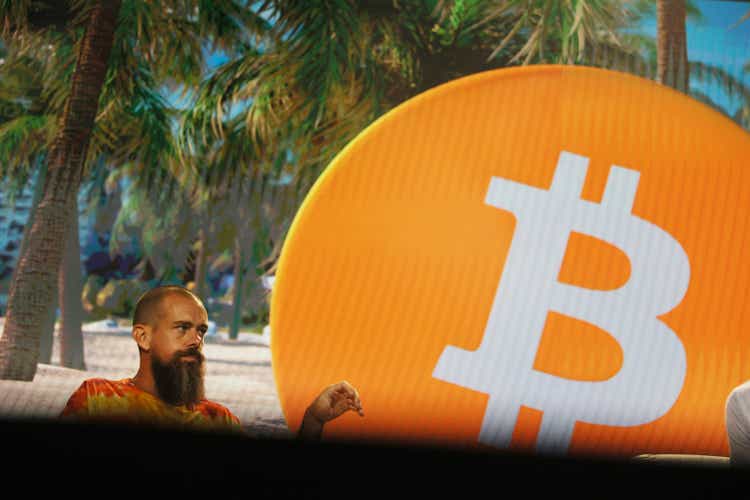 block (NYSE:SQ), formerly known as Square, has emphasized its commitment to bitcoin (BTC-USD) through the ongoing development of its bitcoin hardware wallet, as well as prospects for selling open-source application-specific integrated circuit (“ASIC”) mining rigs.

It may be a good time for block (SQ) to push into the business of selling ASICs, as the bitcoin network’s total hash rate hovers near its all-time high, meaning more BTC miners are getting involved which ultimately improves the network’s security.

While Bitcoin (BTC-USD) accounted for just 5% of Block’s (SQ) revenues as of the end of March, the crypto will enable its “entire business to move faster globally,” CEO Jack Dorsey, a long-standing advocate of BTC , said during his company’s investor day, its first such event since 2017.

“The internet requires a currency native to itself, and in looking at the entire ecosystem of technologies to fill this role, it’s clear that bitcoin is currently the only candidate,” Dorsey said.

Block’s (SQ) bitcoin-centric vision followed its move to integrate the Lightning Network on its Cash App in an effort to enable bitcoin (BTC-USD) transactions.

Earlier, Block mapped out a path to growth through bitcoin, Tidal, Square and Cash App.

Report: Swiss Bitcoin investors saw the most profits in 2021

Crypto community with 80% historical accuracy sets Ethereum price for May 31, 2022