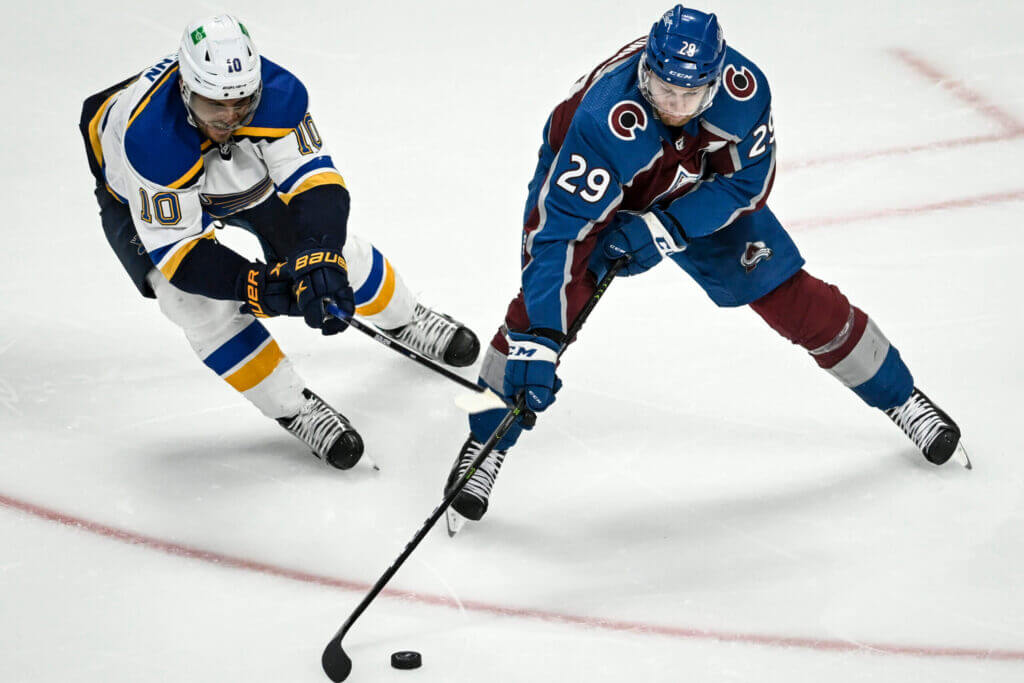 At multiple times in Wednesday’s Game 5 it looked like Colorado would finish off St. Louis and advance to the conference finals. Instead, the Blues came back from 3-0 down and 4-3 down to tie the game in the final minute of regulation before winning in overtime.

Now the series shifts back to St. Louis for Game 6 with the underdog Blues still alive. Can they force a Game 7?

Every day during the Stanley Cup Playoffs, The Athletic’s writers will make their picks, straight up. We put our picks, the TV schedule and all series coverage, plus the latest odds, all in one place for fans to easily digest and follow. Our in-depth NHL coverage is linked below the picks. For live NHL odds from BetMGM, click here.

What are the odds for Avalanche at Blues?

What was the key? The game isn’t over until it’s literally over. Credit to St. Louis for its desperation play. After falling short at five-on-five in the first period, the blues battled back in the next two periods. In the second, they generated about 58 percent of the shots and had a slight edge in the quality chances. In the third, the shot share was tighter but the blues generated almost 61 percent of the expected goals share. Despite some flashy plays from Colorado, St. Louis kept its cool and kept pushing forward.

Key stat: Darcy Kuemper allowed 2.66 more goals than expected in all situations. This loss isn’t completely on him, but his play in net didn’t exactly help Colorado, either.

Avalanche Worry Meter: 🙃🙃 … It’s not over till it’s over.

Blues Worry Meter: 🥴🥴🥴🥴 … St. Louis stays alive, but the pressure is on to make it three straight wins.

Blues vs Avalanche expert picks and predictions for Game 6