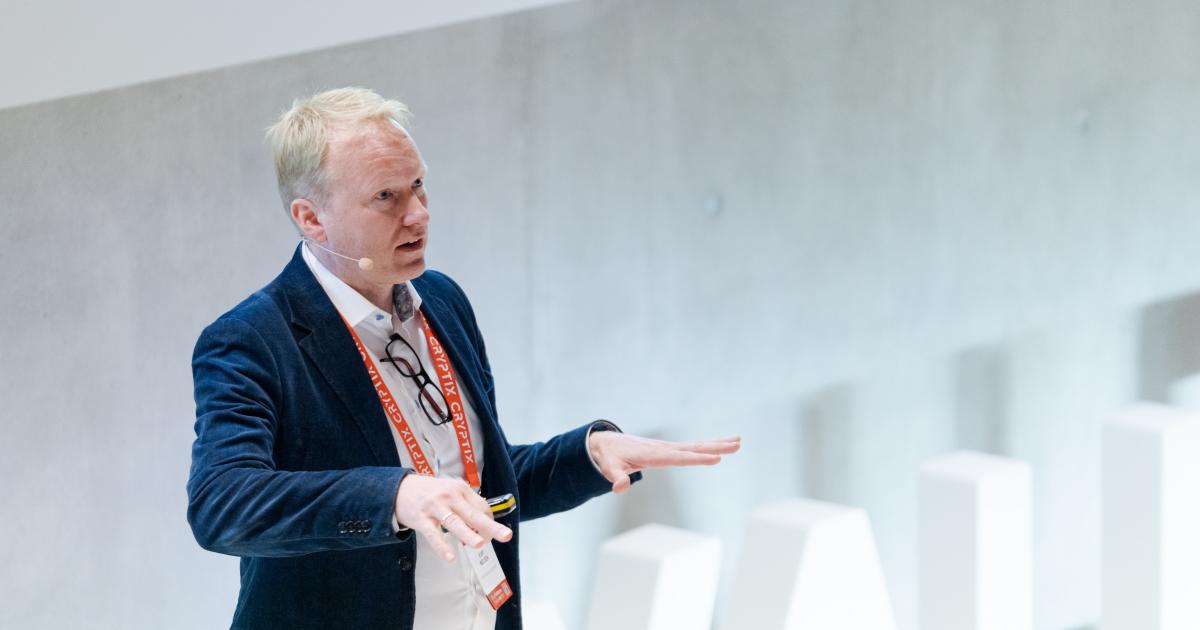 Kurt NielsenCEO and co-founder of blockchain company partisiarecently spoke with gasoline ga at the Crypto Valley event in Zug, Switzerland, which took place on June 2 and June 3.

Here’s what he had to say:

The following text was edited for clarity and concision.

Hi Kurt, nice to meet you. Care to start off with an introduction?

I’m an economist and was doing my Ph.D. in game theory and market design when I met a person called Ivan Damgard. He told me about what he was doing in multi-party computation.

We started collaborating and raising funding to bring this basic research out of university and, in 2008, we were the first ones who used this research in commercial terms with a large Danish company. That was the beginning of Partisia. Then, the technology matured and we moved it to different use cases such as key management, or the handling of cryptographic keys.

We bring privacy-preserving computation into your blockchain and that’s quite the opposite of what blockchain is all about, right? It’s transparency and immutable ledgers.

What are the use cases?

There are a tone. At first, I mentioned the key management, a sort-of generic infrastructure thing.

Now, we’re focused on privacy and data — distributed computers that run on encrypted data — and what you can do with that.

Take advertising. We have a three-tiered approach to how to bring this technology or platform to the rest of the world. The first one is interoperability and this is built into the network which allows us to sell what we do best — privacy and preserving computation — and by doing that, we’re bridging in external coins which means we are functioning as a second layer for partnering networks.

We have a partnership with EMURGO, Cardano‘s (CRYPTO: ADA) commercial arm. ADA is bridged into the Partisia blockchain and developers, on the dapps, can use the privacy-preserving computation and add that to their existing capabilities on Cardano, while boosting their own economy, the ADA coin.

We’re doing the same thing with the polygon (CRYPTO: MATIC) network, which is a number of a lot of applications sitting on top of Ethereum (CRYPTO: ETH).

You’re a team of economists and computer scientists building in this for over a decade. What are you most excited about at this juncture?

We have a focus on SDGs — Sustainable Development Goals — for the United Nations. This is a way for us to showcase what this technology can do by solving real problems. We’re working very closely with some NGOs and finalized an NFT auction to use funds toward the NGO with the Global Fund, one of the largest funds in the world, and the RED organization founded by Bono and Bobby Shriver in 2006.

They are very big brands that have never been into blockchain before. We’ve showed them how they can use blockchain to leverage what they’re doing, and get a closer connection with donors, reporting back what the money is spent for.

On top of that, you can have an NFT fundraiser where you always start with a piece of art. Every time that art is resold, you continue to raise funds for good causes. We raised half a million for the initial test and there was also a recent collaboration with Binance.charity.

Where do you see the organization in the next few years?

I hope that these integrations with existing networks pay off in the sense that you have a boost of innovation when you bring a new tool to these developers. They’ll start to think innovative about how they use that as they build new business models. We have a pipeline of six or seven new flagship products. We’ll be working on these high-level projects, like humanitarian monetary aid into war zones, cyber security, sharing of intelligence, addressing counterfeit products in medicine, and a number of cases like that.

What’s the broad takeaway for readers of this article?

This is going to fundamentally change the business model for the internet economy. You’ll get a fair share of the profits generated from your data and you can, then, use that to pay for services.

Why have you worked in Switzerland?

You want to have the ability to talk to financial regulators in a well-functioning economy. We couldn’t find a better place than Switzerland.

© 2022 Benzinga.com. Benzinga does not provide investment advice. All rights reserved.