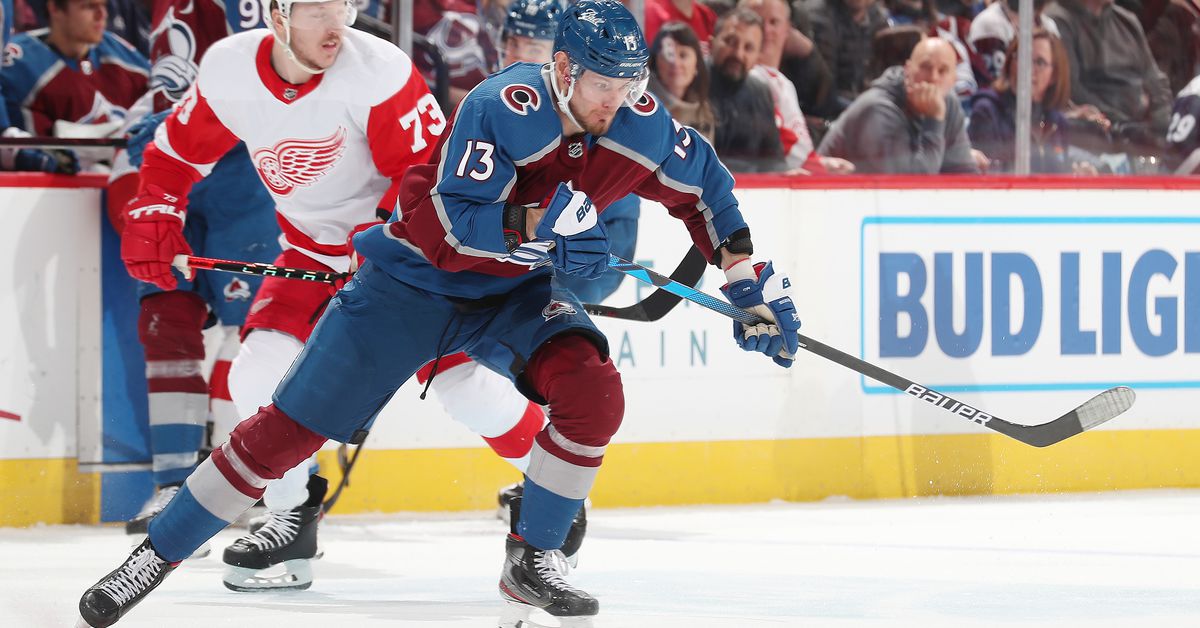 The rivalry between the Detroit Red Wings and Colorado Avalanche re-emerges tonight in Motown. Almost 25 years after the Brawl of ’97, the rivalry has died down from what it used to be.

However, it could very well be revitalized today. These two met earlier this season and saw former Red Wing Darren Helm score against his former side in a high-scoring 7-3 win for the Avalanche. The Red Wings will look to return the favor in their home arena.

The rivalry might continue tonight thanks to the Avs’s most recent performance. They are coming off a brutal 5-1 loss to the Boston Bruins on Monday afternoon in what might debatably be the worst performance of the season. It was only the 10th regulation loss of the season for the Avs who are still 10 points up on the St. Louis Blues for the Central Division lead and still lead the league in points.

Helm will return to Detroit for the first time since his departure and look to repeat what he did earlier this season against the Wings. He needs a turn of form and this is a great opportunity to do so as he and his team look to get back in the win column.

He will have to do so without Nathan MacKinnon, as he is out day-to-day with a lower body injury that has been nagging with him for a while and not getting better. Jared Bednar is hopeful that he will be back Friday at home against the Winnipeg Jets. In other injury news, Bowen Byram has been back skating in Denver on a path to recovery but still has no timeline of when he might return to the team.

The Red Wings sit at just above an even .500 record, reaching the end of their rebuild. Steve Yzerman has done an excellent job rebuilding his former team to bring them back to their glory days and steer them back into the playoffs.

The Wings are well rested too, having not played in almost a week. The schedule continues to be in favor of the opponents of the Avalanche. The Wings did win out last Thursday in the shootout against the New York Rangers at Madison Square Garden 3-2.

Dylan Larkin, who has been out due to injury is a game-time decision tonight. His 52 points in 46 games has been dearly missed and would be huge if he’s available and ready to go tonight. If he’s not able to play, Joe Veleno will go in his spot tonight.

After being poured on with 45 shots on Monday, Darcy Kuemper will get the night off and Pavel Francouz will stand in his place. For the Red Wings, it will be Thomas Greiss looking to get the Wings their 24th win of the season.

Fantom Price Prediction as FTM Surges Up 15% in 24 Hours