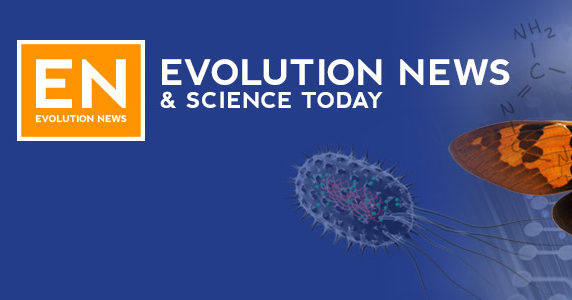 In my earlier review of Cosmos, I mentioned that the new series’s recent premier spent an unusual amount of time (for a science show) promoting the old “warfare” model of science and religion, and the myth that religion has hindered the advancement of science . Jay Richards has an excellent piece of criticism of Cosmos’s revisionist history of Giordano Bruno, the scientists cultist philosopher who was persecuted by the Catholic Church for his heliocentric scientific viewpoint philosophy that (among other things) worshiped Egyptian deities. But Dr. Richards is not the only critic. In fact, a number of mainstream, decidedly not-pro-ID sources are making similar criticisms.

One of the goals of “Cosmos” is to introduce the world to “heroes of science.” This would be the premiere episode’s one and only massive failure. That’s because someone at “Cosmos” decided to trot out the case of a 16th-century Italian philosopher named Giordano Bruno as its first hero.

Unfortunately for “Cosmos,” Bruno wasn’t terribly heroic. And he wasn’t a scientist at all.

A religious philosopher living in the tense years following the schism between Catholicism and the new faith of Protestantism, Bruno managed to irritate and complicate the beliefs of just about everyone by preaching a cosmology of an infinite universe in which the Sun is just a star, around which the Earth moves.

Here’s the thing: Even “Cosmos” points out that Bruno had no scientific basis for his theories. “His vision of the cosmos was a lucky guess,” says Tyson. So why is the long-dead philosopher important enough to rate hero status? That would be because “Cosmos” takes its case as one of “martyrdom.”

What “Cosmos” does not point out to its audiences is that the Catholic Church didn’t really care about Bruno’s views on the Earth moving around the Sun. His crimes—the ones for which he was executed—were theological. Several actual scientists in this period happily investigated the ideas of Copernicus’ theories without running into trouble. Even Galileo only got in trouble when he published books that directly mocked the Church’s adherence to the Earth being at the center.

Why does this matter?

So what if Giordano Bruno wasn’t a scientist and wasn’t executed for science? There are three big reasons why this does, in fact, matter and why it hurts “Cosmos” to get it wrong.

1. To borrow one of Tyson’s famous quotes, the good thing about science is that it’s true whether or not you believe in it. The same goes for history. Getting the history of science wrong hurts science itself. Why believe the science if other parts of the show are inaccurate?

2. Making Bruno into a martyr for science basically makes 100 years of historical research useless. The idea of ​​Giordano Bruno as a scientific hero only originated in the 19th century when he was championed by several historians. Since then, most have classified him as a philosopher sharing dangerous ideas in a dangerous time.

3. It’s an unstated goal of “Cosmos” to champion science and scientific reasoning over superstition and religious dogmatism. But you’re not going to win over anyone by vilifying religion in the face of science. Add in Bruno flying into space in an overtly crucifixion stance almost seems like giving religion the finger. You don’t win arguments that way, “Cosmos.”

Or there’s this scathing criticism, from staunch evolutionist Hank Campbell at Science 2.0:

Then suddenly we get a claim that Giordano Bruno is responsible for the concept of the universe — because he read “banned” books. Lucretius wasn’t science – there was no scientific evidence for his claim that wind caused earthquakes or worms spontaneously generated – it was philosophy, and his book was not rare in 1600 AD, people were also not martyred for reading it, and yet we get told a philosophical belief in infinity what got Bruno into trouble.

It’s an immediate disconnect for people who know science history because it smacks of an agenda. I instead object because it is flat-out incorrect. To claim that Bruno promoted the concept of the universe, a “soaring vision”, despite persecution, while simultaneously being hired over and over by the institutions we are told were oppressing him, makes no sense. That segment of the show makes it sound like he was a devout Christian tormented by reason rather than what he was — a cultist who engaged in confirmation bias to pick and choose anything what matched his beliefs.

Bruno’s “science” was never mentioned during his trial, he was on trial for being a cult worshiper. He only took up the cause of Copernicus because he believed in the Egyptian god Thoth and Hermetism and their belief that the Earth revolved around the Sun, not because he had perceived anything radical. Galileo rightly dismissed most of Bruno’s teachings as philosophical mumbo-jumbo. Bruno was only revived as a “scientist” and a martyr for science by anti-religious humanists in the 19th century. The church didn’t even bother to ban his writing until well after he was dead.

Bruno was not a martyr for science, the way the cartoon in “Cosmos: A Spacetime Odyssey” alleges, he was a martyr for magic. He actually was a heretic. Sorry, but 400 years ago when you repeatedly lecture about what was regarded as a cult and insist Catholics and Protestants need to accept Hermetism as fact, you are getting into trouble. He also taught that demons caused diseases. No matter how little you may know about the 16th century, you know they were not teaching that demons cause diseases.

Roman Catholics gave him 10 years to back off from his claim that his alternate religion was empirical fact they needed to accept. Hardly a sign of rushing to judgment or pop culture beliefs about religion of the time. He instead wanted to be a poster child for the Inquisition. He was clearly mentally ill.

It sets an unfortunate tone that they slipped revisionist history in with science — it is the story of Bruno as if it were written by a blogger on some “free thought” site. Are humanists and atheists the key market for this program? That wasn’t the case for Sagan.

And I know that isn’t the case for Tyson either. Walk up to Tyson and call him a skeptic and he will quickly assure you he is not part of any organized skeptic movement. He goes where reason takes him and, like Sagan, he can probably defend the value of a liturgical society and then he will be critical when religion deserves to be criticized.

Sagan succeeded because he communicated science without tearing other people down. Tyson does also but in the episode provided to me, the Bruno story came across as more of a program Richard Dawkins would have hosted than Carl Sagan. And that’s too bad, because Tyson is not divisive like that.

Or, perhaps something we’re learning from this new Cosmos series is that Tyson is “like that” after all — ie, he’s an atheist activist who is willing to rewrite history to suit his materialistic narrative, and intends to use Cosmos as a vehicle to promote the message.