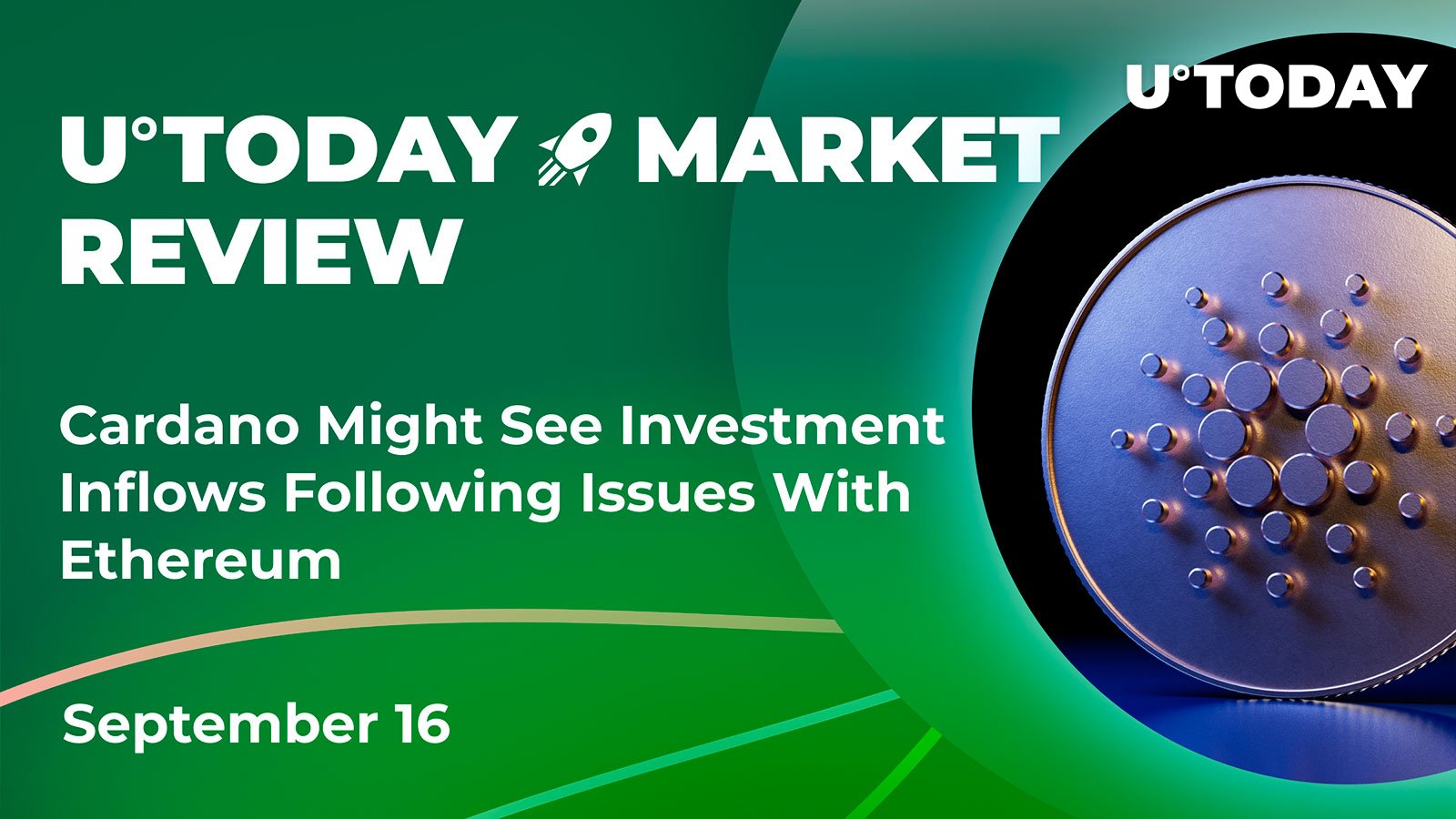 Despite the successful Ethereum Merge, most altcoins, even those that benefited from the update, are moving into the red zone. Ethereum Classic, which gained more than 200% to its value ahead of the Merge, is not showing anything exceptional in the last few days as the asset’s value plunged by more than 12%.

Cardano also remained anemic with less than 5% of the average daily volatility and fading trading volume. Despite being one of the alternatives to Ethereum in terms of network usage and purpose, investors do not seem to be interested in Hoskinson’s blockchain which, in fact, provides numerous advantages to developers and users.

Luckily, there is a hidden growth factor for Cardano, which is a potential regulatory clampdown on Ethereum that would cause an outflow of funds from the second biggest network on the market toward certain alternatives, one of which is Cardano.

With the successful Merge update, the selling pressure on the Ethereum market was close to being nonexistent, as no major issues were noticed during the transition. However, we saw a rapid increase in negative trading a few hours after the PoW went down.

In only a few hours, Ethereum lost almost 10% of its value, making merge a negative event for investors in thr short-term perspective. In the meantime, it is safe to say that the reaction of the second biggest cryptocurrency on the market has nothing to do with the fundamental update itself.

In the last few weeks, Ethereum beat the majority of the cryptocurrency market by more than 50% in terms of price performance, and the merge is probably the main reason for it. Ethereum-unrelated factors mostly caused the correction we are seeing today, like negative sentiment among investors and the overall depression on the digital assets market.

With the Merge update, Ethereum has differentiated itself maximally from Bitcoin, which is why we are going to see a great experiment in the next few years that will determine which network will prove to be more decentralized and sufficient, even though they have two completely different purposes.

Bitcoin cannot be used for building decentralized applications, NFT collections and other solutions that will increase its usage. The scalability of the network is also a big issue. That is why the most popular and only usage for BTC is payments. With relatively low fees, users are able to transact almost any volume overseas and avoid usage of third parties.

The PoW mechanism is often considered the one and only way to provide real value to digital assets as they acquire a certain cost basis and should not drop below it. Unfortunately, this thesis was debunked numerous times when the price of the first cryptocurrency plunged below the 1 BTC mining cost level.

XRP Price Rallies 15%, Why Ripple Could Outperform Bitcoin and Ethereum