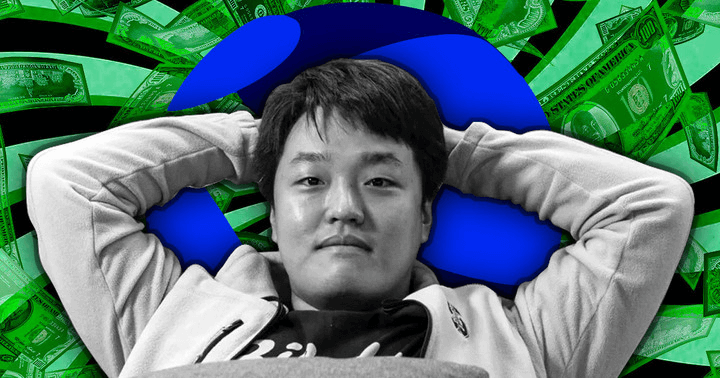 @WatcherGuru claimed Terra staff told Securities and Exchange Commission (SEC) investigators that Do Kwon had been withdrawing $80 million a month before the LUNA/UST crash.

BREAKING: Terra employees reportedly confirmed to the SEC that Do Kwon cashed out $80 million a month prior to the $LUNA and $UST crash.

A month has passed since UST lost its dollar peg, resulting in the loss of $60 billion. During that time, whistleblowers and internet detectives have come forward to reveal a complex web of fraud and mismanagement allegations.

These include claims that prominent industry insiders were involved, that code vulnerabilities in the Mirror Protocol were exploited and covered up, and allegations of money laundering.

Given the severity of the accusations and the scale of the subsequent devastation, it was only a matter of time before authorities began investigating.

The SEC opens an investigation into Terra

Authorities in South Korea and the US are investigating the collapse of the Terra Classic ecosystem.

According to the Financial Times, South Korean authorities are investigating parent entity Terraform Labs on allegations of fraud. At the same time, the US securities regulator is probing whether the marketing surrounding the UST stablecoin violated federal investor-protection rules.

“SEC enforcement attorneys are looking into whether Terraform Labs, the firm behind the coin also known as UST, broke rules for securities and investment products.”

Under US securities laws, a virtual currency may fall under the SEC’s scope if US citizens invested in the token to draw a profit from the efforts of those operating the project.

Terraform Labs said in a statement that they are unaware of any new SEC investigations outside of inquiries into the Mirror Protocol.

“We are not aware of any SEC probes into TerraUSD at this time—we’ve received no such communication from the SEC and are aware of no new investigation outside of that involving Mirror Protocol.”

On the allegation that Do Kwon siphoned $80 million a month, crypto YouTuber Lark Davis commented that “the LUNA rabbit hole goes deep.”

Apparently Do Kwon was cashing out 80 million a month and stashing it in a secret account in the lead up to the collapse of $ust.

Meanwhile, @FatManTerra said withdrawing hundreds of millions of dollars is both fraud and an act that contributed directly to UST depegging.

“Reminder that Do Kwon giving himself hundreds of millions (‘operating expenses’) isn’t just fraud – it actively exacerbated the collapse, since it removed critical liquidity from Curve & LUNA order books (making it easier for UST to depeg and harder for on -chain work to catch up).”

The fact that Do Kwon has been sending $80 million towards his own wallets.

Many investors have been losing tons of money and he just goes away with a big bunch of money.

Even Madoff got into jail.

He deserves it too.

Do Kwon responded to the claims on social media on June 9 and said misinformation and falsehood are driving the narrative. He promised to ensure the correct information gets out there.

2/ There’s a lot of misinformation and falsehood out there, and we promise to do our part in making sure as much of it is correct as possible.

A few tips to help us engage: