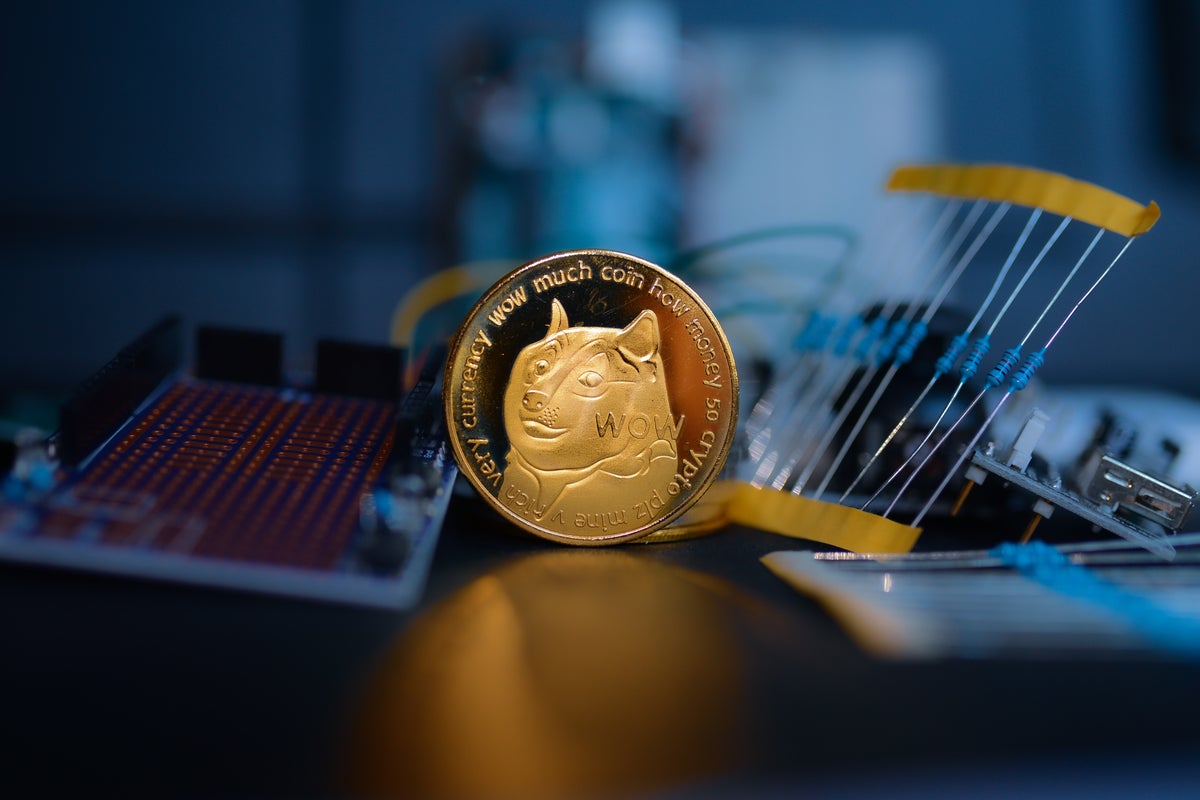 Dogecoin DOGE/USD traded 0.9% lower at $0.15 over 24-hours leading up to early Tuesday morning.

Why is it moving? Dogecoin was muted in comparison with its larger peers Bitcoin and Ethereum, both of which traded in the green on an intraday basis. At press time, the global cryptocurrency market cap rose 1.45% to $2.15 trillion.

DOGE was among the most mentioned coins on Twitter. At press time, it attracted 1,409 tweets, according to Cointrendz data.

Bitcoin, Ethereumand Cardano were the three most mentioned coins. They attracted 8,996, 5,075, and 3,463 tweets, respectively.

Cryptocurrencies were buoyant on Monday as prices of commodities moderated and money flowed into the market.

The Twitter user reminded their followers that the Indian government plans to levy a 30% tax on gains and a 1% tax on each trade.

Important retweet for all shibes in #India (and not only). https://t.co/TxoLV0m1Tt

Additionally, a tax on each trade which the Indian government calls “Tax Deduction at Source or TDS” would come into effect on July 1.

The 30% tax is a flat tax, not depending on your income level, and will come into effect on April.

The tax on each trade (TDS) will apply to trades occurring within Indian exchanges, and should come into effect on July 1st, 2022.

“Regardless of the specificity and aggressive nature of these new taxes, crypto remains an unregulated digital asset class in [India]and there is no specific advancement concerning the regulation of crypto and protection of investors’ rights,” said Mishaboar.

Dogecoin Chatter: DOGE co-creator Billy Markus shared a meme on an incident at the Academy Awards where the actor Will Smith slapped Chris Rock for making a joke about the latter’s wife.

Read Next: Elon Musk Reacts To Will Smith Slapping Chris Rock At Oscars