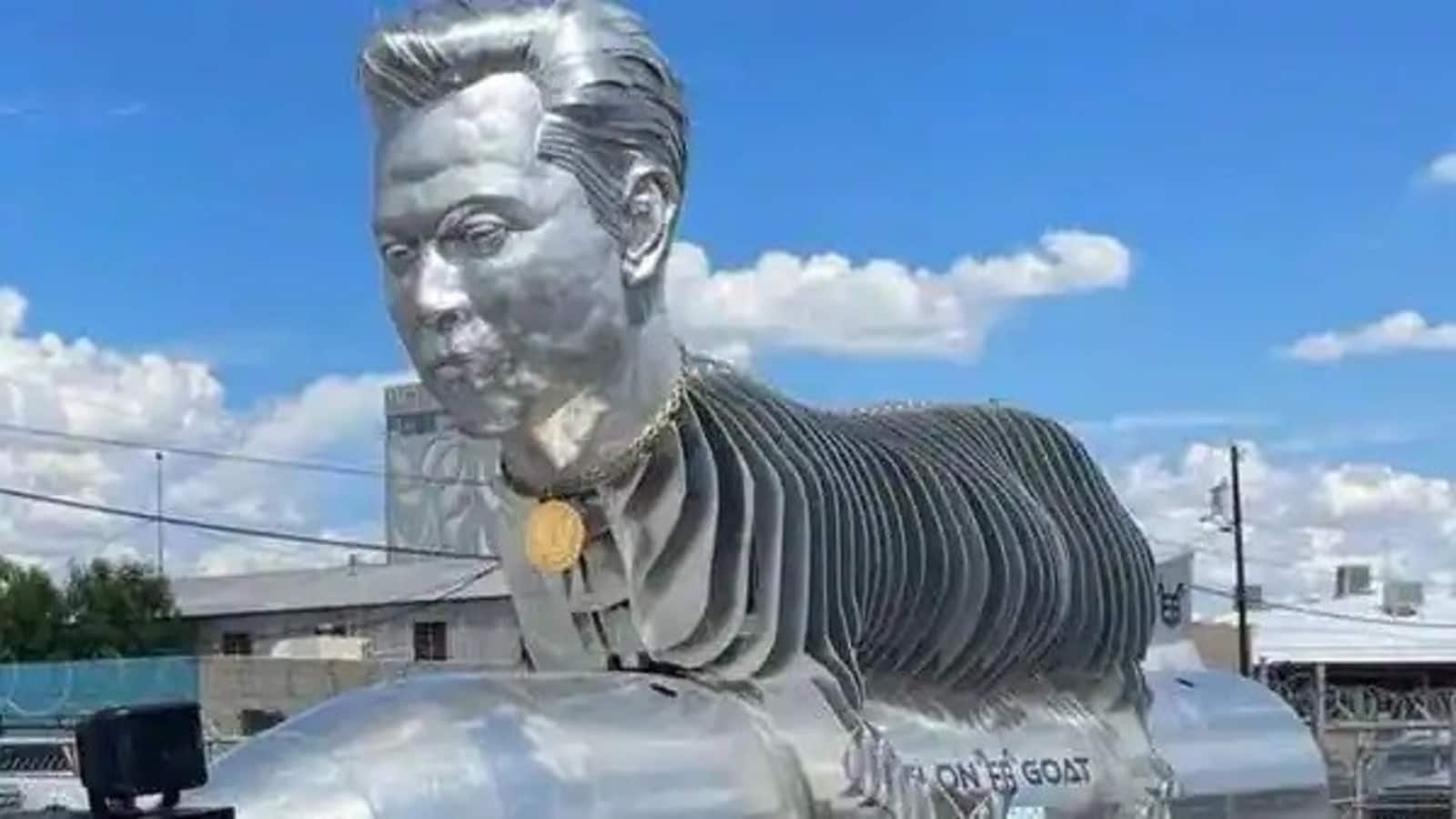 Elon Musk’s fans have created a bizarre 30-foot long aluminum statue for the tech billionaire with a GOAT body, a report said. In a video widely shared on social media, the statue can be seen with Elon Musk’s head with the body of GOAT atop a rocket. GOAT stands for Greatest of All Time.

The statue is worth $6,00,000 and will also fit in a 24k gold-plated thunder sign on the goat’s body. It is crafted by Canadian metal sculptors Kevin and Michelle Stone, Daily Mail reported.

read more: Why did Elon Musk change his mind on Twitter deal: Explained

The statue has been commissioned by the cryptocurrency firm Elon GOAT Token ($EGT) which had launched a plan to create the statue in January.

“We are setting up an event at CIRCUIT OF THE AMERICAS, Austin. We are going to have some fun for a few hours and then all cars and trucks will hit the freeway behind the monument destined for Tesla’s Giga Factory,” the company said on Twitter.

According to regulatory filings, Elon Musk sold nearly $4 billion worth of Tesla shares. Elon Musk recently bought Twitter for $44 billion following which he sold 19.5 million shares of the electric car company from November 4 to November 8, according to filings with the Securities and Exchange Commission.

Thank you for subscribing to our Daily News Capsule Newsletter.