EOS has delivered and installed 1000 3D printers in North America 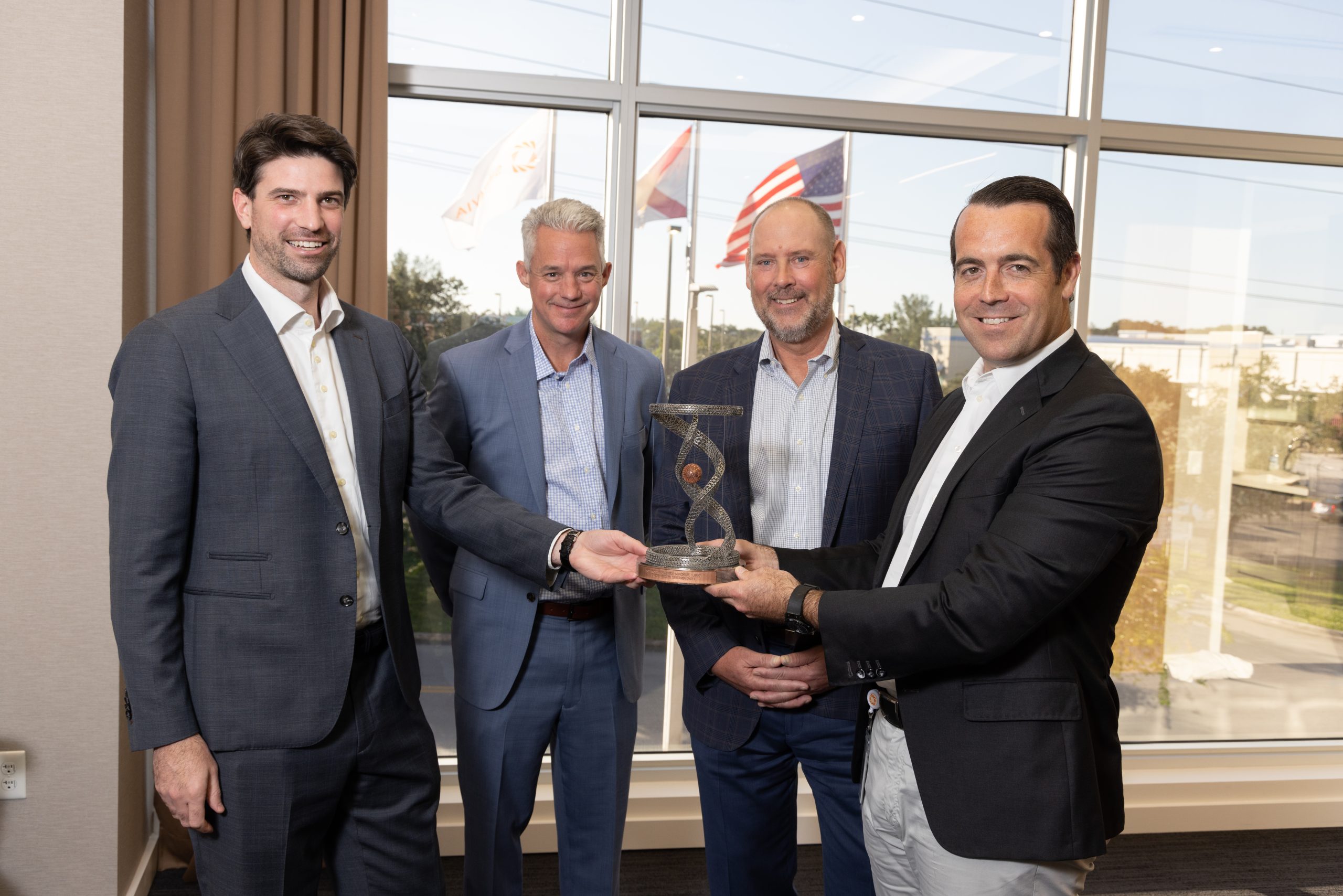 EOS, a leading provider of powder bed fusion 3D printers, has announced the delivery and installation of its 1000th 3D printer in North America.

To commemorate the achievement, EOS has presented Sintavia with a 3D printed award.

“Constant innovation, consistency between machines, and industrial-scale production dependability are why aerospace manufacturers of tomorrow rely on EOS,” said Brian Neff, CEO of Sintavia. “Their machines form the foundation of our company’s manufacturing technology, and we are thrilled to be part of this milestone achievement in EOS’ history.”

Over 30 years of 3D printing

Founded in April 1989 by Dr. Hans Langer, EOS is a Germany-based manufacturer of industrial metal and polymer 3D printers. The firm’s STEREOS 400 stereolithography system was already being used by companies such as BMW by 1990, and EOS launched its first powder-based polymer sintering system shortly after. Over three decades on, EOS is now considered a pioneer in the field of DMLS 3D printing and one of the largest additive manufacturing companies in the world.

“When customers purchase from EOS, they are installing mature technology that leverages more than three decades of experience, as well as complete support for all of their AM requirements,” said Andrew Snow, senior vice president of EOS North America. “While our industry looks vastly different than it did over 30 years ago, one thing has remained: EOS continues to serve as the industry leader, pushing industrial 3D printing in new, groundbreaking directions.” 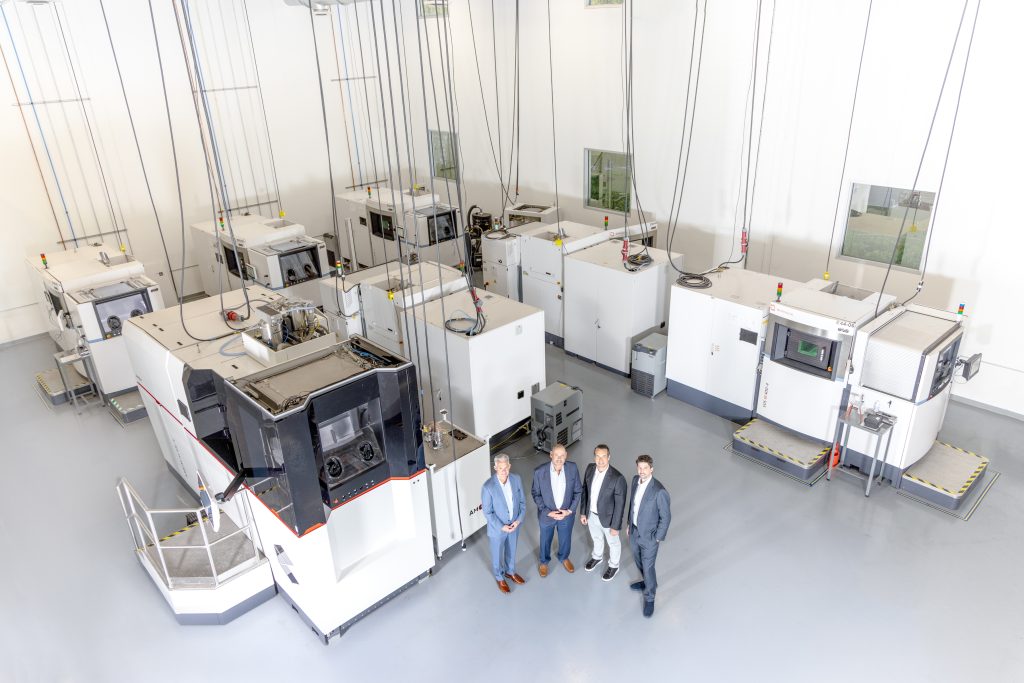 A collection of EOS systems at Sintavia’s 3D printing facility. Photo via EOS.

The AMCM M 4K 3D printer is one of the subsidiary’s larger format systems, offering a build volume measuring 450 x 450 x 1000mm. As such, the high-productivity machine is unique in that it’s capable of fabricating metal parts up to a meter in height. The AMCM M 4K also features four 1kW lasers and is compatible with legacy M 400 process parameter sets.

EOS believes its 1000-printer milestone signifies a wider trend in the additive manufacturing sector, as the industry as a whole is experiencing greater adoption on a rolling basis. In fact, a 2021 report from Lux Research predicts that the 3D printing market will reach $51 billion by 2030, compared to just $12 billion in 2020.

“This achievement is a significant milestone in the history of EOS and a testament to the accelerating adoption of additive manufacturing in North America,” added Snow. “As the proliferation of AM continues, we remain the leading innovator of hardware, materials, services, and education aimed at strengthening the successful adoption and advancement of AM as a mainstream manufacturing process.” 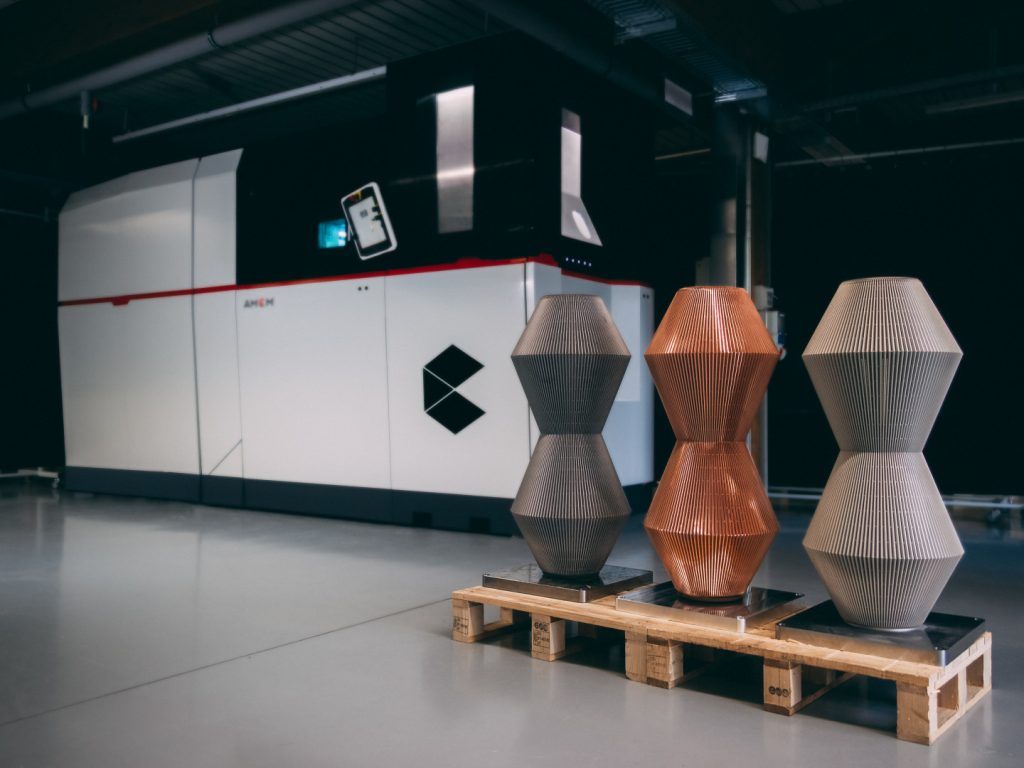 Earlier this year, EOS announced the expansion of its Additive Minds Academy online training program to the US market, following its successful launch in Europe. Supported by EOS’ Additive Minds consulting team, the program is designed to offer effective and affordable industrial 3D printing education suited to a variety of skill levels, in order to open up access to additive manufacturing training to a broader audience.

Looking for a career in additive manufacturing? Visit 3D Printing Jobs for a selection of roles in the industry.