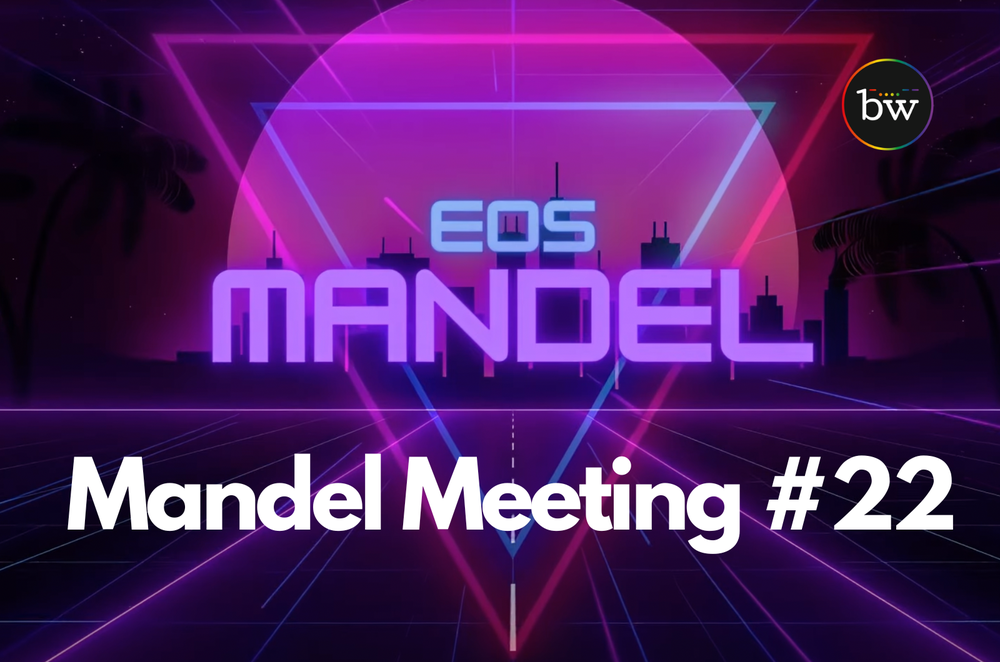 LONDON (Bywire News) – The big news is the release of the second release candidate. There was some work still needed before they could agree on the features. However, these were quickly resolved and RC2 has subsequently been released. Among the new features being considered is improved support and documentation for Ubuntu 18.04 CDT. Contracts will be released on Thursday and the ENF is looking for feedback.

There was a question about whether FillPG is something which should be updated and maintained. EOS Support will set up a survey to see if this is something the community wants. If implemented, it would be something which would be included in Mandel 3.2. It does not currently work with 2.0 which suggests there aren’t that many people using it at this time.

EOS Has Been Awarded as “The Most Promising…

There was a no-go decision on feature activation for this week, but they will revisit it next time. They will revisit the issue next week and are asking block producers to upgrade and test RC2 this week. Among the things they need to do is to have a working history solution before next week’s decision. So far, a number of block producers have upgraded to Mandel 3.1 RC1.

A dull DUNE 1.0 release including eosio::tester and support for RC2 will be released on Friday. After a survey from EOS Support, they have feedback on DUNE For the most part, feedback is positive although some of the queries suggest there is a need to improve awareness and rectify misconceptions with a full marketing push on DUNE targeting the developers of smart contractors.

So far 13 out of 15 block producers have signed the MSIG on Kylin to update EOSIO permissions granting God mode for EOS Nation and EOS USA to facilitate faster updates in preparation for testing.

EOS Has Been Awarded as “The Most Promising Brand” & Mr. Abhinav…