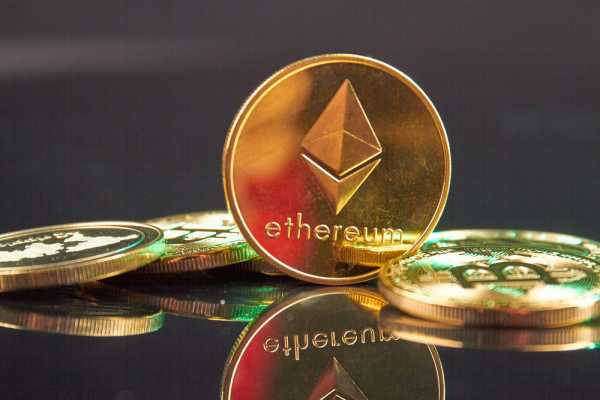 While 2021 was a stunning year for the top altcoin ether, the new year drowned the larger market and ETH into a sea of ​​bearishness.

The bearish winter in the crypto market brought the top altcoin by market cap down by almost 60% from its all-time high price of $4,847.57 made in November last year. As the king altcoin continues to suffer in the crypto winter, there’s still hope for ETH HOLDers, at least in the long term.

Despite the star-studded performance last year, ETH’s high correlation with BTC has pushed ETH’s price southward. Last year, on-the-year gains for ether were well over 300%, while at press time, ETH’s yearly ROI vs USD was -32.86%.

The crypto market started the last week on a bullish note gaining momentum but candlesticks soon turned red on Thursday. BTC’s drop below the psychological $30,000 mark triggered the recent market dip. In tandem, the global crypto market cap fell by 5% over the last 24-hours down to $1.24 trillion at press time.

Some analysts, however, stood optimistic about ETH and BTC’s trajectory. BitMEX founder Arthur Hayes in a recent post, opined that both BTC and ETH would likely bottom out around the $25,000 to $27,000 and $1,700 to $1,800 range, respectively.

Hayes highlighted that ether had experienced two cycles. The first one started when the coin was first freely traded after ICO distributions were made. The second commenced after ether bottomed following the 2017-2018 ICO boom, then bust.

He further added that a local bottom reached at the most significant drawdown vs. the previous cycle’s all-time high (ATH). He roughly predicted this cycle’s bottom by looking at price drawdown from all-time high data.

That said, zooming out on ETH’s price chart, it could be seen that a major support was present at the $1780 mark. A test from this level has often provided a bounce for ETH.

On a more fundamental level, the latest news updates, technical upgrades, new project forecasts as well as partnerships and integrations by 2025 could play in favor of ETH’s massive price growth.

Notably, the Ethereum Ropsten Merge testnet’s first upgrade was scheduled for June 2, and would be complete by June 8. This Merge could reduce the altcoin’s issuance by 90%. In fact, Bloomberg analysts believe that the merger could fuel an Ethereum rally even in the bearish market.

Researcher Nikhil Shamapant believes that the successful implementation of EIP-1559 could reduce the Ethereum volume to an equivalent of three and a half Bitcoin halvings. The Triple Halving and reduced ether issuance could push the king altcoin to $10,000.

“It [Ethereum price] definitely can go much higher, I think we can see the price go to $10,000, where a lot of ether bull price targets begin to kick in and people take profits. I think we’ll head up to that $10-25k range, hit a lot of supply and could see some big drawdowns and consolidation at that point.”

Thus, as interest in Ethereum rises and more projects flock to the blockchain, ether price could race up to climax over the next four years. For now, analysts have set their price predictions starting with a minimum price of $4800 by the end of this year.

Solana: This report on latest outage could be a relief to SOL investors