Ethereum Price Prediction: Too soon to call it quits, too late to walk away

Ethereum price currently trades at $1,622. The decentralized smart contract token has been on everyone’s radar as a network merge is set to make considerable changes for all Ethereum users. The upcoming event has prompted community members to take to Twitter and other social networks to weigh in on what they feel will be the best solution for Ethereum’s future.

XRP price has Twitter in a frenzy after news of Ripple’s CEO Brad Garlinghouse giving a speech for the World Economic Forum resurfaces. Many believe the collaborative efforts between the World Economic Forum and the Ripple blockchain company will validate a long-held crypto theory that the XRP token will eventually replace the United States Dollar.

Bitcoin price has struggled to sustain its upside momentum since it got rejected from the seller congestion at $24,000 on July 29. The pioneer cryptocurrency will likely slide to $22,000 and $20,800 as it hunts for fresh liquidity. However, fundamental data on profit/loss suggests that BTC may have bottomed but lacks a strong enough catalyst to push out of the bearish shackles. 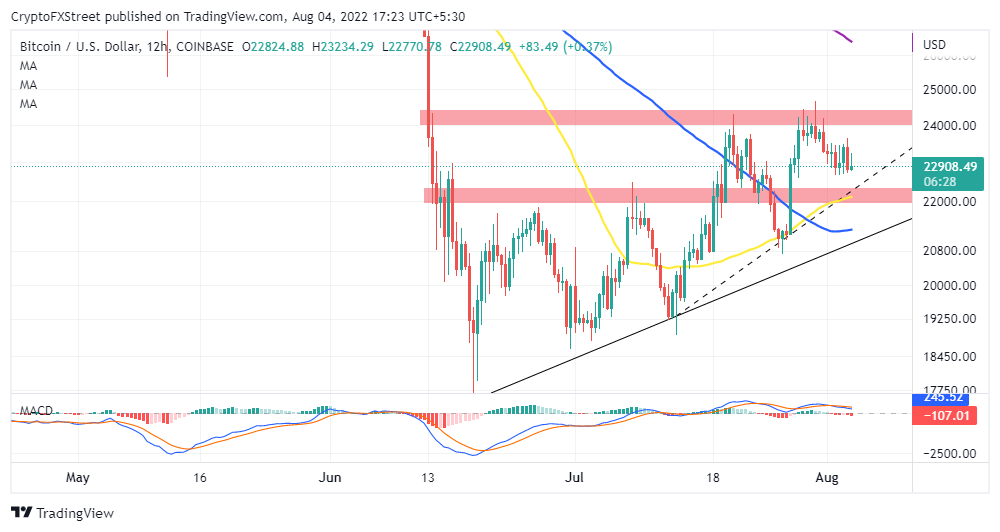 How Litecoin Can Follow DOGE To The Moon And Reach $2,000