Everything You Need to Know to Start Mining Monero 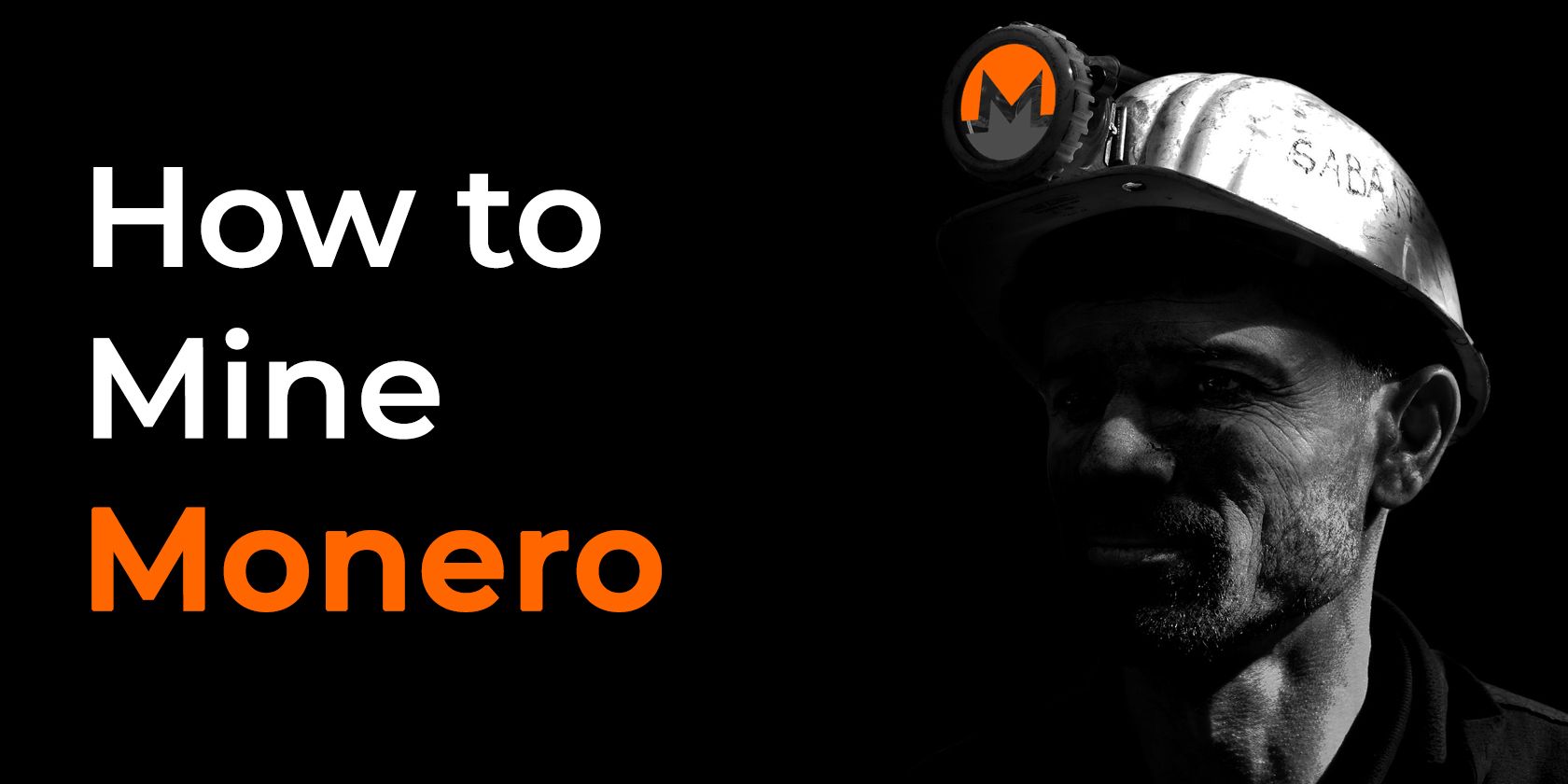 Cryptocurrency mining has become largely professionalized, especially after Bitcoin mining difficulty doubled from 2020 through 2022. However, while Bitcoin may be the largest and most known cryptocurrency, others have yet to gain planetary popularity.

Monero (XMR) is one of them. It is similar to Bitcoin in many ways but diverges in key areas that make it special. More importantly, they make it worthy of mining.

So, how do you mine Monero?

What Is Monero (XMR)?

Put simply, Monero (XMR) is a privacy-oriented cryptocurrency. However, at a glance, Monero and Bitcoin are similar in two key ways:

However, even in those similarities, they are quite different. When zooming in closely, we see that Monero diverges from Bitcoin in many ways.

Bitcoin has a finite amount of coins that can ever exist—21 million BTC. Presently, this leaves less than 2.1 million BTC left to be mined in the next 120 years, or less than 10%. However, many BTC coins are permanently lost or destroyed because people have lost access to unlock them in the form of private keys or destroyed the storage device they were held on. They are contained within non-custodial crypto wallets, which is why it is critical to safeguard your recovery phrase.

On the other hand, Monero takes into account that some XMR coins will be lost in the same manner. It has an extra mechanism that Bitcoin lacks—tail emission. While Monero will hit the 18.4 million supply cap sometime around May 2022, its tail emission ensures that Monero miners can continue to receive rewards.

In other words, Monero miners can count that block rewards will not fall under 0.6 XMR per block. In Bitcoin’s original design, for the scenario when there are no more block rewards to mine, Bitcoin miners will count on transaction fees instead.

However, this incentivized concept hasn’t been tested (with Bitcoin). For this reason, Monero developers decided there would always be a block reward through the tail emission. The question then is, does this make Monero as deflationary as Bitcoin?

The answer is yes. When one accounts for lost XMR, plus the increase in users over time, these forces nullify the negligibly inflationary tail emission. Moreover, Monero’s inflation is quantified ahead of time, unlike the USD or other fiat currencies. Lastly, tail emission incentivizes Monero holders to use it as a medium of exchange instead of just a store of value.

Although Bitcoin is called a cryptocurrency, the crypto part is sorely lacking. Crypto implies encryption to safeguard privacy, yet Bitcoin is pseudonymous. This means that its transactions can easily be tied to one’s identity. In fact, Coinbase has developed a suite of tools to accomplish that and shares it with a host of federal agencies.

Although you are not revealing your private details with a Bitcoin address, you reveal it if you buy BTC on a crypto exchange with your bank account. Likewise, you reveal it when you sell BTC on a crypto exchange and withdraw the money into your bank account. In other words, Bitcoin’s blockchain is transparent, as it shows both output and input transactions tied to the address.

While there are ways to circumvent that lack of privacy, they are complicated and dubious. In contrast, Monero is not traceable by default, thanks to its ring signature feature. It is a cryptocurrency in the truest sense of the word, as was originally intended. In fact, the Internal Revenue Service (IRS) has created a bounty on Monero and other privacy coins of up to $625,000 for their code to be cracked.

This way, Monero is the digital equivalent of physical cash, anonymous and untraceable. Going forward, this gives it an edge over non-privacy coins like Bitcoin. With that said, Monero as digital cash has one drawback—transaction speed. While Lightning Network makes Bitcoin payments nearly instantaneous, XMR transfers still take up to 30 minutes to complete.

Now that you understand Monero’s propositional value, it is time to see how you can become a Monero miner. Thankfully, unlike Bitcoin, which requires specific and expensive ASIC hardware to become a cost-effective miner, Monero doesn’t have such a requirement.

Instead, Monero mining can utilize both your computer’s CPU and GPU, whether it is a laptop or a desktop PC. Of course, the more powerful both components are, the greater the block rewards will be. The measure by which we determine your computer’s mining potential is the H/s metric—hash per second.

Likewise, 1 KH/s is 1000 H/s because 1 Kilo = 1000. This can go all the way from Kilo (K) and Mega (M) to Giga (G) and Tera (T) as the highest possible hash power metric (and who knows, in the future, maybe we will see Petahashes!). At the time of writing, the total number of computers plugged into the Monero blockchain network accounts for a mining power of 2.9 GH/s.

Is it Safe to Buy Privacy Tokens Monero (XMR) and Firo…

Swapzone Expanded the Number of BTC to XMR Offers

In practice, on a spectrum between low and high PC configuration, here is what you can expect according to the Monero mining calculator.

This loss can turn into profit only if your electricity cost is lower than $0.1 kWh. In which case, the mining gain with that particular CPU would be at $0.01172 per day. Not much, is it?

The result—an even greater mining loss of $0.4 per day! The RTX 2080 Ti wouldn’t make much difference either, adding only 500 greater H/s to the Monero mining table. From this, we can conclude the following:

The question then asks itself, is Monero mining worth it?

As you can see, mining Monero depends on the following factors:

Of course, if you buy a computer exclusively for Monero mining, that too must be taken into account. Otherwise, if you already have a PC ready to be plugged in, the best way to get started is to join one of Monero’s mining pools:

Mining pools work by combining the computational power of individual miners to receive block rewards. In other words, this form of resource networking increases the probability of successful mining. While the XMR payout is distributed to the pool, miners receive it proportionally to the hash power they contributed to the pool.

However, it remains questionable if this will be profitable in the end. It all depends on your hardware and XMR’s price moves. If it rises, profitability will increase. You only have to give it a try.

Alongside the hardware, you need two prerequisites to mining Monero:

With both in hand, you can easily join any Monero mining pool by pasting your address from the Monero wallet to start receiving your block rewards as XMR. Then, you can send the mined XMR to your crypto exchange account (Binance, Coinbase, Kraken, etc.) to sell it for fiat currency or swap it for a different cryptocurrency.

Should You Mine Monero?

In conclusion, if you already have a PC, it bears checking out if the mining venture will be profitable. By the time you read this, the XMR price might have skyrocketed, making it profitable for even solo mining. However, at the current XMR price of $211, it likely won’t be unless you have exceedingly cheap electricity. In that case, your best bet is to join a Monero mining pool and contribute to a shared effort.

Ethereum Withdrawals Have Resumed – Here Are the Effects

Swapzone Expanded the Number of BTC to XMR Offers

Issue Two Of Magazine Published By ISIS Affiliate In Myanmar Focuses On Prisoners,…