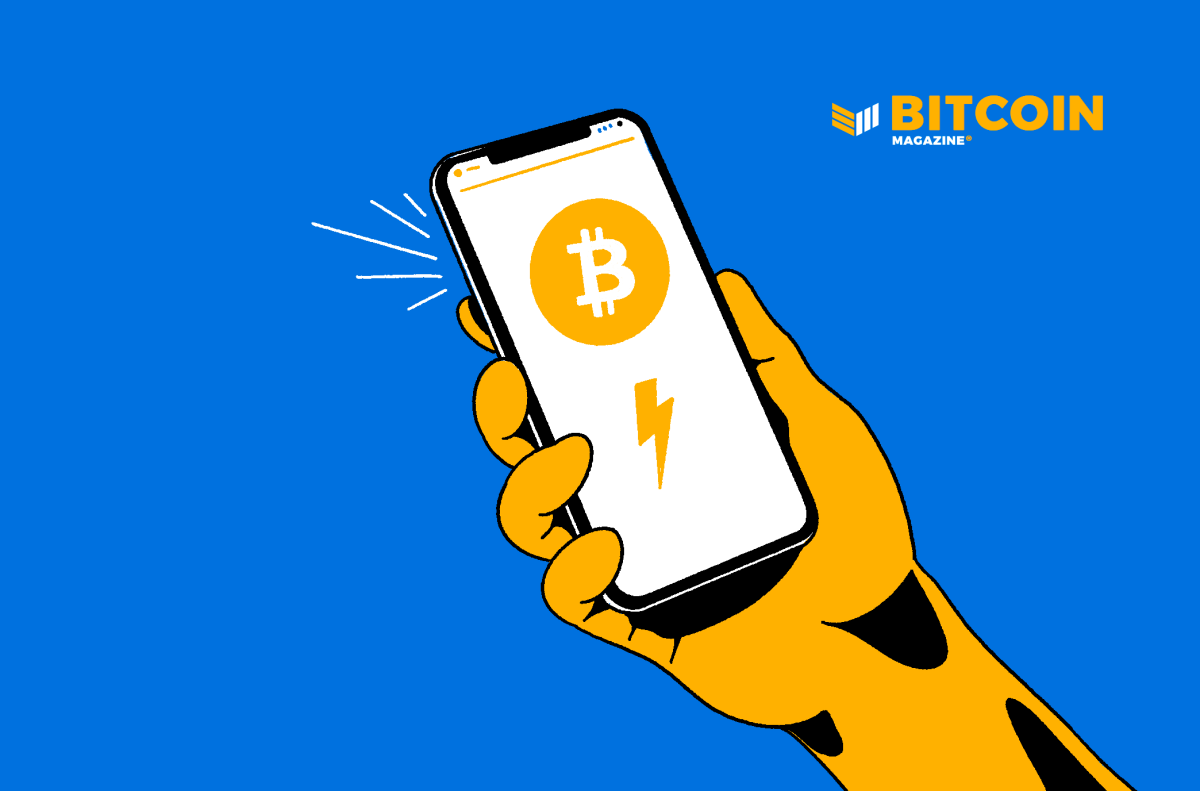 This is an editorial opinion by Obi Nwosu, full-time Bitcoin advocate and board member for ₿trust, a not-for-profit organization originally conceived by Jack Dorsey and Jay-Z to fund the location, education and remuneration of Bitcoin developers from untapped parts of the world, starting with Africa.

Who knew that a plane ride could change the future of Bitcoin?

There I was, on the way back from Lofoten in northern Norway, after an incredible and exhausting few days discussing how the Bitcoin community could support the objectives of non-governmental organizations (NGOs), charities and human rights defender groups from around the world, and I was cracked.

Most people on the plane were almost asleep — just so — but I couldn’t get any rest, such was my excitement reflecting on the last three days. I noticed a few people at the front having a conversation and I decided to join them. Jeff Booth, Lyudmyla Kozlovska, and Leopoldo Lopez were excitedly discussing how Bitcoin could be rolled out in the regions that their human rights defender groups operate in at scale.

I listened in on the conversation. They were explaining that with the right app, they could grow adoption of Bitcoin exponentially and in so doing help the people that they cared so deeply about.

NGOs, charities, human rights defenders and activists have come to the realization that many of their challenges have a financial root. The people they are trying to help are prevented from accessing the global financial economy and locked into using their regime’s currency — often with two, three, four or even five-figure inflation — making it impossible to save, plan or escape their monetary shackles.

By having simple, safe and private access to Bitcoin, anyone anywhere could have access to a currency that can’t have its inflation manipulated by any regime for their gain and to their citizens’ loss. Having access to the Lightning Network would enable these people to quickly and cheaply receive money from NGOs, charities, their relatives in the diaspora or transact with international merchants and each other — all while protecting their privacy. However, existing options were too restricted such that the target users could not access them, or they were too complex and expensive or they were not designed to scale globally while protecting privacy.

With the right solution, these highly effective operators already had the facilities, knowledge and know-how needed to get hundreds, thousands, even millions of people in some of the most oppressed countries in the world to learn about Bitcoin and adopt a wallet. And if this wallet was easy enough to install and use then it would simply be a matter of letting the power of network effects do the rest. What would start with one million users would quickly become 10, then 100, and beyond. It sounded audacious but it was feasible that within a very short period, we could have one billion users on Bitcoin.

Strengthening the financial tools available to oppressed communities and the NGOs that champion their causes ultimately strengthens democracy. This ultimately creates better futures for countries, struggling under oppressive regimes, and makes the world a better, more fair place.

Ever since meeting Elsirion at the Hacker’s Congress in Prague nearly a year earlier, and discovering Fedimint for the first time, I had dedicated my time to promoting, sponsoring and ensuring its growth. Now, what was crystal clear to me was the realization that Fedimint was the technology purpose-built to make the vision of rapidly getting to a billion Bitcoiners a reality.

One of the biggest challenges to bitcoin adoption today is custody — it’s daunting for people to do self-custody, and custodial solutions pose issues including unclear and ever changing regulation or risk of loss. We need only look at some of the recent stories of regulated exchanges losing, spending, or risking the assets of their customers for cautionary examples. The need for a solution like Fedimint is greater than ever.

I’ve explained what Fedimint is in a previous Bitcoin Magazine article and during my talk at Bitcoin Miami 2022 but in summary, Fedimint is:

– A form of community Bitcoin custody.

– It’s run collectively by groups of trusted community members we call “guardians,” for and on behalf of their communities.

– And is closely integrated with the Lightning Network.

(more details can be found on the fedimint.org website and FAQ)

The result is a system that is simpler and more private than using an exchange or hardware wallet and that allows communities anywhere to take control of their bitcoin. Put simply, Fedimint is a form of bitcoin custody that is designed from the outset to work at global scale, enabling billions of people to receive, hold and spend bitcoin.

I shared my solution with Jeff, Leo, and Lyuda and in the discussion that followed, the idea was born for Fedi, the world’s simplest, most secure and private bitcoin wallet.

We would use the Fedimint custody protocol as the secure, simple and decentralized core that everything else would connect to. Just as importantly, there needed to be an equally strong user interface. I would work with the key people involved in Fedimint to form a commercial company to accelerate development. For rapid global growth, we would leverage the experience and skills of a group of NGOs, charities, activists and human rights defenders to bring Fedimint to their communities.

When I got back to my hometown of Lisbon, Portugal, the work began. Until this point Fedimint had been progressing as an open-source protocol project with a long-term plan to build a company around commercializing the user interface. Oslo changed everything. I described my experience to Elsirion, the inventor of Fedimint and Justin Moon, the founder of one of the largest Bitcoin meetups in North America, explained the desperate need and the bold new vision. They quickly saw the key role that the Fedimint protocol would play in helping those most in need around the world and agreed to join me as cofounders.

We then reached out to every Bitcoin-focused VC in the quest for capital partners who would understand the vision and were ready to come along on the journey. The response was phenomenal. We started with Kingsway Capital, a prolific investor in technology companies serving the Global South and more recently, Bitcoin companies. I reached out to Ten 31 VC who had been long-time supporters of Elsirion, the Fedimint protocol and me. And of course, I talked to ego death capital, as Jeff Booth was a key reason why I had come up with the growth strategy that catalyzed the project. Within a week not only had we raised our target seed, we had exceeded it and had to increase it twice. Within a month, we had closed the round. Beyond our lead investors, we were also fortunate to have investments from Trammell Venture Partners, Hivemind VC, Timechain, Recursive Capital and Steve Lee.

It is not only venture funding. The open-source Fedimint protocol project has attracted the support of a wide range of organizations. Blockstream was the first to recognize the potential and has been sponsoring the project for years and has recently renewed their commitment. Long before making an equity investment, Ten 31 VC had provided a BTC grant which signaled to the team that we were on to something. More recently, Spiral, which is part of Block, agreed to provide a number of grants for developers working full-time on the project. The Human Rights Foundation (HRF) has generously donated to Fedimint and I have Alex Gladstein of the HRF to thank for inviting me to the Oslo Freedom Forum, where this all happened, in the first place. And finally, I had made a small donation towards the project.

The reason for the rapid response — even in this period of bearish sentiment — was simple. Everyone could see that this was Bitcoin’s missing link — decentralized, privacy-preserving, Bitcoin custody. Furthermore, it solved a problem for a group of people who needed it the most and it solved it in a way that would send a signal to the rest of the world and prove once and for all that Bitcoin was not only useful, but essential for making the world a better, freer place.

Today my incredible partners, Elsirion and Justin Moon, are working with a growing list of talented open-source protocol engineers and designers, working furiously around the clock to make Fedimint and Fedi a reality. A year ago, Elsirion guessed that he would need 24 months or so to get the first prototype of Fedimint working. But within a few months of our combined talk at Bitcoin Miami 2022, and the influx of dedicated and talented developers that came about as a result, we had a working prototype. They continue to work on development, and the funding and support we have will drive progress of the Fedimint protocol and the Fedi app further and faster.

Finally, I will have the privilege and honor of working with some of the most prolific and accomplished activists in the world. These include Lyudmyla Kozlovska, who has a track record of successfully defending the rights of people in Ukraine and post-Soviet Europe as

the president of the Open Dialogue Foundation. We also have Leopoldo Lopez, who for years has defended the freedoms of Venezuelans, and other Latin Americans under the yoke of oppressive regimes, even when it cost him his own liberty; Farida Nabourema, the founder of Afro Bitcoin 2022, the first West African Bitcoin conference, who speaks eloquently on the challenges of places like her home country of Togo suffering under the weight of monetary colonialism due to the colonial franc; and Fadi Elsalameen, who has helped to raise awareness of the challenges of people living in the Middle East. I will be working with them to formulate roll out strategies tuned for the challenges of each particular region, and use their wealth of on-the-ground knowledge and experience to ensure that Fedi is designed to meet their needs.

Over the coming months we will all be working in parallel to complete and roll out the first version of the Fedimint protocol, launch the Fedi app — which to our knowledge will be the first Bitcoin wallet to be built using the human-centered design method pioneered by IDEO, and to plan, test and implement our rapid global growth strategy — powered by freedom-loving people around the world. Bitcoin has been waiting for a technology for global Bitcoin adoption and Fedi, powered by Fedimint, is it.

This is a guest post by Obi Nwosu. Opinions expressed are entirely their own and do not necessarily reflect those of BTC Inc or Bitcoin Magazine.

Tron or Tron: Legacy? Win Both on Blu-ray