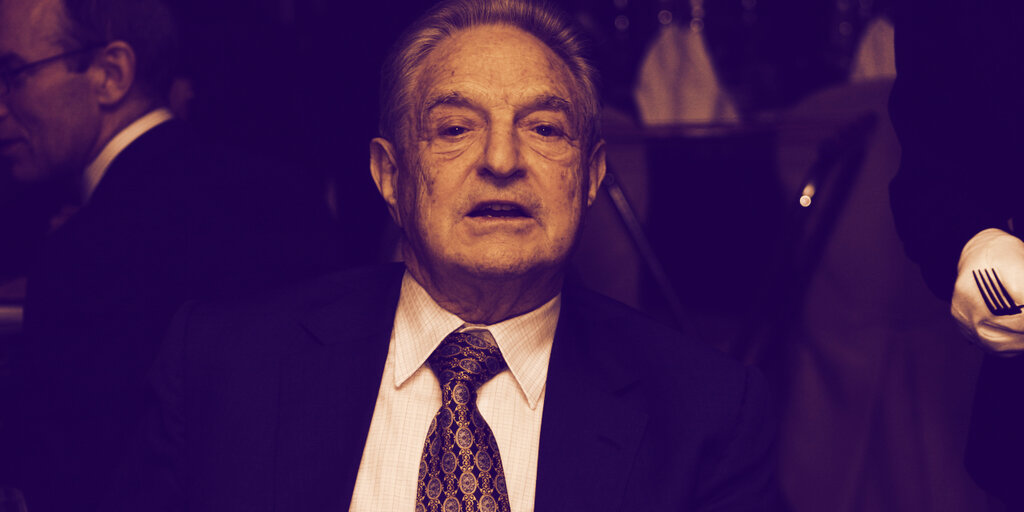 There’s a way to destroy the economy of the world’s second-largest cryptocurrency, Ethereum—and it’s a scheme not dissimilar to a trading strategy used by billionaire investor George Soros in the 1990s, who made billions of dollars by shorting the British pound.

That’s according to researchers from crypto finance firm Amber Groupwhich earlier this week published its findings on the matter in a Medium post.

The Ethereum network is fit to burst; as of September 4, 97.16% of the network is used up. It’s not hard to think of reasons why: in the past three months, users have poured $8 billion into so-called decentralized finance protocols, such as lending services. But the DeFi boom of 2020 and the massive influx of both money and activity on the Ethereum network could have some intended consequences.

All Ethereum protocols are powered by “gas,” the name for the fuel that pays for smart contract transactions. It’s paid in ETH, the native currency of the Ethereum blockchain network. gas fees are now ridiculously high—getting your transaction processed within 30 seconds now costs about $5, according to Ethereum block explorer Etherscan.

And there’s a way to push those fees even higher, postulates Amber Group. One way to do it could be to hoard Gas Tokens, a special type of tokens that are “essentially tokenized rent for block space,” wrote the research group.

Amber Group continued: “They take advantage of the storage refund mechanism in Ethereum; when you mint gas tokens, you are saving data into contract storage, and when you free (spend them), you are burning the tokens and freeing up the storage element previously saved.”

If someone bought a whole load of Gas Tokens, this could waste even more space on the blockchain, and make gas so scarce that the price would go up and up.

Eventually, Ethereum would become unusable, and the price of ETH would plummet. But if someone shorted ETH—ie stood to profit from its collapse—they could make a lot of money.

That’s similar to what billionaire investor George Soros did in the 1990s. He bought up all British pounds he could, so that the pound became overpriced. Then the Bank of England was forced to buy up pounds itself, further overvaluing the pound. So when the pound started to fall in value, Soros, who had shorted the pound, made lots of money.

Eden Dhaliwal, the global managing director of Conflux Network, told Decrypt that “there are real concerns of large scale acquisitions of gas tokens that would lead to wasted block space and thus even higher gas prices. Adding speculative pricing to the mix would again result in upward price pressure in my view.”

But Eric Wall, CIO of Arcane Assets, is not bowled over by the thesis. “I don’t think it’s going to cause any big feedback loop pressure on the system,” he said.

“We’re already suffering from insanely high gas costs right now. If this would cause people to flock to gas tokens in such droves that it would squeeze people out of the chain, it would probably already have happened by now.”

Wall said that the strategy makes sense only “if you think gas is going to go up even more.” But anyone trying this strategy must keep in mind that software to scale Ethereum—thus potentially freeing up space on the network—may come out in the next couple of months.

“Whoever buys them now will definitely fear a collapse in their value when scaling solutions hit,” he said. “Whether that fear is justified is a bit too complex to answer in my opinion. But yes, it is likely.”

Still, investors and the markets in which they operate aren’t always rational—a dictum that often rings more true in crypto than in most other markets.