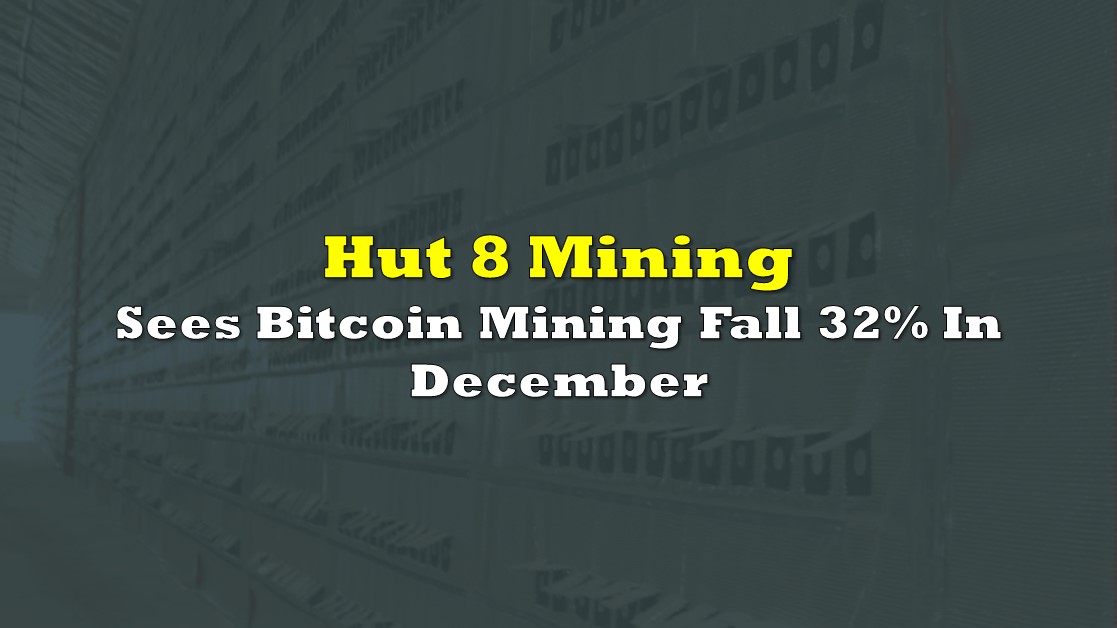 Hut 8 Mining (TSX: HUT) posted its worst monthly performance in all of 2022 in December, with the firm managing to mine just 161 bitcoin during the month. The performance marked the second month in a row of declining production for the company, with production falling 32% from November’s 238 bitcoin mined.

The poor production performance was blamed on “unusually high energy prices,” which led to the company slowing production and selling power back to its energy provider. This decline in production came despite the company growing its capacity in Alberta from 2.44 EH/s to 2.5 EH/s during the month.

The firms operations in North Bay meanwhile remain shuttered as a result of a dispute with Validus Power Corp, its power provider for the facility. Both entities have previously issued event of default notices to one another, with Validus claiming that Hut 8 failed to make payment for the delivery of energy, while Hut 8 claimed that operational milestones were not met.

In accordance with its much publicized “HODL” strategy, Hut 8 retained all the bitcoin mined during the month. The additions bring the firms total holdings to 9,086 bitcoin.

Information for this briefing was found via Sedar and the companies mentioned. The author has no securities or affiliations related to this organization. Not a recommendation to buy or sell. Always do additional research and consult a professional before purchasing a security. The author holds no licenses.

As the founder of The Deep Dive, Jay is focused on all aspects of the firm. This includes operations, as well as acting as the primary writer for The Deep Dive’s stock analysis. In addition to The Deep Dive, Jay performs freelance writing for a number of firms and has been published on Stockhouse.com and CannaInvestor Magazine among others.

Is Ethereum a Money Laundering Scheme from the Russian Oligarchs?

Avalanche (AVAX) May Be Down, But It’s Not Out, Here’s Why