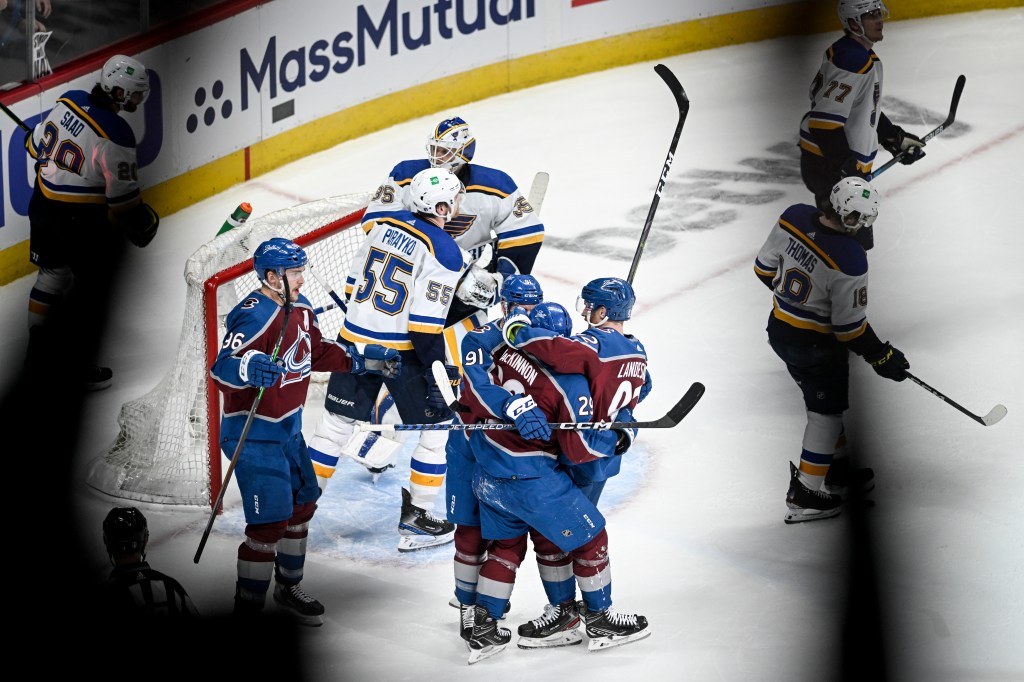 If Nathan MacKinnon is the engine, Gabe Landeskog the battery and Darcy Kuemper the hand brake, then Mikko Rantanen is the Avalanche’s transmission. When the Moose is right, sit back and enjoy the ride.

They’re now 2-0 this spring when that happens, thanks in part to No. 96’s screamer midway through that bonkers 8-6 win over Edmonton in Game 1 of the NHL’s Western Conference Finals on Tuesday night.

“Obviously, it’s always, ‘A goal is a goal,'” Rantanen had noted Tuesday, just before Game 1. “At this point of the year, you don’t really think about (it).”

You sure do miss him when he’s gone, though. Because whenever the Big Finn has picked up two or more points in a postseason game over Colorado’s last four Cup runs, the Avs are 19-2, including a 4-0 record over the past five weeks.

“It’s about the work first, I think, (about him) getting involved,” Avs coach Jared Bednar said of Rantanen on Wednesday. “His game hasn’t been bad, but it hasn’t been to an elite level at times during the playoffs. But I feel like his game’s really starting to come around now at the latter part of the St. Louis series and now again (in Game 1, he was) more impactful.”

The deepest impact came 4:38 into the second stanza, when Rantanen took a feed from MacKinnon at the left faceoff circle and beat Oilers goalie Mike Smith high — No. 96’s first non-empty net goal of this postseason.

“I think it goes like that for every player,” Rantanen said. “You’ve just got to get one, and it gets a lot easier.”

If recent history is any guide, buckle up. The Avs winger’s playoff goals, like his droughts, tend to come in bunches.

The big Finn didn’t score his first Cup goal for Colorado until his ninth postseason appearance, during Game 3 of that opening-round upset of Calgary in April 2019. He then scored four more goals in Games 4 and 5, combined — followed by another six-game dry spell.

In Game 4 of the opening-round series against the Blues in 2021, Rantanen snapped a four-game postseason drought going back to the 2020 COVID bubble with a goal in a 5-3 Avs victory. He then scored at least one goal in each of Colorado’s next three tilts and in four of the next six.

“You look at the other stats, (such as) how many wins we have,” Rantanen said earlier this week when asked about his goal drought. “Even if I don’t score ever again if we just can (find) a way to win, and if I can do my best to help us win, it’s my main goal.”

But when you netted a team-high 36 goals during the regular season and get stuck on one through your first 10 cup games, the natural tendency is to press.

“In the playoffs,” Rantanen offered Friday in St. Louis, valiantly fighting a frown, “you need a short memory.”

The Moose, like his coach, wears a permanent poker face in front of reporters, cards always tucked close to the chest. But last week, the furrows above Rantanen’s brow seemed deeper than usual. The kid didn’t have to say a word. The scowl said everything.

And the Avs are so insanely gifted offensively there were times late in the last series when you wondered if Colorado’s skaters were more concerned with getting No. 96 some love in the box score than finishing off the blues.

Bednar even put Rantanen on notice, somewhat, back on May 20, the day after that lackluster 4-1 home loss to St. Louis in Game 2 of the Western semis. The coach stressed, justifiably, during a news conference that the Avs needed No. 96 “to be an impact player.”

Since Bednar sounded the alert, the big Finn over his next five playoff games scored twice and put up four assists. In his six Cup appearances prior to May 20, Rantanen had taken only two shots per game.

“Now we’ve seen that (shot pace) start to tick up, (we see him get) more involved and (attack) the puck more in the offensive zone,” Bednar explained Wednesday.

“He’s been a committed guy defensively, but you need a guy like that to be part of your (offensive) production.”

If the Moose is feeling frisky again, if Rantanen’s turned a corner, Avs fans are in for one whale for a trip. If not? Things could get bumpy.

“I think I’m building (in) the right direction,” no. 96 said last week. “It just hasn’t been going in … (I’m) not thinking about (stats). This is the wrong time of the year to think about your personal stuff.”

It’s the wrong time of year to disappear, too. If this ride is going to get over the finish line with 16 postseason victories, Rantanen can’t be just a passenger.