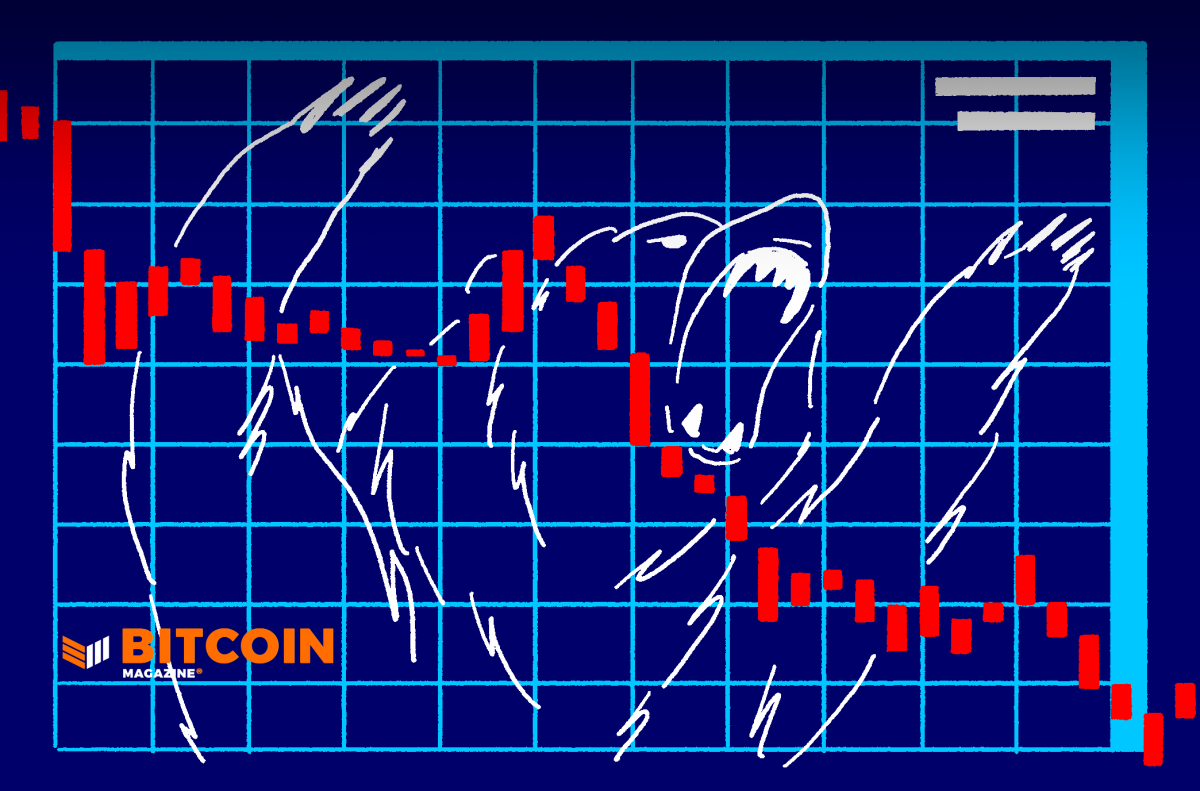 The below is an excerpt from a recent edition of Bitcoin Magazine Pro, Bitcoin Magazine’s premium markets newsletter. To be among the first to receive these insights and other on-chain bitcoin market analysis straight to your inbox, subscribe now.

Rates On The Rise

We can see some of these developments play out via the Eurodollar Futures curve where the market’s expected federal funds rate is steepening (more rate hikes), now expected to be over 4% in the second half of 2023. That’s in line with the Federal Reserve’s own projections that they’ve told the market: 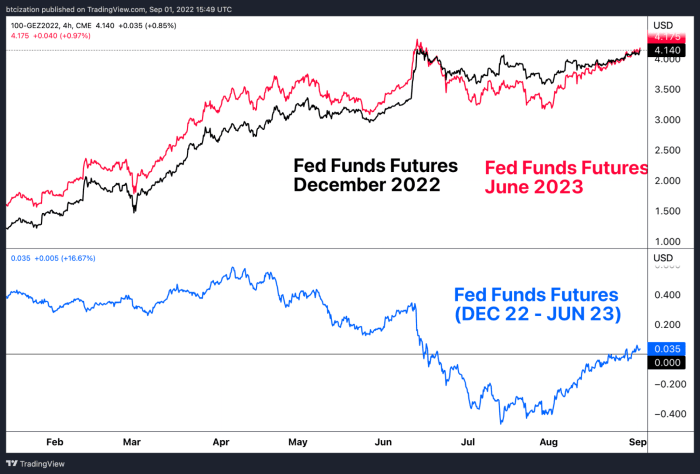 The S&P 500 Index now faces its fifth consecutive daily red candle and sits below some key technical areas that were holding as support.

After months of compression, volatility is also on the move with the VIX starting to climb higher alongside higher 1-month realized volatility across bitcoin, equities and Treasury bond futures.

As we head into another long holiday weekend, it’s been an eventful day in the market with weakness and increased selling pressure showing up in a number of asset classes. Some of the most important moves have been continued DXY strength as major market currencies continue to bleed against the US dollar and the rise in sovereign debt yields with the US 10-year over 3.25%. Yields across major European economies (Germany, Italy, Spain and Greece) are moving higher as well.

The argument for “rates have peaked” has been so far a wrong or at least, early call, as the market has walked back their consensus expectations for a Federal Reserve pause or pivot timeframe into early 2023. The thesis of a deflationary bust and quick return to a 2% inflation target continues to look further away as many of the Federal Reserve board members are publicly emphasizing the need to stomp out inflation at all costs on a media show-like tour, acknowledging that core problems have not abated. Jerome Powell’s Jackson Hole speech and Neal Kashkari’s recent Oddlots appearance are clear examples of this.

Comparisons to 2008 are misguided, due to the different inflationary outlook and macroeconomic backdrop. 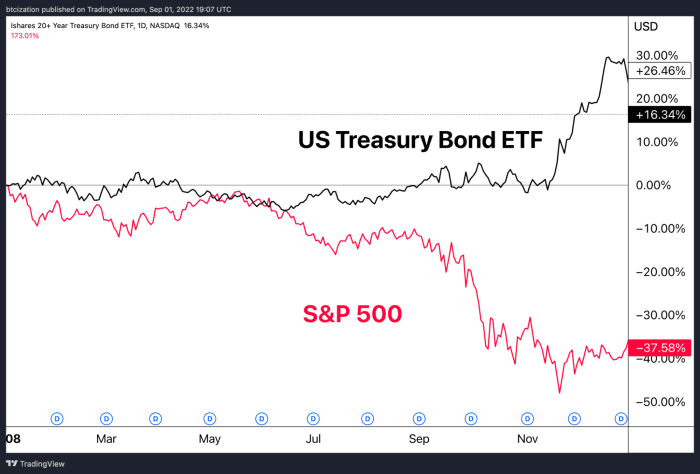 2008 was a credit-financed boom turned deflationary bust. 2022 is an inflationary bear market, where both equities and bonds have sold off in tandem. Much of the legacy financial and portfolio allocation is built upon the assumption that bonds and stocks won’t carry a positive correlation to the downside, and portfolio managers “diversify” accordingly.

Equities and bonds have been positively correlated over the last year during a period where equities went down. This is a first for the post quantitative easing fiat currency era. 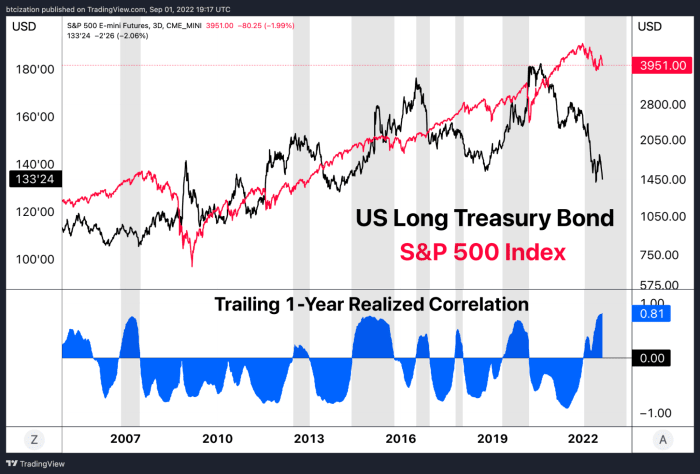 In a first for the post-quantitative easing fiat currency era, equities and bonds have been positively correlated as equities went down.

The positive correlation to the downside occurred again yesterday, as bonds got smoked on a massive move to the downside. At the time of writing US Treasury bond futures are -1.99% for an asset that traded with a volatility of 15.54% over the last month. 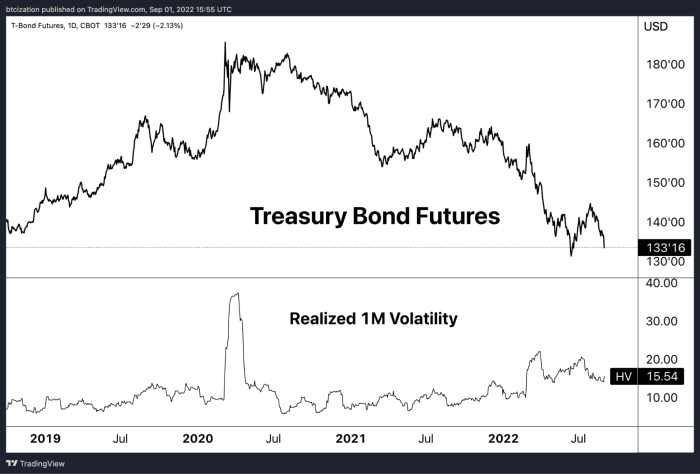