Is Ethereum Heading Toward $2,300? Here’s What The Chart Suggestions 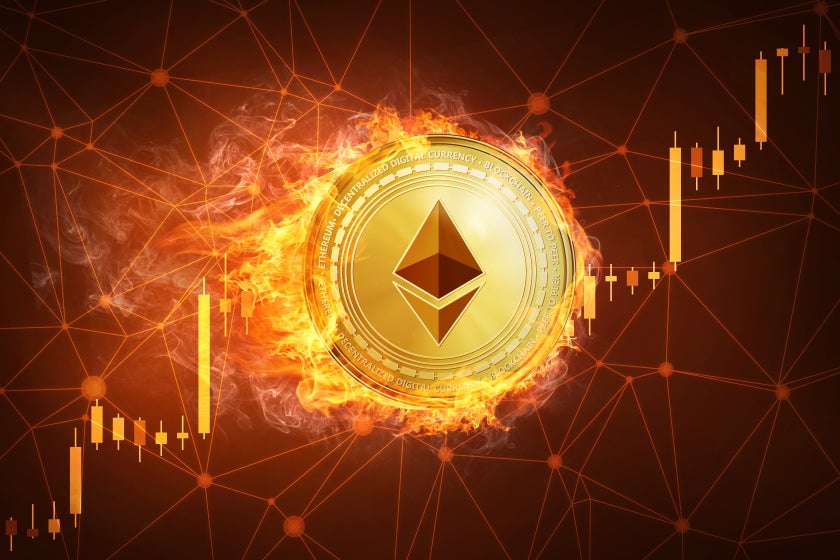 Ethereum ETH/USD shot up almost 5% during Friday’s 24-hour trading session before the move higher was expected by a bearish day in the general markets that saw the S&P 500 sliding 0.8%.

The crypto’s surge may have been due to algorithms recognizing a bull flag pattern had developed on Ethereum’s chart.

The bull flag pattern is created with a sharp rise higher forming the pole, which is then followed by a consolidation pattern that brings the stock lower between a channel with parallel lines or into a tightening triangle pattern.

A bull flag is negated when a stock closes a trading day below the lower trendline of the flag pattern or if the flag falls more than 50% down the length of the pole.

The Ethereum Chart: Ethereum’s bull flag pattern was developed between July 13 and July 21, with the pole formed over the first seven 24-hour trading sessions within that time frame and the flag created over the two sessions that followed. If Ethereum breaks up from the pattern again on higher-than-average volume, the measured move is a whopping 62%, which suggests the crypto could soar toward $2,300.

See Also: We Finally Have A Date Set For Ethereum’s Merge
Photo: Visual Generation via Shutterstock