Is Shiba Inu (SHIB) About To Go On A Massive Rally? 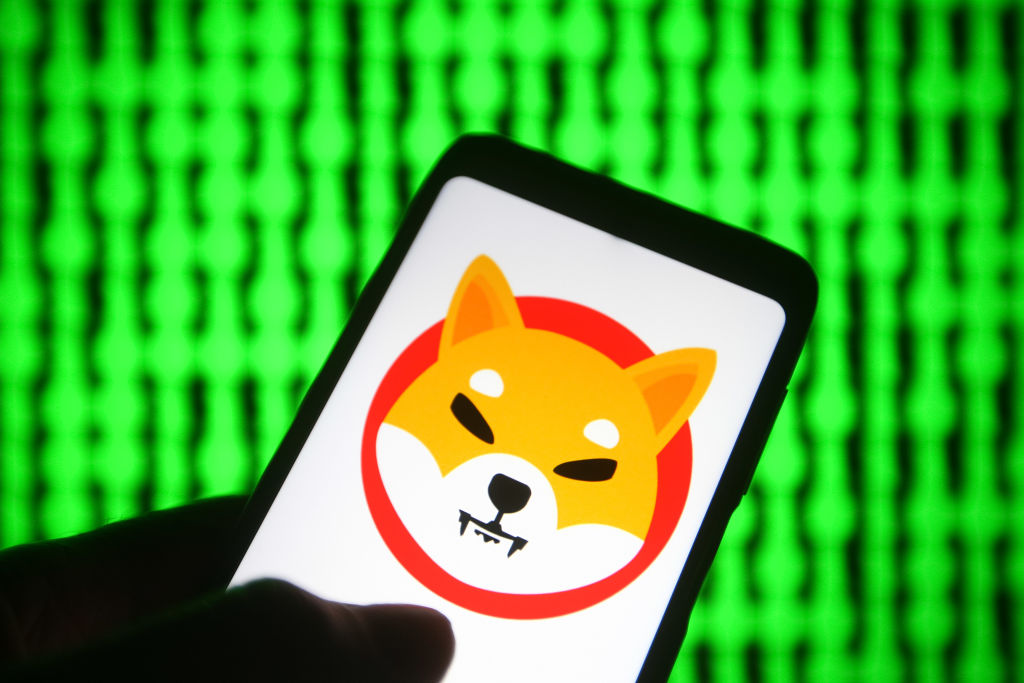 Dogecoin just went crazy. Now experts think that fellow dog-themed memecoin Shiba Inu (SHIB) could be hot on its heels. Discover everything you need to know about SHIB in this comprehensive price prediction.

Earlier this week, the price of Dogecoin (DOGE) surged more than 100% following the news that Elon Musk had officially acquired Twitter and would be making some drastic changes to the social media platform.

Now, a few different experts suspect that a delayed rally for similarly pooch-themed cryptocurrency Shiba Inu (SHIB) could be on the cards. Yesterday, senior analysts at FX Street published a technical projection that predicts that SHIB will likely experience a 40% increase in price over the coming days.

They’re not the only ones that predict a SHIB really in the near future. New data from the blockchain analytics firm Santiment shows that there’s a super interesting correlation between Shiba Inu (SHIB) and DOGE.

SHIB’s past correlation with Dogecoin

Historically, the price of SHIB tends to follow DOGE, with SHIB often witnessing a delayed rally once the price of DOGE begins to subside. This is because speculators that missed out on DOGE gains are looking to pump their bags elsewhere, and what better token to pump than a fellow dog-themed memecoin?

One of the other reasons to think that SHIB could see a fundamental uptick in prices over the coming weeks is that throughout the bear market — which has seen roughly US$2 trillion vanish from crypto markets — the developers behind the Shiba Inu ecosystem have been hard at work building out a host of cool new features for SHIB holders.

Developers have been hard at work on SHIB

What’s going on with Silvergate, the bank that props…

Earlier this year, developers revealed that SHIB could now be used to buy up parcels of virtual land in the SHIB Metaverse.

Despite the popular narrative that paints SHIB out to be a simple shitcoin solely driven by hype the tweets of Twitter’s new CEO, the SHIB ecosystem has also grown to support non fungible tokens (NFTs) and the decentralized finance (DeFi) platform ShibaSwap.

Adding more to the bull case for this token, in April this year, developers launched the SHIB burning portal ‘ShibBurn’, which has seen more than 100 billion SHIB, or US$500,000 taken out of circulation by being ‘burned’. When tokens are burned it means that they are deleted forever, making all of the remaining SHIB in circulation more valuable as a result.

Since SHIB’s inception in August 2020, approximately 450.32 trillion SHIB — roughly 45% of the token’s total supply — have now been burned.

With all of this in mind, the reason that these tokens experience such enormous swings in value is because they’re fundamentally speculative assets. While there’s a lot of evidence that points towards a likely SHIB rally, recent moves from the US Federal Reserve to keep jacking up interest rates paints a bleak picture for cryptocurrencies moving forward.

Major crypto pumps don’t occur in a vacuum. If everyone’s too scared to put their money into markets because they’re scared of inflation and increasing interest rates then there’s no reason to think that SHIB will go on a face melting run.

With that being said, Binance — the world’s largest crypto exchange — just introduced a new financial product called the ‘Bluebird Index’ which is a portfolio that includes a massive amount of DOGE. Couple this with the exchange’s CEO Changpeng Zhao telling Elon that he wants to help integrate crypto payments on the bird app through Binance payment services.

All of these points to a potential moment in the near future where Elon introduces DOGE for payments on the Twitter platform. If this happens, inventors can be relatively sure that Dogecoin could see another big pump.

TRON (TRX) Crypto Takes Off Ahead of USDD Launch Tomorrow

What’s going on with Silvergate, the bank that props up the US crypto market?

Crypto.com Review 2022 – It is Not Only Legit, It Is THE Exchange To Use