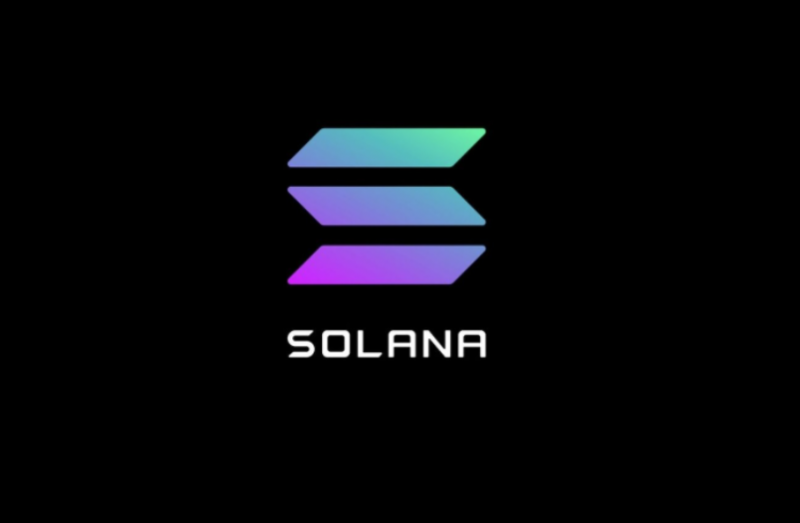 Solana could be one of such projects. The blockchain saw a meteoric rise in summer 2021 and reached a peak of $61 billion market cap in November 2021, with its native coin $SOL becoming the 5th biggest cryptoasset (historical snapshot from Coinmarketcap).

After having lost 96% from its all-time high, $SOL has slid to the 19th place in crypto rankings, with a market cap of only $3.7 billion. However, Solana troubles go deeper than just a decline in prices.

Blockchains like Solana (also called smart contract platforms) are created to support the development of DApps (decentralized applications), the cornerstone of web3. The more popular DApps are built on it, the more users will need its native coin to pay a transaction fee.

The oldest and most popular smart contract platform is Ethereum, with at least 375 DApps registering over 100 unique active wallets interacting with it on a monthly basis, according to DappRadar. Polygon, Ethereum’s layer-2 scalability solution and a rising star among blockchains, counts 194 such DApps.

Things are much worse for Solana, with only 36 DApps still keeping this threshold, and all of them registering a significant decrease in users (-50% on average vs last month).

What’s more, this week two of Solana’s biggest NFT collections, y00t and DeGods (both with over $9 million monthly trading volume), announced their intentions to leave the blockchain. DeGods will bridge its NFTs to Ethereum, and y00t – to Polygon.

NFT development has been a key direction of Solana’s marketing efforts and one of the reasons of its spectacular rise. Two of its most successful NFT projects leaving is a worrisome event that could prompt a larger-scale exodus, which would mean a death sentence for the blockchain.

The question that many crypto investors are asking themselves now is whether Solana could survive this predicament, and the best way to answer it is to analyze why it has gotten there in the first place.

Solana’s current troubles can be attributed to two main factors.

Technical. Solana was created in 2020 as an alternative to Ethereum, offering faster and cheaper transactions thanks to a version of Proof-of-Stake consensus. However, the blockchain is notoriously bad in handling congestion: only this year it suffered no less than 10 partial or full outages, according to its own reports.

With Ethereum switching to Proof-of-Stake itself, and the emergence of other scalable blockchains, there are not many reasons why a crypto project would choose to build on an unreliable Solana. In the past developers used to be lured in by a generous grant program, but the crypto landscape has changed a lot this year, and both the bear market and the demise of FTX have hurt Solana badly.

Ties with FTX. FTX, Alameda Research and Sam Bankman-Fried personally were greatly implicated in Solana’s success. Alameda bought an impressive amount of 58 million $SOL from Solana Foundation and Solana Labs in the blockchain’s early days (August’2020 – May’2021), which represented 21% of all $SOL in circulation as of May 2021. FTX invested in numerous Solana-based ventures, and SBF championed a decentralized exchange called Serum.

Since the FTX crash these ties have become toxic and Solana-related projects are doing their best to distance themselves from the scandal (eg Serum community has recently forked its protocol). Solana Foundation issued a detailed statement laying out all its transactions with FTX and precising that its exposure to the defunct empire was limited to $1 million in cash, 134.5 million of $SRM (Serum’s token), and 3.4 million of $FTT (FTX token) , all blocked on FTX. These assets were worth $190 million before the withdrawal freeze and less than $19 million (potentially 0) now.

While not catastrophic for the Foundation, the money loss and the reputational damage have seriously hindered its capacity to attract developers. According to Artemis, a crypto metrics website, the monthly number of developer commits has decreased by 26% (-50% over 3 months).

Solana is in a delicate position now, and its destiny depends on its founders’ ability to resolve technical problems and attract developers. Will the fix promised by Anatoly Yakovenko in November suffice? And will Saga, a smartphone integrated with Solana and expected in 2023, rekindle developer interest? That remains to be seen.

Can AAVE replicate the move to $65 as this technical indicator shows?