Jacob & Co’s new Astronomia Solar Bitcoin in black DLC is a $350,000 tribute to the world of cryptocurrencies 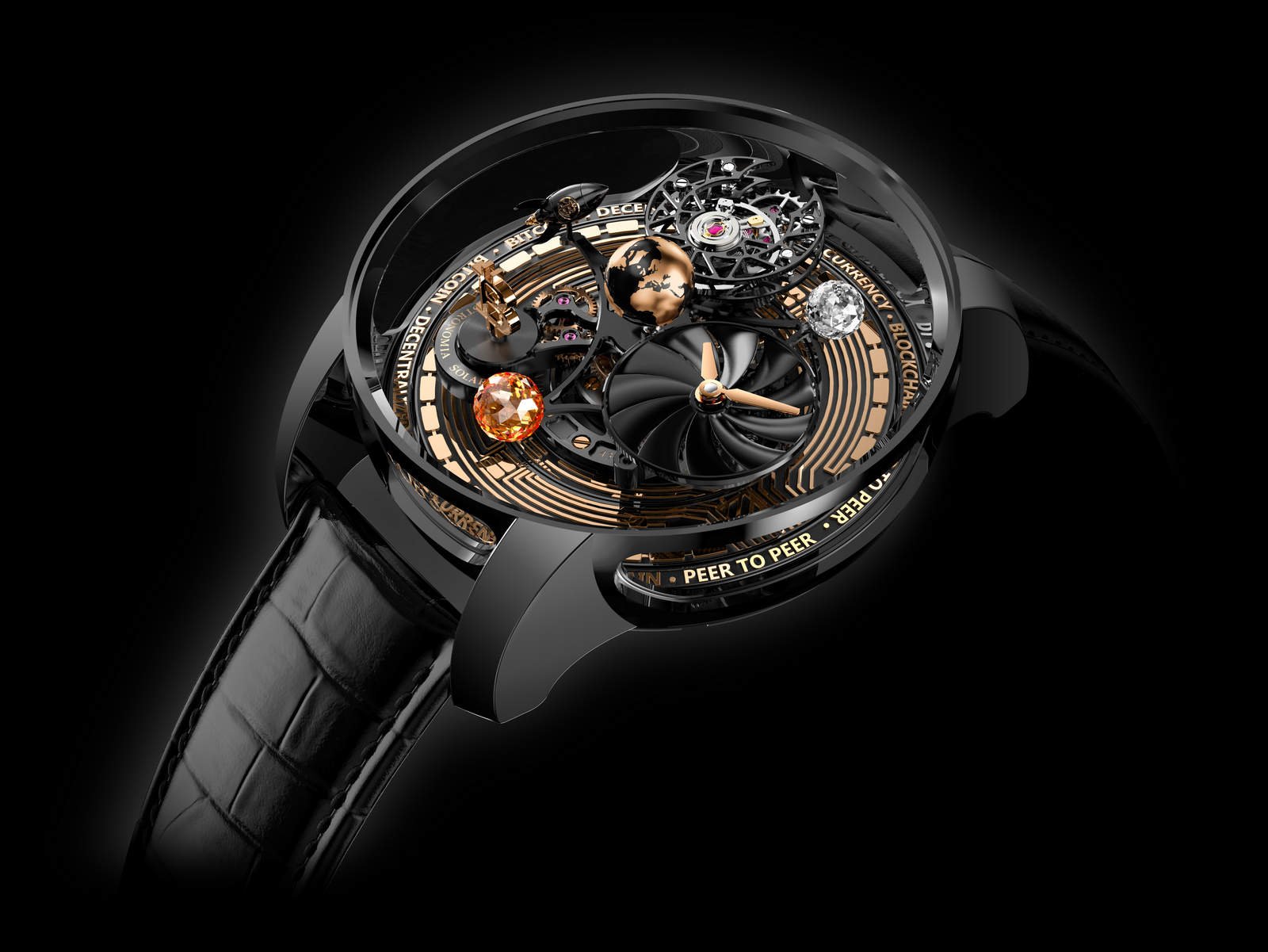 Jacob & Co has released a new limited-production timepiece that has been created as a “highly symbolic” tribute to the world of cryptocurrencies and the pioneering decentralized digital currency, Bitcoin. Behold the black DLC titanium Astronomia Solar Bitcoin, a stunning multi-rotational piece that’s limited to just 25 examples and can be purchased in the cryptocurrency of your choice. As the name suggests, the Bitcoin-themed timepiece is based on the brand’s Astronomia Solar wristwatch which debuted in 2017 and is the most compact piece in the Astronomia line-up. While the watchmaker has preserved the rotating solar system on the dial, the Astronomia Solar Bitcoin is covered with plenty of visual tributes to celebrate the leading cryptocurrency.

The overall shape and design of the 44mm case are pretty much unchanged. It still features wide lateral openings in the case band that offer a 360-degree view of the dial and the highly-complex movement. The case is crafted out of titanium to make it lightweight, while it has been given a DLC (Diamond Like Coating) treatment that gives it a pure-coal-like black finish and diamond-like hardness. The dial is where the Bitcoin-themed watch is very different than the standard model. The center is occupied by a blackened rotating Earth instead of the Sun. A yellow sapphire sun and a 1ct diamond moon along with a miniature black rocketship orbit around the Earth. 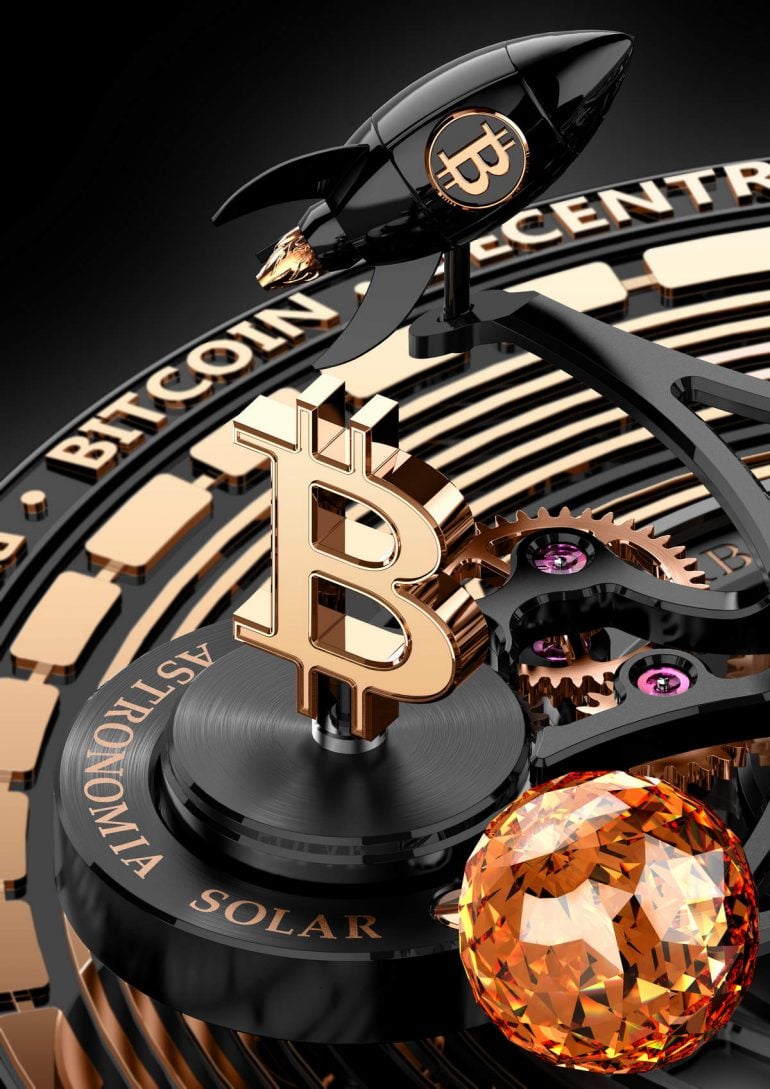 The time display sub-dial is made to appear like a motherboard fan as a node to the ones found in Bitcoin mining farms’ servers. Furthermore, the mainplate has been designed to resemble an integrated circuit with a web of electronic connections linking microchips and is encircled with keywords linked to the world of cryptocurrencies. It is powered by the Exclusive JCAM19 caliber which is composed of 444 components, all finished to the highest standards of haute horlogerie. The watch is supplied with a black alligator strap with black stitching and a black DLC titanium deployment buckle. The Astronomia Jacob & Co Solar Bitcoin can be purchased using any leading cryptocurrency for an equivalent of $348,000.

Bitcoin’s Inequality Problem Is Putting the Dollar to Shame