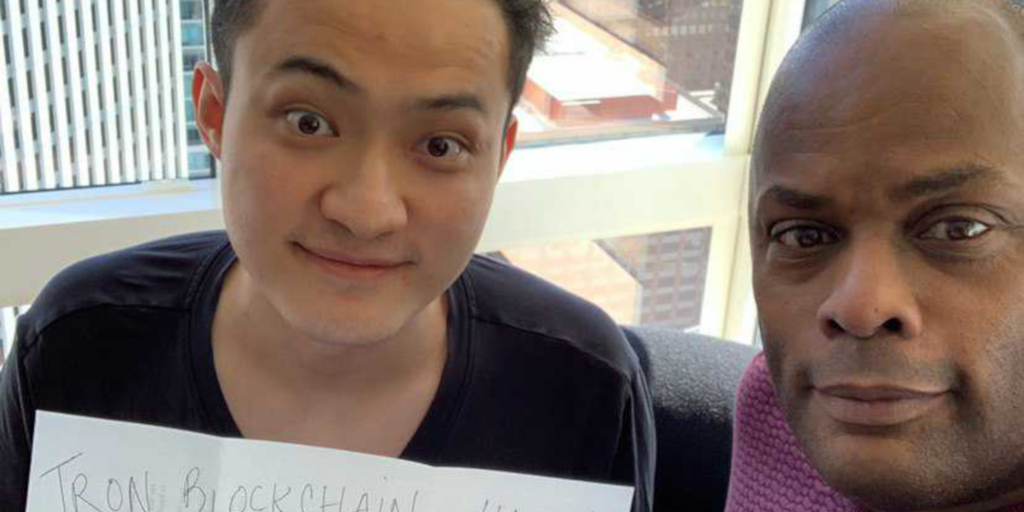 Are Chinese authorities preventing Tron CEO Justin Sun from leaving that country? Or is he in San Francisco healing from kidney stones, as he and his PR team insist?

But Sun, through his PR team, provided a “hashed” photograph, shown above, that appears to show him in San Francisco on Tuesday. And later in the day, he appeared to be live streaming, via Periscope, from San Francisco, where the Bay Bridge was visible over his shoulder.

Regardless of where he is, Sun has denied the Caixin report as “completely untrue,” according to YahooFinance reporter Krystal Hu. “I’m safe. When I recover, I will meet everyone. Didn’t mean to put you in worry!” Sun reportedly said via Weibo.

Lastest response from Justin Sun—”The Caixin report is completely untrue. I’m safe. When I recover, I will meet everyone. Didn’t mean to put you in worry! ❤️” pic.twitter.com/j1tXsrfEA0

Multiple sources have also told Decrypt that Sun is indeed in San Francisco recovering from kidney stones, as he claims.

A photo of Justin Sun allegedly taken in San Francisco, hashed to prove its authenticity.

Sun, who could not be directly reached for comment, has denied any wrongdoing via his Weibo account:

“The illegal fundraise accusation is wrong,” hey said, claiming that Tron has always complied with Chinese law ever since ICOs were banned there in the fall of 2017. Indeed, Sun said, “the Tron foundation is based in Singapore in compliance with local regulations and laws. … and does not involve any flow of capital, or any crypto or fiat currency onramp.”

Today’s bizarre, back-and-forth news came on the eve of a lunch date with Warren Buffet, a meeting for which Sun famously paid $4.6 million at a charity auction. But late yesterday, the Sun announced that he had come down with a case of kidney stones, and had been forced to withdraw from his highly anticipated “Power Lunch” with the business magnate and cryptocurrency skeptic.

Almost immediately after Sun’s announcement of the Buffett buffet postponement, stories began to crop up that the real reason Sun wasn’t able to make to San Francisco for his date with Buffett is that Sun may, in fact, be grounded in China.

It’s been reported on Weibo that Justin Sun was issued an exit ban by China’s Ministry of State Security & is currently under investigation for money laundering, Ponzi fraud etc

How can Justin have lunch with Buffet when he isn’t even allowed to leave China!$TRX pic.twitter.com/NSdM882veY

Then came a variety of rumors, including a likely faked screenshot of a Weibo chat in which Sun tells someone that the whole lunch thing was a set up.

“It’s great that you shorted TRX. Only you can make money from canceling lunch with Buffet,” an unidentified person says to Sun.

“I’ve emphasized so many times that making money is of the ultimate importance. Everyone thinks that Buffett is giving me a lesson during lunch. I want to give him a lesson before lunch,” Sun supposedly says in the screenshot that’s making the rounds today.

Normally, this sort of thing would be immediately dismissed as an obvious fake. But Sun’s credibility has suffered a number of blows over the years—and recently.

Earlier this year, Sun drew heat for balking on his promise to deliver a shiny new Tesla to one of his Twitter followers. At best, it was a botched giveaway—a PR stunt gone awry. At worst, it was all a “scam” from the start, as the “winner” of the Tesla—who never received the promised prize—described it at the time. Then there was the time that he announced that Liverpool FC had entered into a “partnership” with Tron, a claim that mystified the football team.

Two weeks ago, police were called to Tron’s Beijing offices to hold back an angry mob of Ponzi scheme victims who blamed Sun’s outfit for a fraud that collectively bilked investors out of $30 million. Sunly allegedly failed to dissociate his platform from the scam—and may have even profited by keeping quiet about it, according to the scorned investors.

Indeed, Sun’s credibility problem goes deeper, and can be traced all the way back to Tron’s origins—a whitepaper supposedly ripped off from Vitalik Buterin’s Ethereum.

Now, Sun claims he has paid for the lunch, and that it will simply be postponed.

That remains to be seen, of course. Meanwhile, Buffett once famously called Bitcoin “rat poison squared.” The Sun lunch was supposedly going to change the Sage of Omaha’s mind on that count.

But it’s beginning to look like Buffett will think crypto is actually rat poison cubed.

Story was updated to include photograph of Sun in San Francisco. Tim Copeland—who obtained the photograph—contributed to this story.