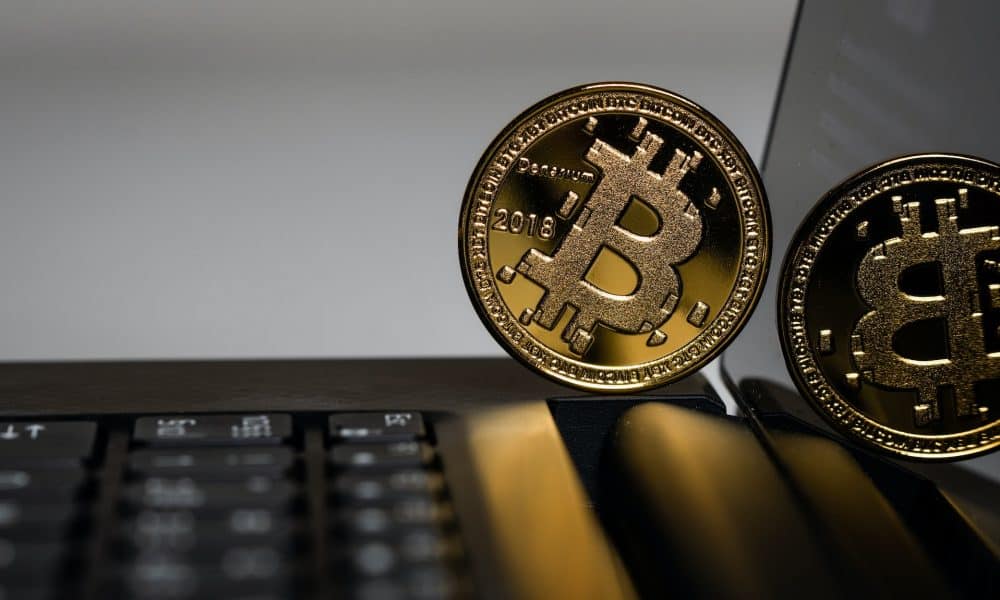 Navigating the world of Bitcoin and cryptocurrencies, in general, has been a rough rollercoaster in 2022. That chapter is now closed and we have now entered into new unchartered territory. Every crypto enthusiast and their dog are now wondering whether 2023 will bring good tidings or whether it will turn out worse than 2022.

While short and long-term projections are common, Bitcoin’s performance in 2022 demonstrated a huge scope of unpredictability. Perhaps a recap of its performance may help put things into perspective. At its current price level, Bitcoin is drawn down by roughly 75.92% from its all-time high.

It is important to take note of where most of this drawdown has occurred. It’s from around November 2021 to the end of 2022. Why is this important? Well, mostly because of the time period in which it occurred.

The economic perspective and Bitcoin’s correlation with risk-on assets

If we cross-reference the start of the Bitcoin bear market and the US Federal Reserve commenced quantitative tightening, we see a pattern. And this is where the inflation link comes in.

Numerous factors and events in the last three years stressed the global economy and pushed major economies in the blink of a recession. The COVID pandemic affected global trade and placed a lot of stress on the global economy.

The Russia-Ukraine was added salt to the proverbial wound as economic pressures mounted. The key denominator was inflation. Governments printed money heavily during the pandemic and this rapidly raised the level of inflation across the globe. The dollar particularly played a pivotal role in exporting inflation across the world as the global reserve currency.

People had invested heavily in BTC using cheap funds available at low-interest rates. But the government’s plan to fight inflation involved raising interest rates as part of its strategy to mop up the excess liquidity.

Bitcoin found itself in the economic crosshairs and as a result, many people started panic selling as quantitative tightening hammered down.

The end of cheap money

With cheap money quickly being sucked out of the markets, the economic pressure had a negative cascading effect on risk-on assets. Bitcoin happens to fall into this category despite it being considered an inflation hedge. The combined economic factors resulted in strong outflows reflected in Bitcoin’s market cap. 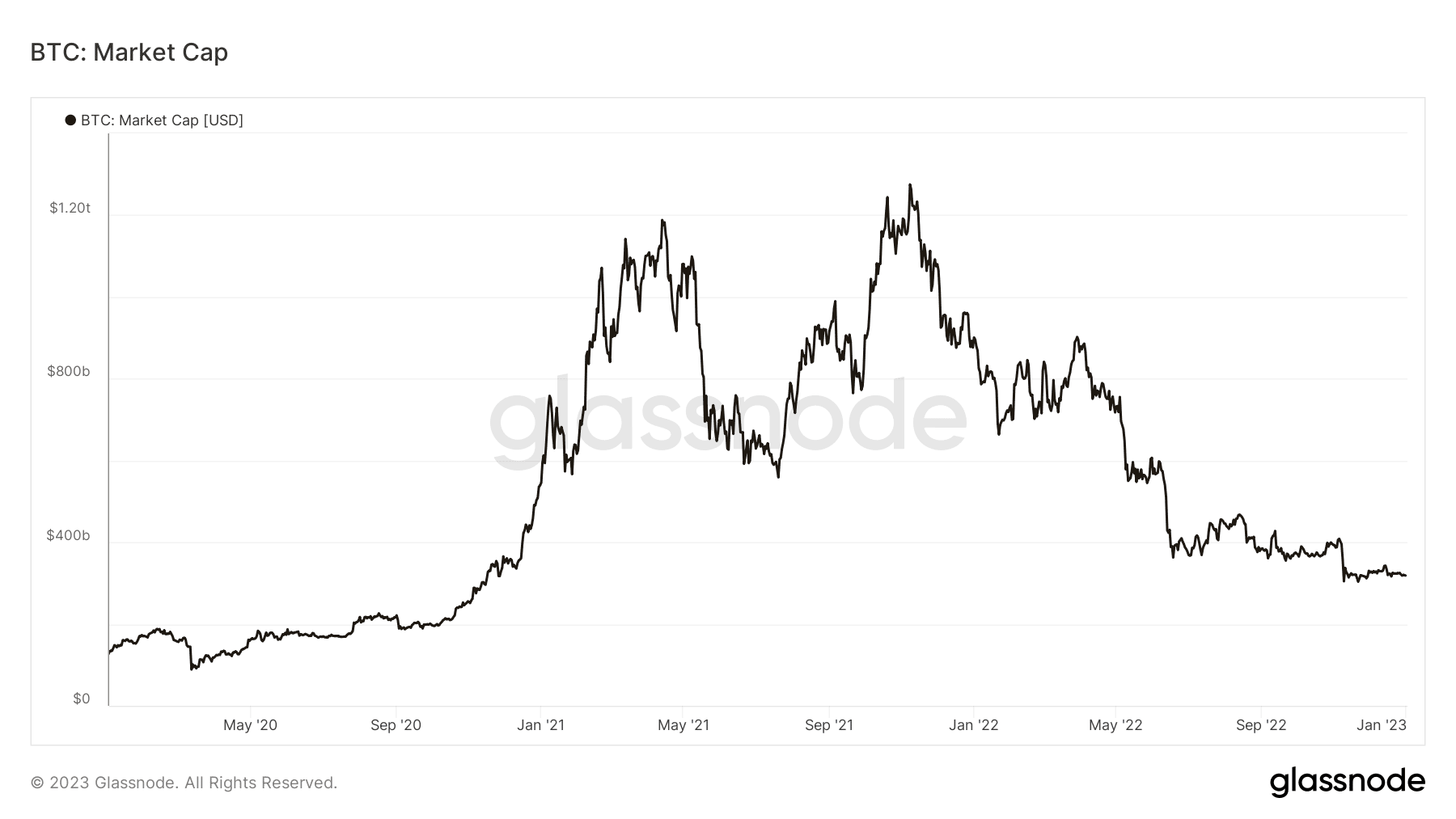 The outflows were sharp at the beginning but the pace slowed down towards the end of 2022. Now that we have a deeper perspective into what ailed BTC bulls in 2022, we can start looking into key factors to consider that may offer insights into 2023 expectations.

The relationship between Bitcoin and the bonds market

Bitcoin’s 2022 performance proved that there is, in fact, a link between BTC’s performance and the traditional finance market. Before we get into bonds, we have to look at what the FED is currently aiming at.

As noted earlier, the FED has put up an aggressive fight against inflation by raising interest rates. However, this strategy might not be effective in the long run.

An analysis by Sean Foo highlights the potential risks that the markets might experience in 2023. FED Chair Jerome Powell’s 2% target is quite ambitious and it underscores the potential for more quantitative tightening ahead.

Such an outcome means we might see more uncertainty, as well as higher pressure on risk-on assets, and this, is where bonds come in.

Bonds are preferable when the overall investment landscape is deemed too risky. As a result, investors have shifted their attention toward the bonds market, especially in the United States. This is because investors would rather have their funds in risk-free investments such as bonds.

Under normal conditions, the demand for Bitcoin is expected to be low if there is a higher demand for bonds. However, the bonds yield curve is inverted and this means there is a high chance that the FED might cause an economic recession.

More risks ahead but a potential hail Mary for Bitcoin

The aforementioned scenario (inflation) may make bonds appealing but then that whole picture is starting to look like a house of cards. This is because the economic war between the United States, China, and Russia has intensified.

In 2022 we saw a further push towards de-dollarization, especially from China. Meanwhile, Russia walks a similar path after being slapped with heavy sanctions.

The European Union (EU) is pushing toward confiscating billions of wealth owned by Russia as part of the sanctions. This move may trigger fears across other nations, encouraging them to de-dollarize. Such an outcome may encourage many countries to offload their dollar bonds.

If these events do come to fruition, the greenback might become weaker. Investors have been rushing toward gold and this will likely be the outcome for Russia if its assets are confiscated.

It will likely use its dollar holdings to buy gold, placing more pressure on the US dollar. Bitcoin might enjoy some demand too if this happens.

Will Bitcoin see a resurgence of demand in 2023?

Now that most of the borrowed liquidity that contributed to the 2022 Bitcoin crash has been wiped out, Bitcoin may finally make more sense as an inflation hedge. This is because like gold, Bitcoin does not have counterparty risk. This means the crypto companies liquidated in 2022 might be a blessing in disguise.

Bitcoin addresses have been steadily growing in the last three years, with over one billion addresses. On the other hand, the addresses holding over 1,000 BTC have dropped substantially in the last 12 months. 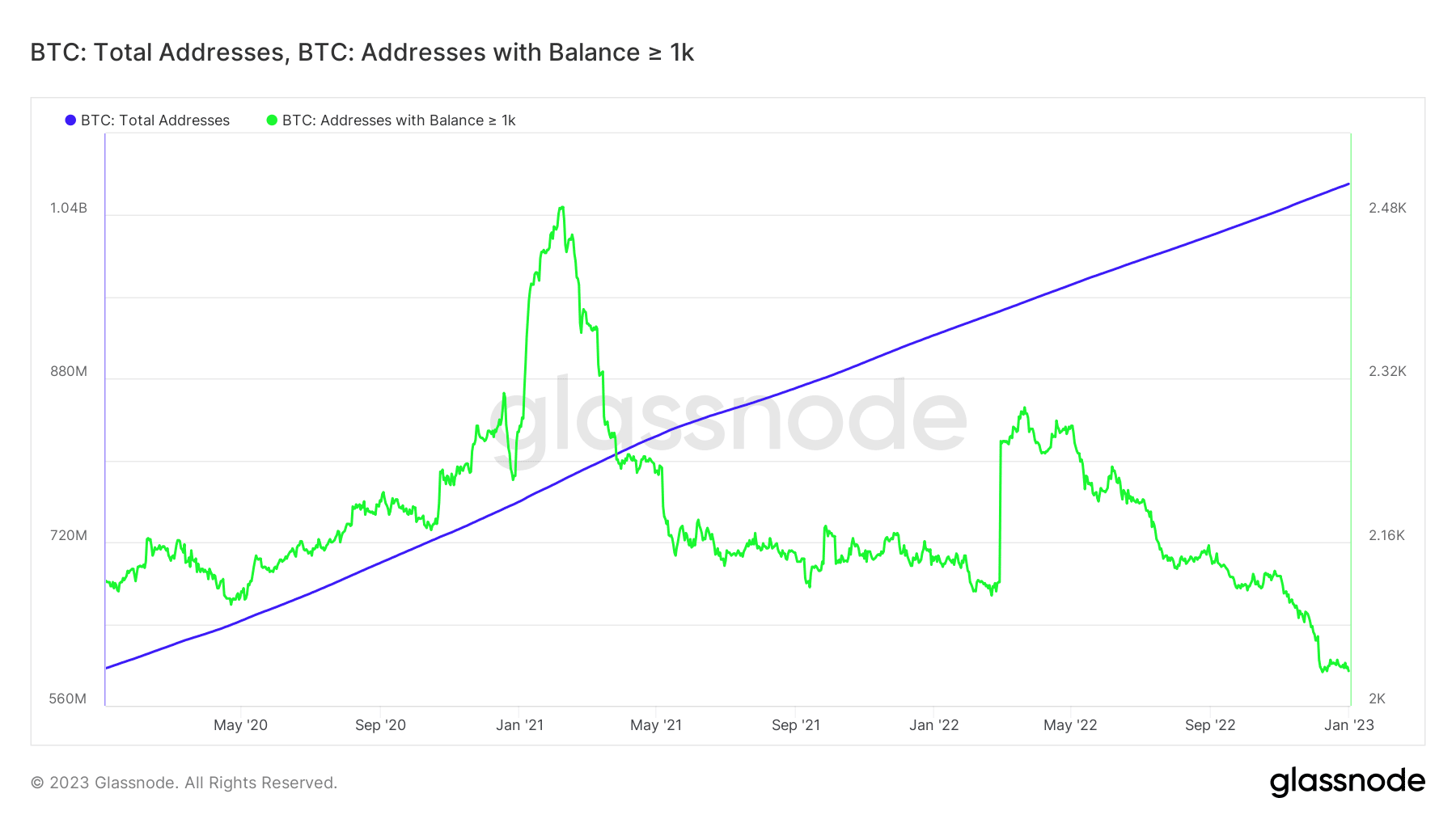 A resurgence of demand from addresses holding over 1,000 BTC might help the bulls to recover because it would indicate whale accumulation. These bullish expectations also align with a Bitcoin cycle analysis. 2023 may also mark the start of the next Bitcoin cycle.

They start every 4 years.

We might see a resurgence of Bitcoin demand in 2023 if the stars align. However, there is still a lot of uncertainty, especially with the current economic conditions and the aforementioned risks.