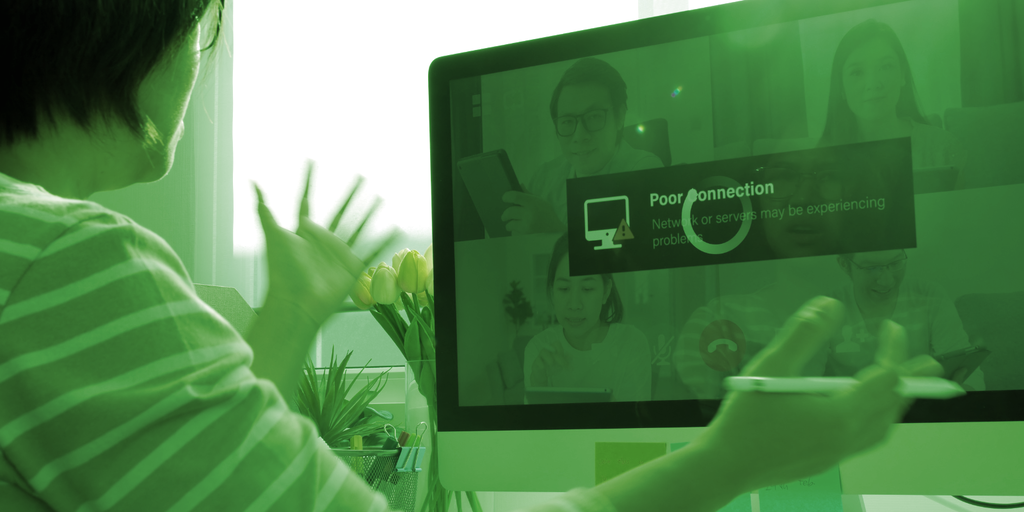 Amid Tuesday’s crypto crash, leading US exchanges Kraken and Coinbase again reported connectivity issues at 1:03 pm EST and 1:53 pm EST, respectively. Both exchanges said the issues were affecting their website and mobile services.

For Coinbase, the problem manifested across its various platforms, including Coinbase.com, Pro, and Prime platforms. Coinbase assured its over 108 million customers the company was “all hands on deck” to fix the issue, which the exchange managed to do an hour later.

“We are investigating reports from clients having difficulty connecting to the site as well as via mobile apps,” Kraken support meanwhile reported, but did not provide details. About two hours later, the exchange noted on its status page that “the issue has been identified and a fix is ​​being implemented.”

“At this time, we do not have information we can share on the cause of the issue,” Kraken support had told Decrypt, directing customers to the Kraken status page for updates.

On the Kraken status page, the company reported that its over six million clients might still encounter intermittent connectivity issues when accessing some parts of the website.

“Trading is fully operational. We appreciate your patience and apologize for any inconvenience,” Kraken support wrote.

On its status page, Coinbase said the latest outage had affected its web and mobile services, resulting in users being unable to sign in to their accounts and latency issues for those who could sign in.

“We’re currently experiencing network connection issues,” Coinbase tweeted. “This could result in difficulty signing in. If you’re already signed in you may experience slow loading across web and the mobile app.”

We’re currently experiencing network connection issues for https://t.co/ohqDivlp6Y, Coinbase Pro, and Coinbase Prime. This could result in difficulty signing in. If you’re already signed in you may experience slow loading across web and the mobile app.

“While we see why this would be of interest to the public, we are unable to elaborate on the specific nature of this incident for security purposes,” a Coinbase support rep told Decrypt via Twitter direct message.

Market volatility continues to be an issue that plagues cryptocurrency exchanges. Last month, Coinbase suffered a “major outage” after seeing a $569 million spike in trading volume in 24 hours on its exchange, according to CoinGecko.

In 2021, Coinbase saw two outages due to high trading and market volatility. In January, the crypto exchange went down during Bitcoin’s run-up to $40,000 and subsequent drop. At the time, the 24/7 nature of the crypto market was cited as the culprit making it hard for exchanges to prepare for spikes in trading.

On January 6 and 7th, the API that powers https://t.co/bCG11KMQ6s and mobile applications experienced instability for our customers globally. Full service has been restored, and we deeply apologize for any inconvenience as we work to upgrade our systems.https://t.co/k0ajiW0deG

In May of 2021, several crypto exchanges, including Coinbase, Kraken, and Binance, saw several interruptions due to high trading volume.

“Traditional exchanges allow trading 6–8 hours a day, 5 days a week. It provides a 16-hour window each day to do any maintenance of technical infrastructure and full 24 hours on weekends,” Dmytro Volkov, CTO of cryptocurrency exchange CEX. IO, told Decrypt at the time. “Crypto exchanges usually operate 24/7, and it’s much more difficult to maintain such a system.”

Editor’s note: this article has been updated to note that both Coinbase and Kraken have reported that they have fully restored service.

Is Cardano Dead? Here are the facts