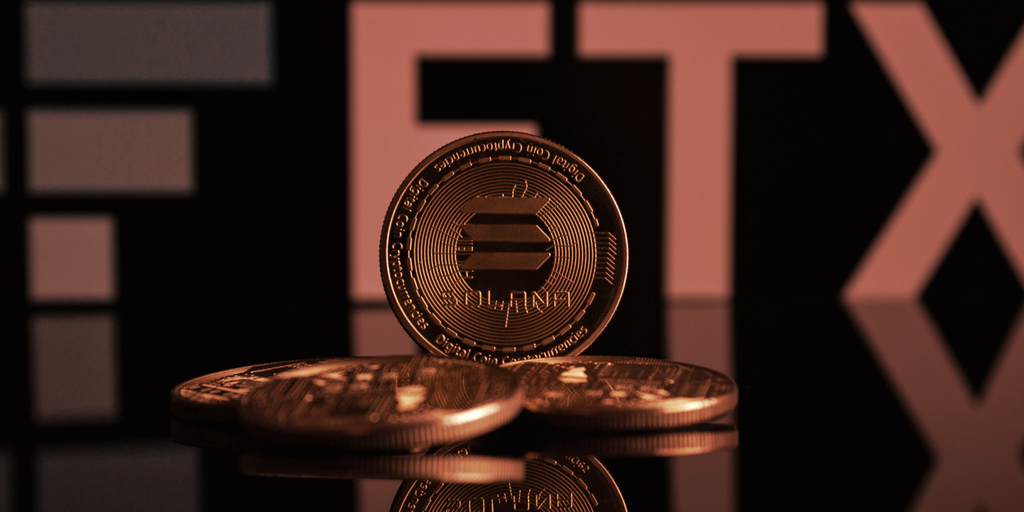 The fall of Sam Bankman-Fried didn’t just topple a $32 billion cryptocurrency exchange in FTX—it also threatened to undo the fabric of decentralized finance on the crypto prodigy’s blockchain of choice, Solana.

Serum, founded in August 2020 by a consortium that included the Solana Foundation and Bankman-Fried’s FTX and trading desk Alameda Research, was a core decentralized exchange platform and liquidity provider for the burgeoning Solana DeFi ecosystem. Its order book was crucial for DeFi on Solana, integrated into virtually all of the biggest DeFi projects on the network, like Jupiter and Raydium.

But its private keys were housed within FTX—which is exactly as bad as that sounds.

Following an apparent hack on FTX on November 11, the same day that the company filed for bankruptcy, DeFi projects on Solana rushed to cut ties with Serum out of fear that the private key that could be used to update the program had likewise been compromised. This effectively flipped the “off” switch on Solana DeFi.

Confirming that we turned off @ProjectSerum as a liquidity source a few hours ago due to security concerns about upgrade authorities, and we also encouraged all our integrators to do the same.

The ecosystem is working on a fork right now, and we will supporting it asap 🔥

1/ A couple updates given recent events:

In an effort to limit any exposure to 3rd party protocols, the AMM paused market making on Serum. 100% of AMM liquidity is now contained in the pools and no liquidity is being shared to Serum. https://t.co/jEU6LkYz7H

Since then, Solana developers, investors, and other stakeholders have been scrambling to turn it back on, pushing ahead with a fork of Serum—essentially a copy of the code, free of any ties to Bankman-Fried or FTX.

Now, the community behind OpenBook, the successor to Serum, has to wrestle with some thorny tokenomics questions after reaching $2.7 million total value locked since it was added to DeFi Llama last week.

“The community’s evolution from Serum to OpenBook has been great to watch,” Solana co-founder Anatoly Yakovenko told Decrypt. “The community mobilized quickly and in the open to redeploy Serum so it continues on a new, secure path, with decisions made by and for the community members,” he said. “Open Book is a great demonstration of decentralization in action.”

How it started, how it’s going

Serum promised to make DeFi transactions faster and cheaper—a tout that had more zeal when gas prices on the pre-merge, proof of work version of the Ethereum network were prohibitively high—all while “remaining fully trustless and transparent.”

It’s become a common refrain among the decentralized finance, or DeFi, community that decentralization solves problems that have been cropping up at centralized giants like FTX. Its proponents say DeFi doesn’t leave the fate of an entire protocol in the hands of one person.

Except when it does.

“The Serum program update key was not controlled by the SRM DAO, but by a private key connected to FTX,” pseudonymous developer Mango Max wrote in a thread on Twitter on November 12, saying he’d been in touch with new FTX CEO John Ray. “At this moment no one can confirm who controls this key and hence has the power to update the Serum program, possibly deploying malicious code.”

I woke up this morning to the devastating news that FTX security was breached last night. It is not clear which parts have been compromised, but a general warning was issued by John Ray the new CEO. (1)

That Serum’s private key was compromised was bad enough. The revelation that a centralized exchange, not the Serum community, had unilateral access to it was worse. To put that kind of shock in perspective: It’s as if the Ethereum DeFi community found that Coinbase controls the private keys to Maker or Uniswap.

In the past month, DeFi volume on Solana has dropped below $20 million, down by 75%, according to DeFi Llama. But there’s still $293 million in total value locked in DeFi on the network and developers, like former Coinbase engineer Mert Mumtaz, are trying to rally people to keep the ecosystem alive.

“DeFi on Solana has taken a hit, but it’s coming back stronger than ever,” hey said on Twitter on Monday afternoon. In the tweet, he said that Helius, the development platform of which he’s CEO and co-founder, would provide free subscriptions to Solana developers.

To help, we (@heliuslabs) are offering free subscriptions (RPCs, APIs, and Webhooks) for anyone helping build the future of SOL DeFi

But free help has its limits, and OpenBook still needs a sustainable way to compensate developers who work on the project.

One of Serum’s features was its utility tokens, SRM, which granted holders a 50% discount on trading fees and access to the governance process. Now court documents from FTX’s bankruptcy proceedings show that the company, which helped create Serum, counted $5.4 billion worth of SRM tokens in its reserves. FTX’s stash, which is almost certainly going to be liquidated to satisfy creditor claims, accounts for 97% of the token’s supply.

Taking SRM out of the equation for OpenBook has been an easy decision for the community. “OpenBook aims to have nothing to do with SRM,” Soju, head of business development at Solana lender Solend, wrote in the project’s Discord last week.

Soju ran the project’s community call on Monday morning, during which there was plenty of debate on whether OpenBook needs a token at all. A couple of people on the call wondered aloud if they could count on the Solana Foundation for grants that would make it worthwhile for developers to keep working on the project.

“The foundation is very keen on funding grants, at least for the foreseeable future, for OpenBook development so that we can maintain this core piece of liquidity infrastructure for DeFi, however that well is not infinite,” Ben Sparango, head of business development at Solana Labs said during the call. “Each one of these grants will be evaluated on a case-by-case basis. So it’s not going to be free money forever.”

He later pointed out that an upcoming Solana Foundation hackathon in January would focus on DeFi and encouraged OpenBook to submit requests for proposals, which would push some of the work to hackathon participants.

But grants and hackathons don’t add up to a sustainable DeFi project. As pseudonymous developer Jimthereaper put it during the call: “Grants don’t work.”

Developer Mango Max pointed out that there has always been some trepidation around DeFi on Solana because of Alameda’s involvement with Serum.

”There’s always this element when you have a big stakeholder, like Alameda was in the ecosystem, that some people are like, ‘Oh there’s nothing for me to do here.’ And as for the liquidity side, a lot of traders were cautious to come to Solana because they thought, ‘Oh, it’s just like trading on FTX.’ Then at the same time, there were people who were cautious to launch an order book because that was Alameda territory,” he said during the call. “Now, there’s a clear sign that people can start working on stuff and they want to do it as part of a community effort.”

In some respects, the Solana DeFi ecosystem always seemed crowded with Bankman-Fried’s Serum as a central piece of infrastructure and Alameda Research relying heavily on yield farming—the practice of providing liquidity to automated market makers in exchange for token rewards. The former FTX CEO was known to be so enamored with it as a strategy that he infamously described yield farming as a “box” on Bloomberg‘s Odd Lots podcast, saying investors put money into DeFi protocols and then take profits out.

It’s a comparison that drew lots of criticism for sounding a lot like a Ponzi scheme, which lures new investors and uses their money to pay profits to earlier investors as long as the originator can keep the ruse up.

On-chain data shows that with at least 18 different tokensAlameda Research would accumulate assets, earn yield on them, and then sell its stash on the market right after prices spiked following their listing on FTXaccording to compliance firm Argus.

But now the original serum protocol has ground to a halt. Even if it still has a long way to go, OpenBook has already managed to integrate with Jupiter, Raydium other Prism since it launched and did $1.8 million in volume over the past day.

During the third quarter, there were signs that Solana’s DeFi ecosystem was starting to mature and stabilize—even if the bear market has been brutal on prices expressed in US dollars, Messari analyst James Trautman wrote in a recent State of Solana report.

In fact, it’s the distribution of total value locked—a DeFi metric typically abbreviated as TVL—across DeFi protocols that helped mitigate the risk of any one project bringing the whole thing down.

“Some top networks by TVL have exposure to single applications with anywhere from 50-60% of the ecosystem’s TVL,” Trautman writes. “In contrast, no single Solana application appears ‘too big to fail,’ with Solana’s largest DeFi protocol, Solend, capturing only 14% of TVL at the end of Q3.”

As of Wednesday, DeFi volume on Solana over the past day was $27 million—less than 2% of volume in the entire DeFi ecosystem, according to DeFi Llama, which tracks activity on 78 different blockchains.

Solana DeFi volume hit an all-time high of $568 million on November 9, the day $800 million worth of SOL tokens held by validators were set to unlock. If the tokens had suddenly hit markets, it could have tanked SOL’s already lagging price. To head off calamity, the Solana Foundation halved the number of unlocking tokens and restored its own supplymeaning it recommended a substantial portion of SOL tokens to the network and prevented them from hitting the market.

Earlier that day, Solana co-founder Raj Gokal described the events leading up to it all as the network’s “crucible moment.”

this crucial moment for @solana ecosystem is as difficult as the last one. the difference is, there are 10x more of us to band together this time. next time, there will be 10x more.

and each time, we’re stronger. the fundamentals are better.

But the direction that Serum’s successor appears to be going could, in the end, be a boon for SOL, as it further escapes the shadow of FTX. There have even been calls for SOL to become the token that grants discounts and gets used to pay developers who work on OpenBook. A tweet about it from pseudonymous NFT collector R89Capital gained some traction last week as Solana co-founder Yakovenko, Mango Max, and Helius’s Mumtaz all chimed in.

Someone floated the idea of ​​using $SOL as the @openbookdex token.

Yakovenko said he was against it because OpenBook presented the opportunity to launch a completely fresh token, “with no pre-mine or bullshit and see what happens.” Mumtaz seemed intrigued, but didn’t say whether he’d support it. Mango Max said last week and repeated on Monday morning’s call that he’d prefer not to introduce a token to OpenBook.

John Kramer, co-founder of Dual Finance, said during the call on Monday that he feared a token is inevitable and the Solana DeFi community that forked Serum to launch OpenBook should take the opportunity now to create some guidelines around how it happens.

”I think it’s inevitable there will be a token, so why not spend some time to figure out what that might look like. We don’t actually have to implement anything, but if we’re going to get community buy-in, then we should have some sort of a say in what that looks like,” he said, “because human nature just demands that it will eventually happen. People are going to want to be incentivized to work.”